NYU Shanghai Global Writing & Speaking Fellows provide academic support and enrichment for the students at NYU Shanghai. Fellows provide support in writing, speaking, and general academic skills. They work closely with faculty, and they tutor, teach, and collaborate with different university departments to spearhead projects and initiatives that enrich the student academic experience and university community at large. Fellows also have the opportunity to work on their own writing and research projects over the course of the academic year. Find out more about how to apply to be a Global Writing & Speaking Fellow. Porter grew up in North Carolina and graduated from New York University with a degree in English and American Literature. In 2018 he received the William Bush Baer Memorial Prize from the NYU English Department. During his time as a student, he worked as a peer tutor at NYU’s Writing Center and served as a College Leader for the College of Arts and Science. His senior thesis examined collective memory and photography in Post-9/11 novels. Last year, Porter enjoyed his time at NYU Shanghai tutoring in the ARC, working closely with the first-year course “Global Perspectives on Society,” developing the Writing Partners Program for multilingual speakers, and completing a draft of his novel. He is thrilled to return this year as the Senior Lead Writing & Speaking Fellow. 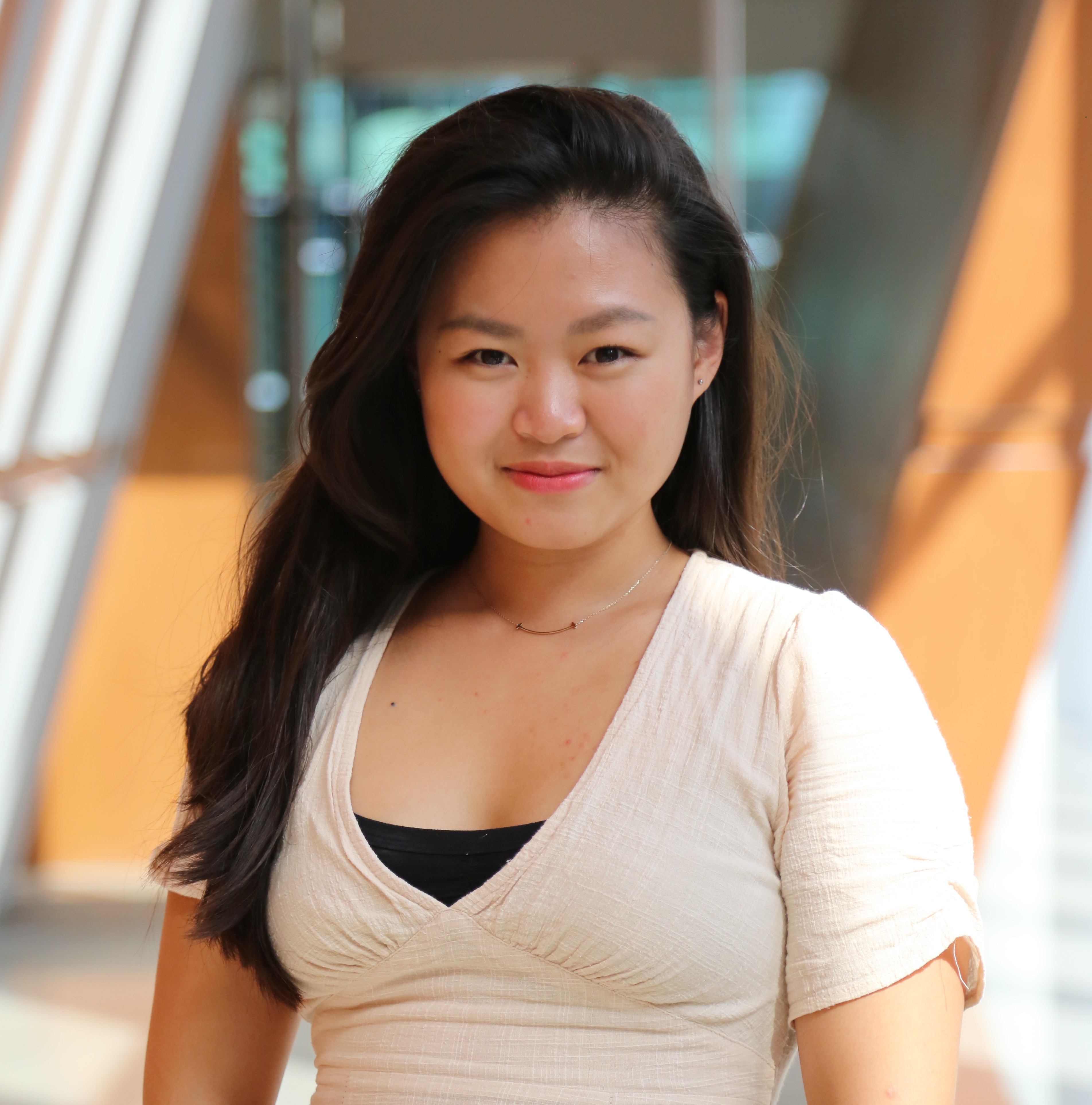 Megan graduated from Yale-NUS College in creative nonfiction writing. She worked at the Yale-NUS College Writer's Centre as a peer tutor during her undergraduate years. From working with the Global Awards and Career Development offices at NYU Shanghai, Megan is experienced with personal statement writing and scholarship application processes. Her tutoring specialties include brainstorming and mind-mapping ideas. She is currently experimenting with the braided essay form and confronting existential questions of belonging. 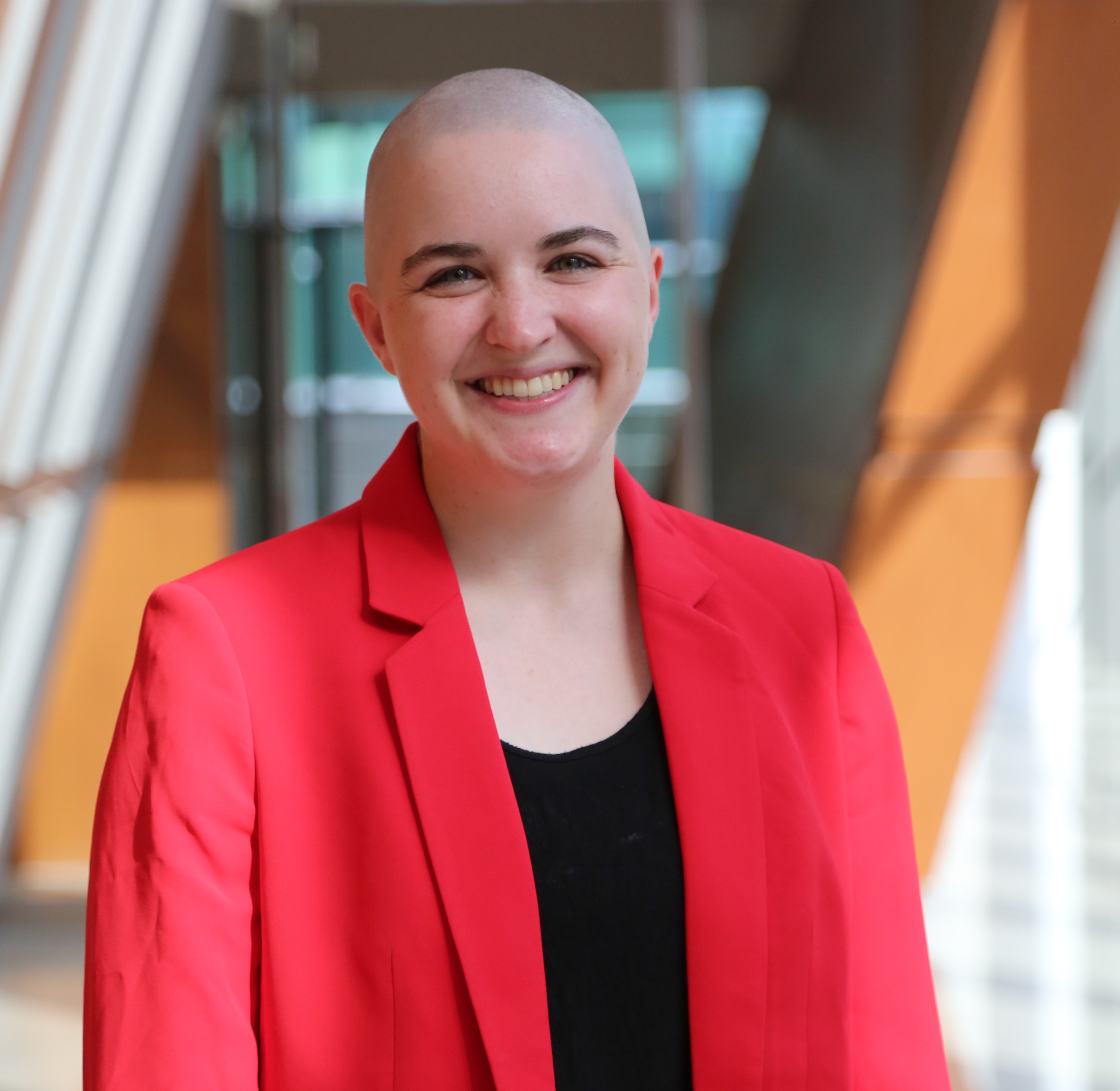 College of William and Mary, BA – Linguistics and Chinese Studies

Lore Leupold graduated from the College of William and Mary, where they double majored in Linguistics and Chinese Studies. They developed a passion for education as a consultant at the university's tutor zone and writing center. For the past three years, they have called Shanghai home. They have worked as an International Education Consultant for students applying to US colleges and boarding schools as well as a Program Leader for National Geographic Student Expeditions. They are excited to return to NYU Shanghai for a second year to continue working with students and pursuing their creative work in improv and sketch comedy. 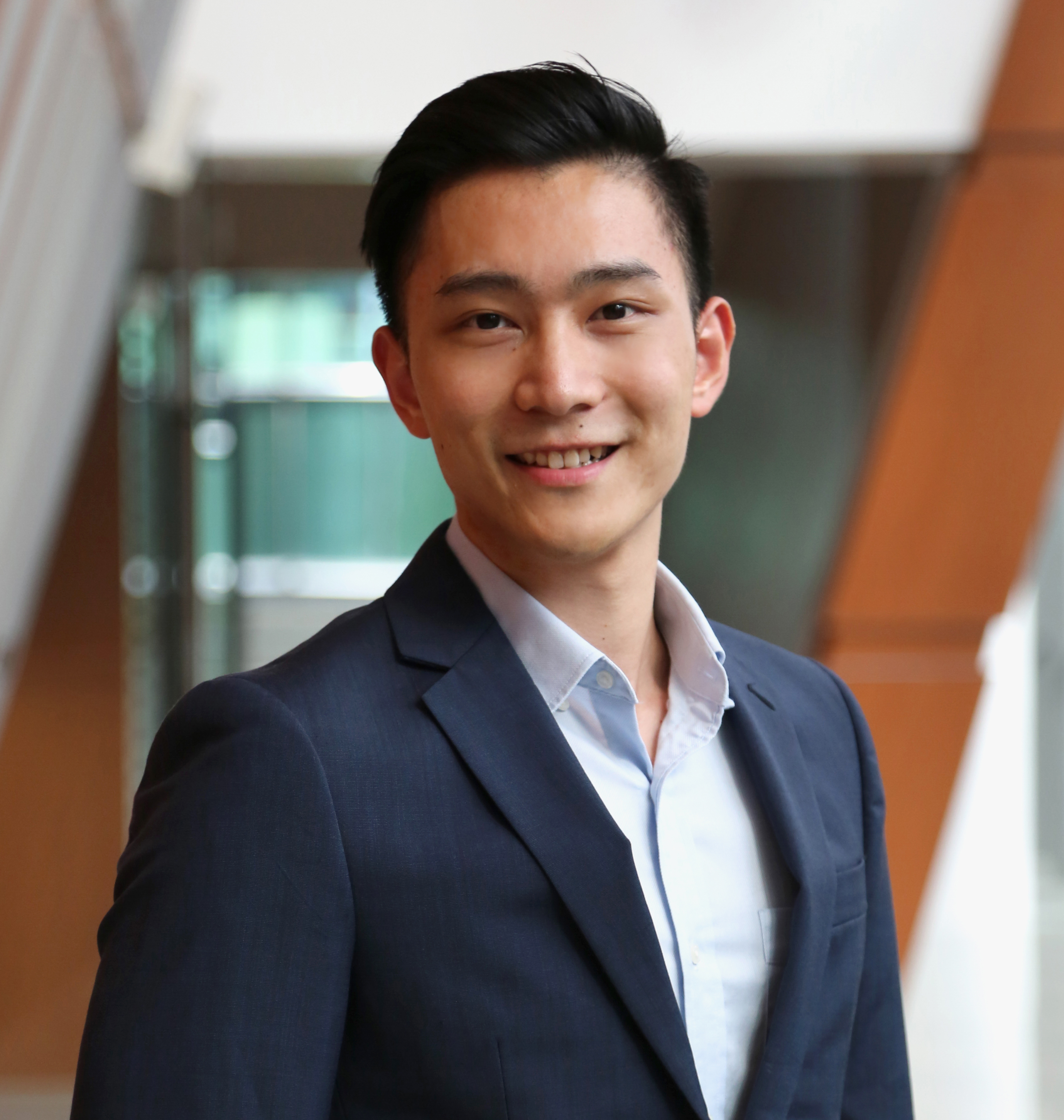 Bourne Wang graduated from New York University with a B.A. in Art History. A native of Zhejiang, he grew up with tangcu liji and curiosity for the great diversity in this world. His research interests lie in pre- and early-modern art and architecture, cultural policy, and modern Chinese historiography. His scholarship project last year explored the instrumental nature of the extravagant residences belonging to the Qing-Dynasty Jiangnan salt merchants. Bourne was a writer at The Borgen Project, where he contributed articles on foreign policy addressing global poverty. He also interned at the Shanghai Himalayas Museum and the United Nations ESCAP, where he conducted research and drafted public information documents. He is thrilled to return as a Senior Global Writing & Speaking Fellow. 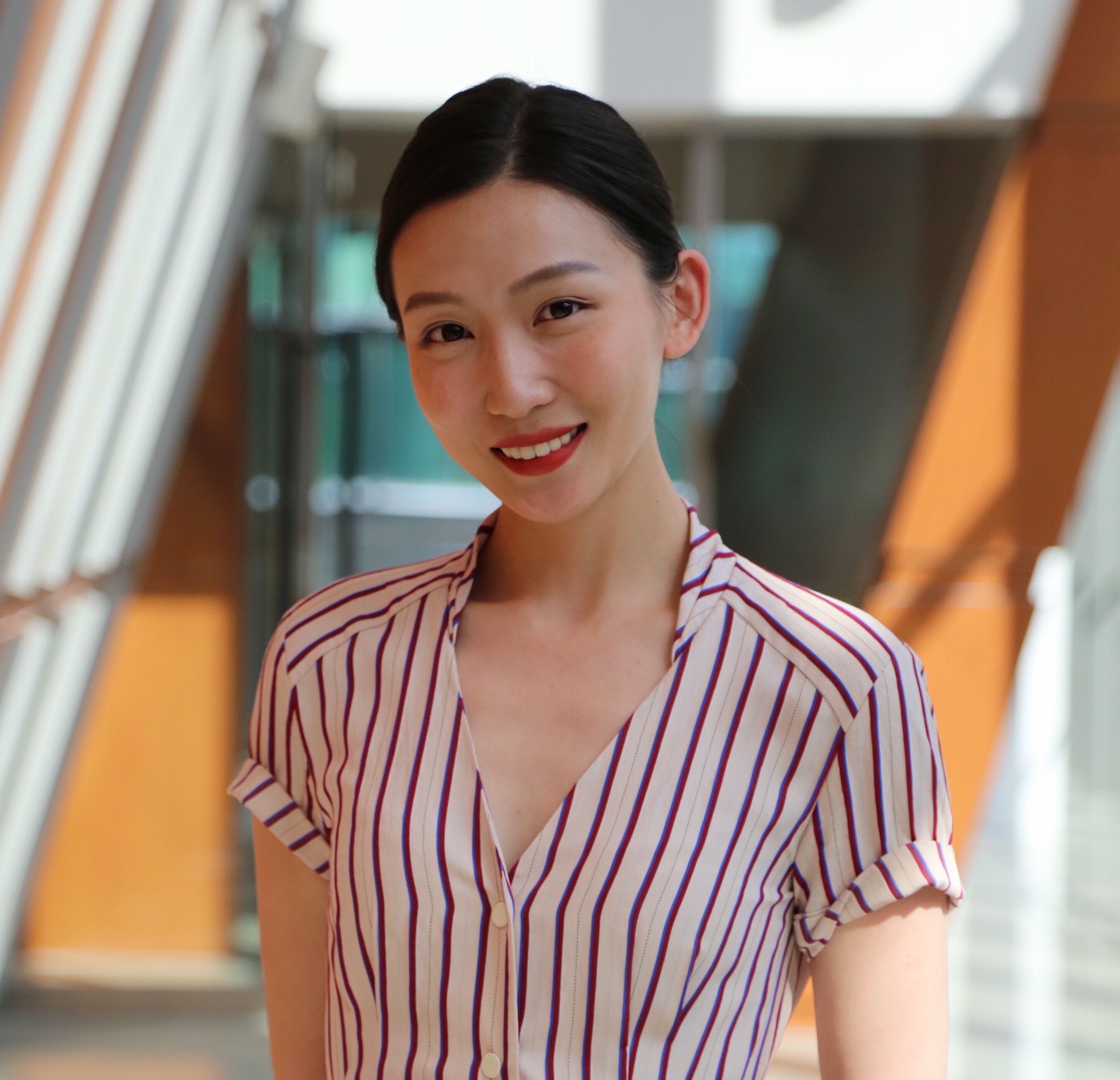 Murong began her EFL instruction experience teaching teenagers in China and has since expanded to adult learners. Her undergraduate training in English Broadcasting and the experiences of attending English TV programs have taught her how to maintain effective interactions with audiences during speeches and presentations. Her experience as an exchange student in the Netherlands expanded her global perspective and encouraged her to pursue further studies in the United States. During her years as a graduate student at Teachers College, Columbia University, she worked as an ESL instructor for different organizations in NYC, where she taught immigrants from around the world. She puts empathy firmly at the center of her teaching. To think from the students’ perspective is something she constantly works on, which was also greatly developed last year when she conducted writing consultations and facilitated weekly English for Academic Purposes (EAP) study groups as a Writing and Speaking Fellow. Maya Berrol-Young graduated from Bryn Mawr College with a degree in Art and Politics and a minor in Museum Studies. She conducted her thesis research at the National Portrait Gallery in Washington, D.C. on the topics of American identity, social justice history, and portraiture. After graduating, Maya held a Fulbright Teaching Assistantship in Thailand, teaching English in Ubon Ratchathani in the Isaan region. During her time as a Fulbrighter, she also worked with the curatorial department at the Bangkok Art and Culture Centre. While back in the U.S., Maya co-curated an exhibit at the Hurford Center for Arts and Humanities, “Your Special Island,” featuring work by contemporary artists who explore  imperial legacies in tropical sites. Maya is excited to work with students and engage with the academic community at NYU Shanghai. 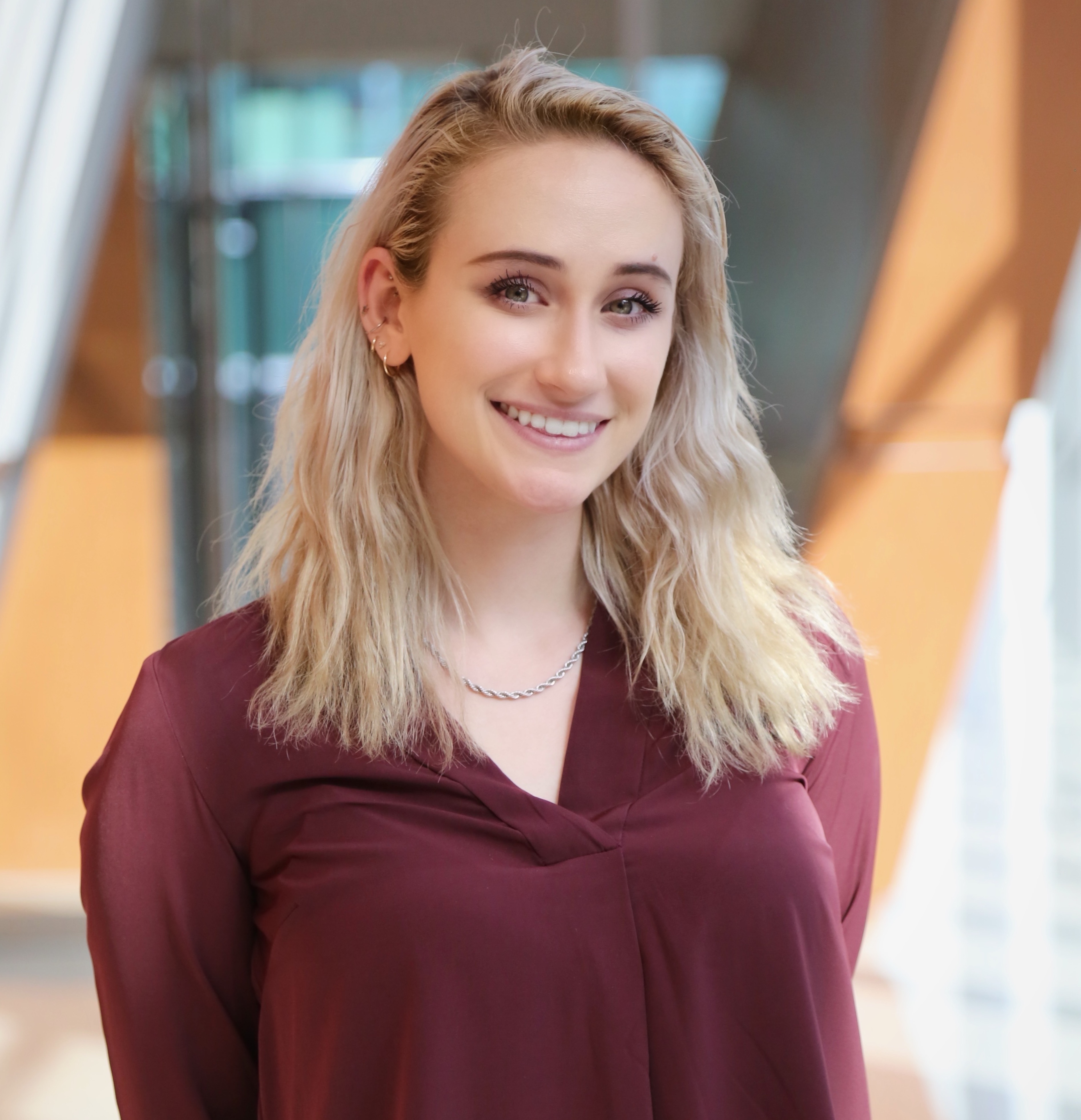 Sam graduated from NYU with a degree in English and American Literature, a concentration in Creative Writing, and a minor in Anthropology. During her undergraduate career, she fell in love with writing in all its forms, completing a creative writing capstone project and a thesis, for which she received high honors. She was also awarded the Roger Lee Deakins Prize, given annually to the “outstanding scholar of the English Department” in the graduating class. Sam worked for three years as a tutor in the NYU Writing Center, where she found that her passion is helping students gain confidence in their writing abilities. She is thrilled to work with students as a Global Writing and Speaking Fellow this year while also getting to work on her own creative writing project. In her free time, she likes to write poetry, read fiction, go hiking, watch documentaries, and take photos on film. 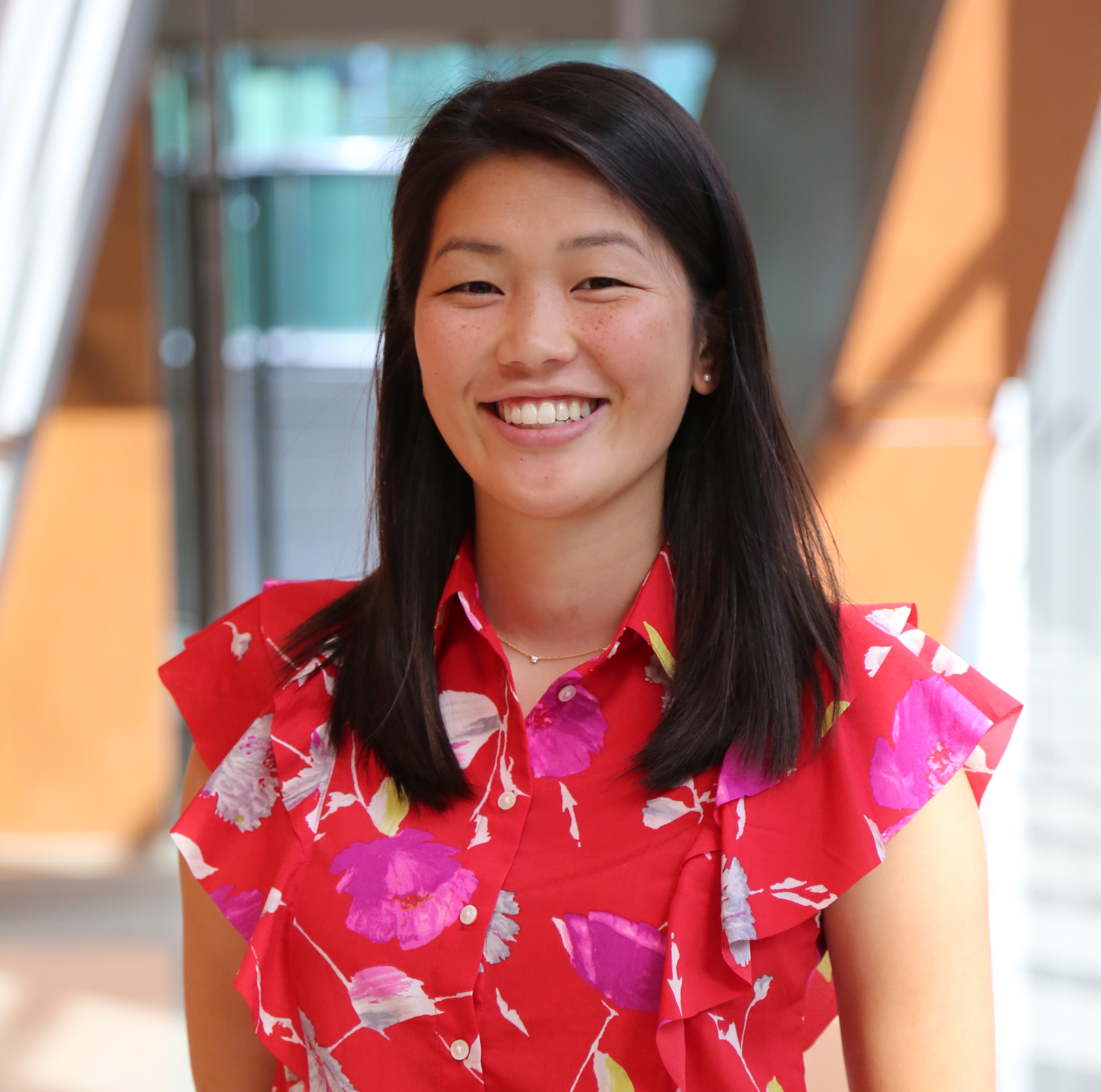 Leigh’s love for travel, language learning, and meeting others was sparked at age six when her family moved aboard a 44-foot sailboat to voyage around the world in one year. At Smith College, Leigh studied Sociology and Environmental Science and Policy. She is curious about the impact sociological research can have in the world of advertising and has spent time working on advertising and marketing teams, both corporate and non-profit. In college, one of her favorite writing pieces explored the sociological implications of the Dove Campaign for Real Beauty. After graduating, Leigh moved from her home in Kaneohe, Hawaii across the Pacific Ocean to work as a Fulbright English Teaching Assistant at an elementary school in Taitung, Taiwan. Christine graduated from Pitzer College with a degree in English and World Literature and a minor in Economics. Originally from California, she is always on the search for her next cup of dairy-free coffee. She received the Beas Matas Hollfelder ‘87 Award from the Pitzer English Department in 2018. While at Pitzer College, she tutored students at the Writing Center, where she worked as Head Fellow of the Diversity and Inclusivity team. Before moving to Shanghai, she previously studied abroad in Vietnam and taught English and music. Christine further developed her writing outside the classroom as a writing intern for The Borgen Project. She is excited to empower students at any stage of their writing process. Zixia graduated from Wellesley College with a degree in English. She was born and raised in Beijing before she left home for college. During her time at Wellesley, she volunteered at Chinatown After School as a counselor for third-graders, served as the Editor-in-Chief for a magazine devoted to Asian and Asian American issues, interned with the Paulson Ecology of Place Initiative as a creator and leader of Literary Guided Walks, and worked at the Teaching and Learning Center as a writing tutor. She is excited to continue her passion for education in Shanghai and to explore this vibrant city. Outside of work, she enjoys writing and performing spoken word poetry, and she also loves spending time outdoors. 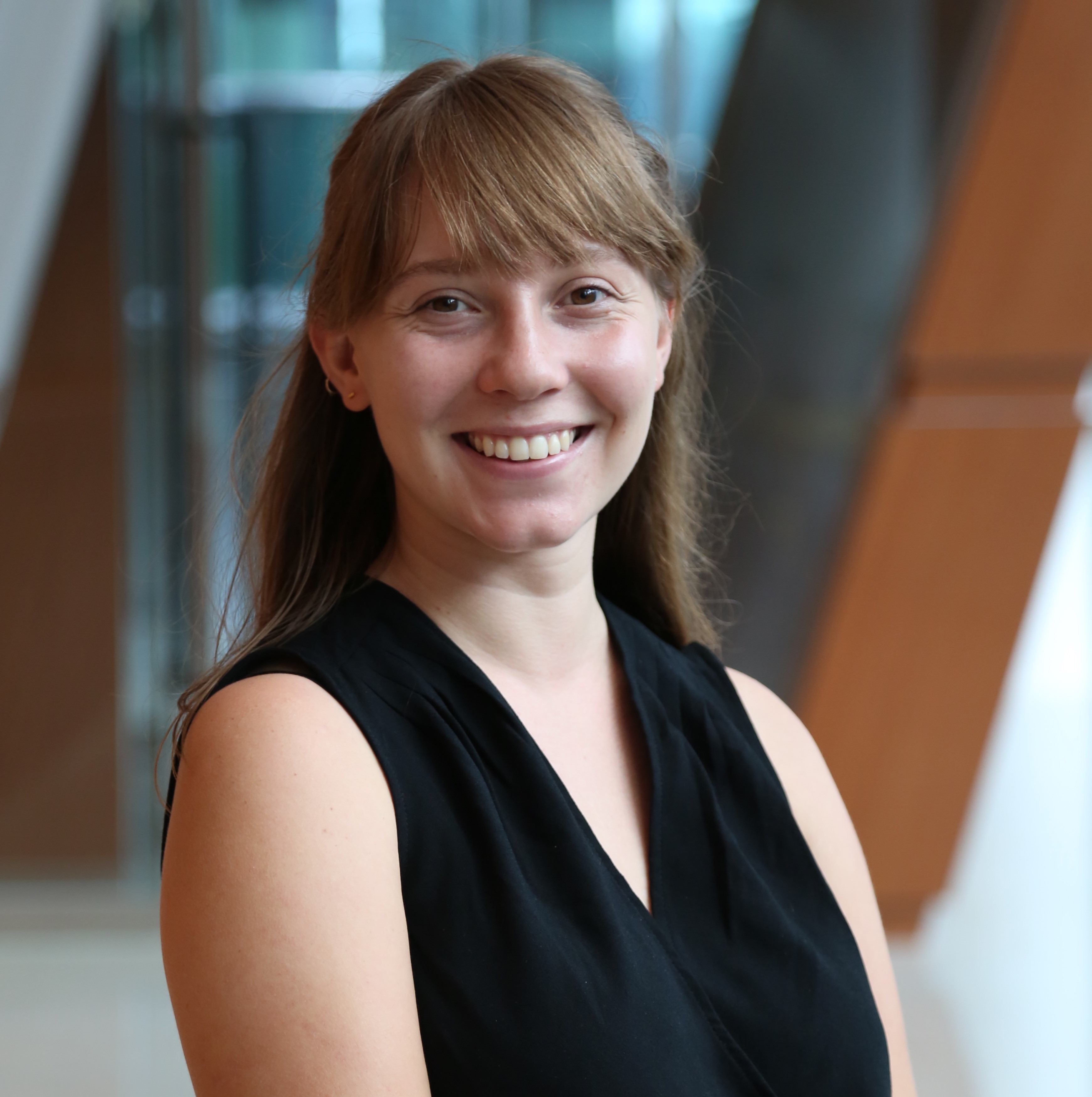 Sophia graduated from Pitzer College with a degree in International & Intercultural studies and a minor in History. She spent her undergraduate career engaged with critical theory and social justice theory and praxis. During her time as a student, she worked as a peer tutor in the Pitzer College Writing Center and created an archive for student political organizing at the Claremont Colleges as her senior project. Sophia is excited to grow at NYU Shanghai in this position and hopes to continue to support student voice and agency in her practice. When she is not pursuing academic interests, you can find her rock climbing, exploring the city, or tracking down her next cup of coffee. 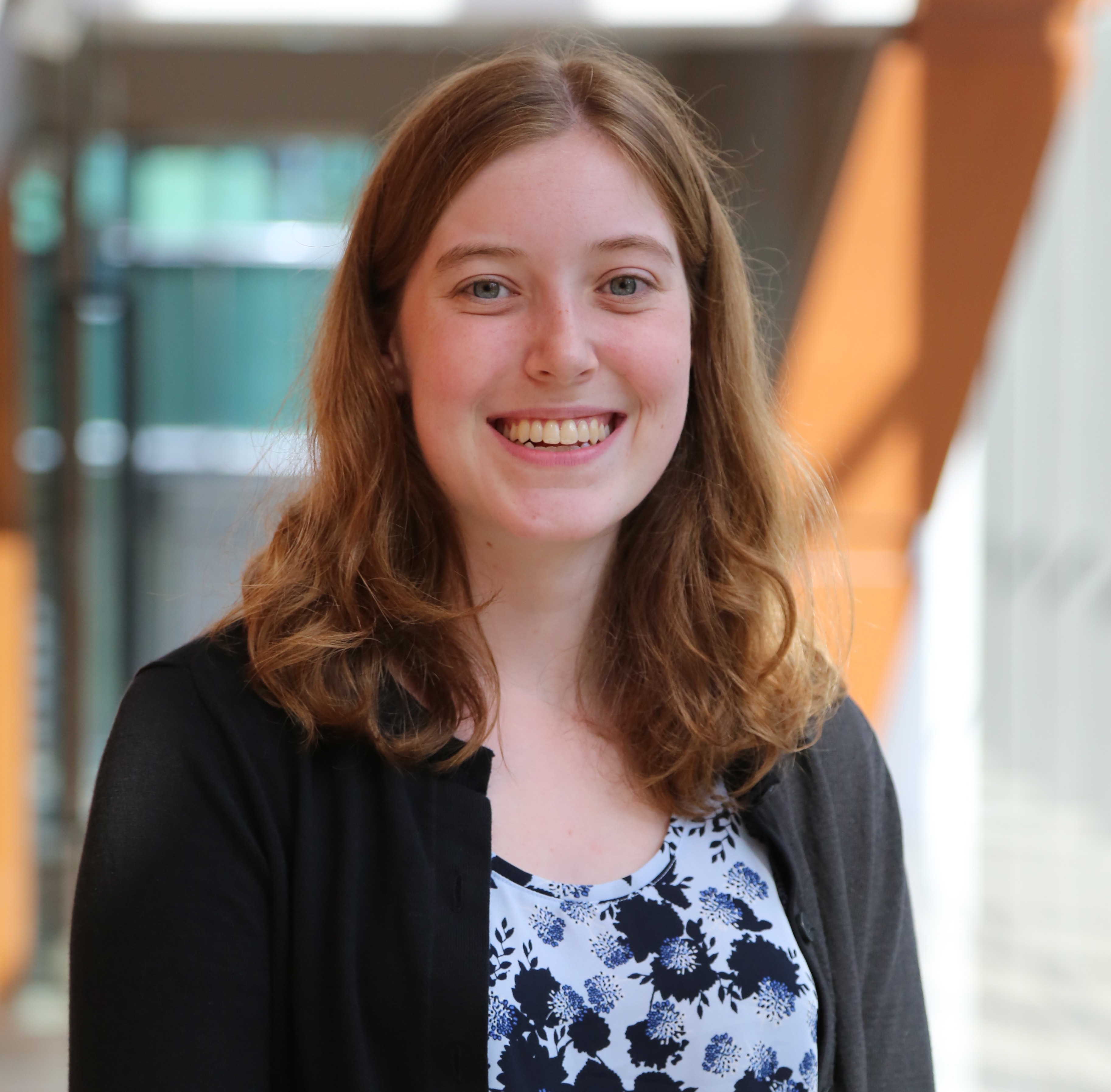 Ellen graduated from Haverford College with a degree in history. At Haverford, Ellen worked as a peer tutor at the Writing Center and served as Editor-in-Chief of the student newspaper. Whether digging through archives for a history paper or interviewing students for the newspaper, Ellen loves to discover new stories. In addition, Ellen is passionate about education, having interned at the Mayor’s Office of Education in Philadelphia and the U.S. Department of Education. She is thrilled to join the NYU Shanghai community.. 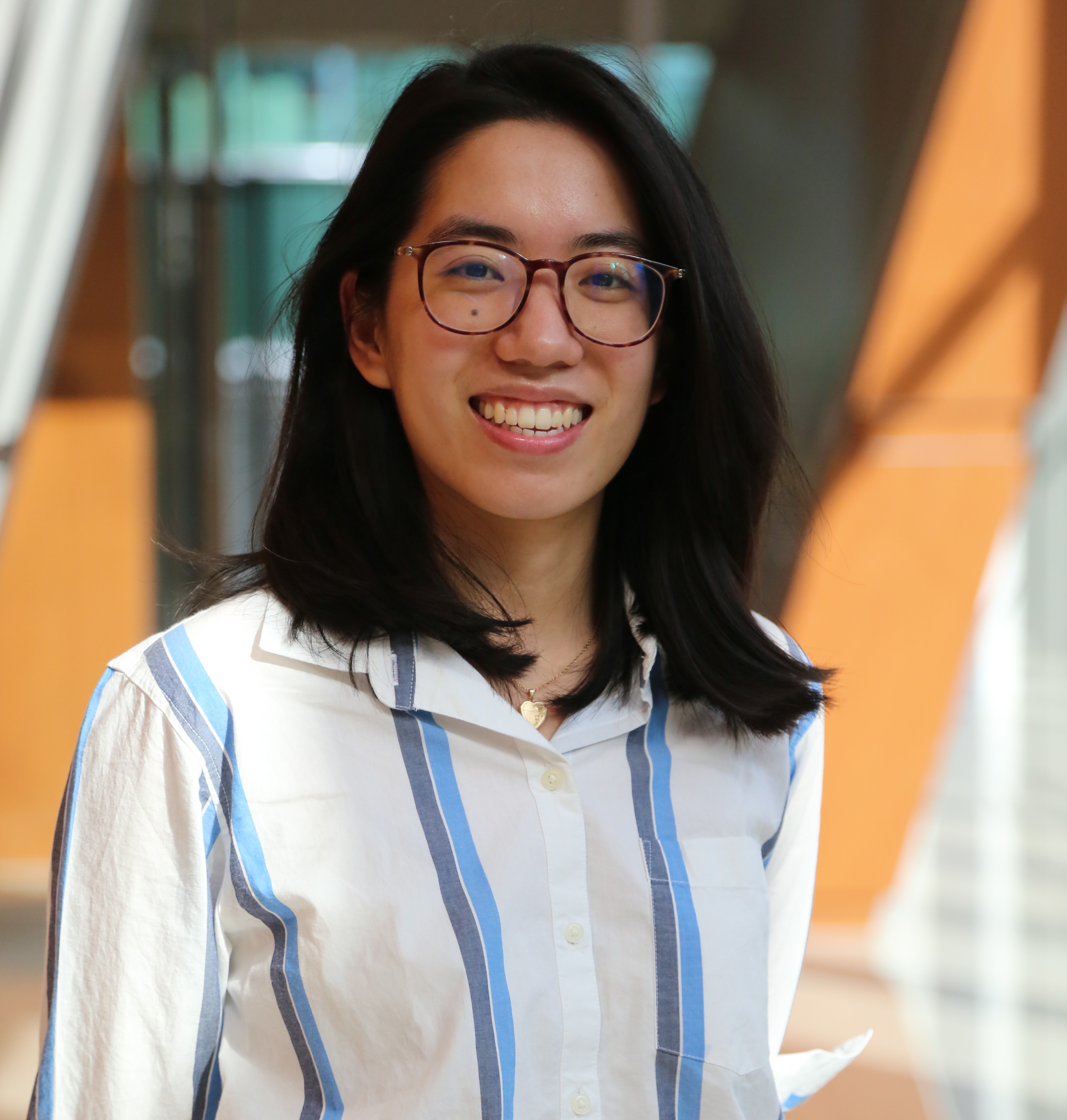 Isabelle St. Clair graduated from Wellesley College in 2017 with a degree in Peace and Justice Studies and Asian American Studies. At Wellesley, Isabelle worked as a writing tutor at the Writing Center and as an assistant for the Writing Program Department. She also served as a First Year Mentor for incoming college students and as a tutor for elementary school students in Boston's Chinatown. Her senior thesis explored topics of race, gender, and class in the Asian American adoptee community. After graduating, Isabelle moved from New York City, her hometown, to Hualien, Taiwan, where she taught for two years as a Fulbright English Teaching Assistant. She is excited to be in Shanghai and in a new academic community. In her free time, Isabelle enjoys reading history books, rock climbing, and creating collages. Originally from Denver, Colorado, Reilly graduated from Occidental College with a double major in American Studies and Black Studies. Within these disciplines, she is particularly interested in African American cultural expressions, writing one senior thesis on blues music and another on Black death in African American literature. During her time at Occidental, Reilly worked as an adviser in the Writing Center for three years and as a Writing Fellow in three writing seminars, a role which emphasized teaching the fundamentals of academic writing to first-year students. Outside of academics, Reilly enjoys hiking, dance parties, and art museums.