When Jackie Hu arrived at NYU Shanghai from her hometown of Lanzhou, in northwest China’s Gansu province, she fully expected to become a humanities major. “In high school, I was a typical arts student,” Hu says. “I loved literature and art.” Four years later, Hu has become an expert at coding and is headed to one of the world’s top computer science graduate programs.

No one is more surprised than Hu at where her four years at NYU Shanghai have taken her.

While she had planned to study the arts, Hu’s parents had hoped she would study finance.  So early on, she dutifully took statistics and accounting courses and quickly discovered she had no talent or interest in the subjects.

But then, on a whim, she registered for a course that introduced her to electronics, programming, and digital fabrication. The class made her realize that computer science - particularly the field of human computer interaction -  could be an inspiring outlet for her creativity and artistic sensibilities. “I love making new things, and I know that creativity can make a real and positive impact on our lives,” says Hu, who ultimately double-majored in Interactive Media Arts (IMA) and Humanities. “The IMA major gave me an opportunity to transform my ideas into reality.”

Hu, who will begin a Master of Human-Computer Interaction at Carnegie Mellon University and focus on user experience design and research, credits NYU Shanghai’s core curriculum with helping her find her way.

“At this school, no one would ever tell you that you can’t study something because you’re an arts student,” says Hu. “Because of this, I learned not to make snap judgments about whether I like or dislike something. I also learned not to assume I’d be bad at something new before trying it out.” 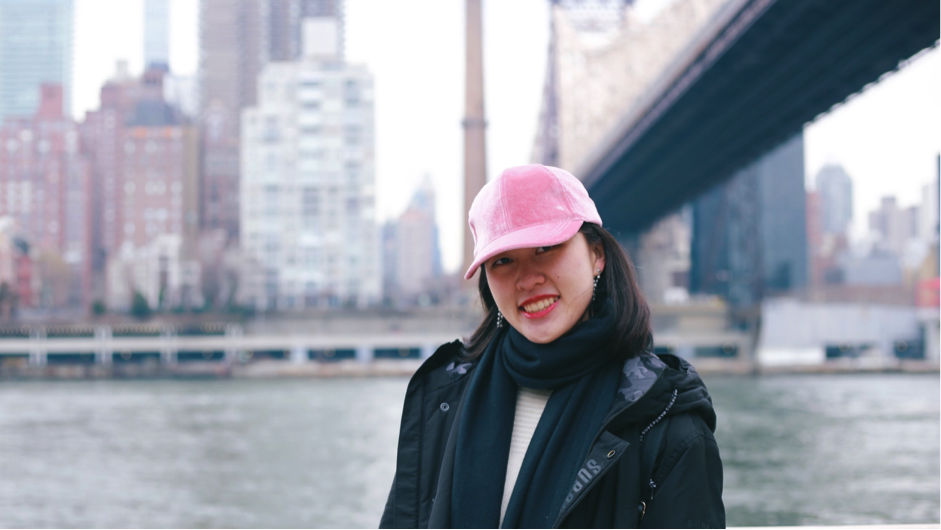 Hu Wenqian poses in front of Brooklyn Bridge. Hu studied away in New York City and Paris during her junior year.

To realize her designs, Hu, who had no previous programming experience, had to learn to code. But the IMA courses made coding feel less intimidating.

“From the very beginning, coding was never presented as a ‘learning goal.’ It was simply a tool we learned to use,” says Hu. “If you have something you really want to create, then you have the motivation you need to learn the code or set up the hardware that you need to turn your idea into reality.”

Hu says her professors supported her and helped her feel comfortable when she was starting out. “I remember I was working on something, and I just couldn’t get it to work. I would stay at school until 3 or 4 AM working on it,” says Hu. “I would email my professors with questions at 1 or 2 AM sometimes, and they would reply instantly.”

Through this process of trial and error, Hu trained herself to learn on her own. “We had to learn a new technical skill in every class, or we had to complete projects within very tight timeframes. It forced us to take learning outside the classroom,” says Hu. “IMA is not just about learning technical skills, more importantly, it teaches you how to learn.” 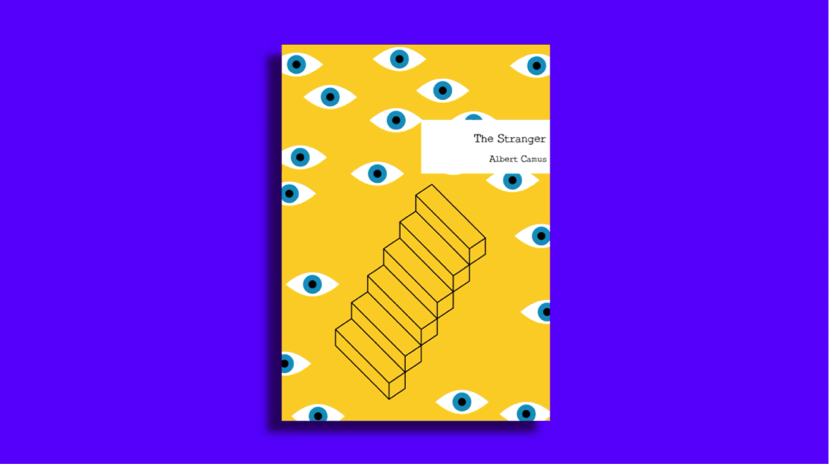 Based on what she learned in the course taught by Professor Madsen, Hu Wenqian completed a project entitled “Generative Camus,”-- a set of book covers for her four favorite works by Albert Camus. First, Hu selected a key concept from each of the books, then she designed a symbol to represent that concept, and finally, she used code to automatically generate different iterations of book covers using the symbol.

Assistant Arts Professor Rune Madsen says he showed off many of the things Hu made in his classes as examples of student work at conferences and talks. “Jackie was an incredibly curious, dedicated, and talented student, and she was willing to put in the work to learn self-directed skills,” says Madsen. “Technology changes every day…. This is why hard skills are not enough. Students have to know how to learn new things in a world that is constantly changing.”

After two years of learning how to formulate, design, and execute an idea, Hu’s focus began to shift toward the user experience, which required her to tap her innate interest in the humanities and human psychology.  “Understanding the user means you can’t sit at a desk and just imagine things about them,” Hu says. “You have to know about human history, actively engage your target user and learn about their psychology, constantly input knowledge and concepts from other disciplines, and really ponder what it means to be ‘human-centered.’”

During her junior year abroad, which she spent in New York and Paris, Hu saw firsthand how technology and design subtly influence people in the same ways, regardless of culture or nationality.

“While I was travelling in Copenhagen, I used an app to buy tickets for public transportation. Although I don’t speak any Danish, the app used a familiar design flow - one that I’ve seen on other ticketing apps,” says Hu. “These programs aid our understanding in a way that transcends language. It made me realize that good design is more than pleasing visuals or graphics. As a designer, you have to understand human behavior and know how to guide it. This is a hidden layer of design, but it’s vital.”

After her master’s program, Hu plans to work in the field of user experience design. Though her professional goals are now clear, she wasn’t sure what she would be able to do for a living when she chose the IMA major.

“At heart, IMA is about exploring the possibilities of technology. When you start, you might feel confused because there’s just so much new information,” says Hu. “That’s why you have to be open to ambiguity and possibility. If you’re willing to explore the unknown, you’ll find something you’re willing to put your time and energy into--something that’s really worth it.”

“I hope she'll go into the world and not only dream up new ideas, but also build them,” says Madsen. “One thing that is really hard to teach is how to make stuff, and in that sense, Jackie is better prepared than most.”

Meet other seniors from the Class of 2019: