When she looks back on her time at NYU Shanghai, Yang Xiaohan ’19 says her four years here have been dominated by two themes: Her community service and  efforts to expand opportunities for poor children in China, and her work toward a double major in Finance and Data Science.

Yang is a native of Chengdu, in Sichuan Province. During her sophomore year, Yang co-founded the NGO FutureChina with some high school classmates to connect teenagers from economically disadvantaged families in southwest China with educational resources.

“We run a training camp where we invite 50-70 high school students from poor areas of Sichuan Province to workshops run by college students who have a proven record of academic excellence,” explains Yang. “We cover topics like business, computer science, and economics.”

As the group leader for students interested in business, Yang shows them how to create a business plan one step at a time, and encourages them to put their ideas to paper in a creative, yet methodical fashion. Most of the students end up writing business plans with ideas about how to give back to society and serve others, says Yang. “That really touched me. Many of them want to do something about the environment. They want to build companies in garbage sorting and reuse and they need some help developing the ideas and sorting out the impracticalities.” 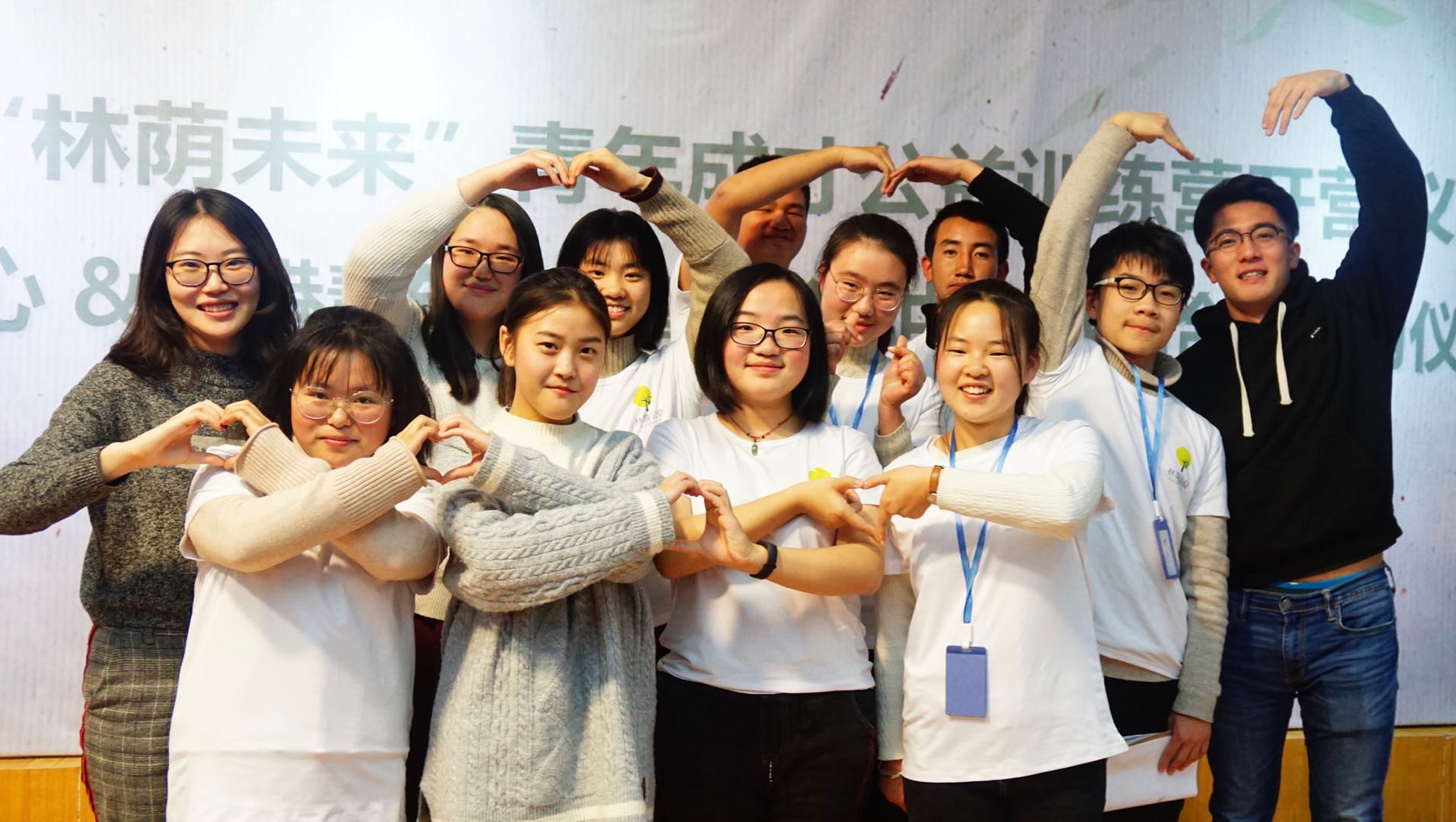 Yang has been engaged in social impact activities at NYU Shanghai since her first year. At first, she joined  the Stepping Stones Videolink initiative to give remote English lessons to fourth graders in Sichuan and Henan every week. Later, she joined the Deans Service Scholars, a university initiative to provide students opportunities to serve and study in disadvantaged communities in Shanghai and Asia, on a trip to Yunnan, planting trees and building a new habitat for the black snub-nosed monkey. While there, she noticed that most of the men and women in the area had left the region to find work, while only the old and young remained in the villages. The children had no parents to look after them, and had to walk for hours to school.

Realizing the inequalities in education resources in Henan and Yunnan spurred Yang’s  efforts with FutureChina.

Jiang Ying, the group leader for the DSS trip to Yunnan, recalls meeting Yang for the first time during the interview for DSS. “She spoke very simply, but one thing she said left a deep impression on me,” remembers Jiang. “She said she’d heard about DSS at NYU Shanghai in high school, and that’s why she came here. She seemed anxious throughout the interview, but when she told me about this, there was a light in her eyes.”

Anna Kendrick, Clinical Assistant Professor & Director of Global Awards, taught Yang in a Global Perspectives on Society section during her first semester at NYU Shanghai. Kendrick has witnessed her growth over the past four years. “I admire her positivity and deep sense of justice,” says Kendrick. “[She has a] thoughtfulness about how she can best leverage her skills to create change.”

Yang says she also has ambitions beyond China - and wants to bring the voices of China’s poorest children to the world stage. During the winter of her junior year, Yang attended the Youth Assembly at the United Nations to talk to youth leaders from around the world about the unequal distribution of educational resources. After listening to her speech, an UN official said to her that he wished that the children themselves could come share their experiences.

That official’s comment inspired Yang’s latest venture. Future China now also selects high school students from its training camps, and sends them to the UN’s Youth Assemblies. “Since the summer of 2018, we’ve sent five students to the UN assembly. It really impacted them, seeing so many peers on such a huge platform, actively promoting global issues,” says Yang. “These UN trips have gradually helped them transition from people who need help, to people who want to help others. Yes, abilities and resources are still limited, but the seed of wanting to help others has been planted.” During the winter of her junior year, Yang Xiaohan attended the Youth Assembly at the United Nations.

Yang says her drive to help others developed very early in her life. When Yang was in primary school, one of her grandmothers lived in a part of Sichuan that was stricken by a severe earthquake. The volunteers who poured into the area to help left a lasting impression.  “So many strangers helped them, selflessly. I also saw volunteers pitching in on disaster relief efforts,” remembers Yang. “That was when I decided I had to become like them.”

Though her interest in volunteering was set from the very beginning of her college career, Yang’s academic interests only became clear after a long process of soul-searching.

“When I started here, I wasn’t sure what I actually liked. I started taking finance classes because my family wanted me to try it,” Yang says. However, after interning at financial companies during the summers after her second and third years, Yang couldn’t see herself in the finance sector. In the meantime,  Yang had discovered a new academic interest. After taking the IMA course, Interaction Lab, to meet the science requirement of the core curriculum, Yang discovered a passion for data and coding.

“Though it seems like I stumbled into data science, I think it was actually inevitable,” Yang says. “I was fascinated by the coding aspect. It was just so cool to realize an idea through code!”

While she was studying away in New York during her third year, Yang took the Introduction to Programming and Data Science course at NYU Stern. “It was a heavy course-load,” says Yang. “It was full-stack programming. We learned how to use web crawlers, construct databases, analyze data, and design websites.”

Yang says that the systematic nature of the course nurtured a love of data mining and analysis, and affirmed her decision to choose data science as a second major. 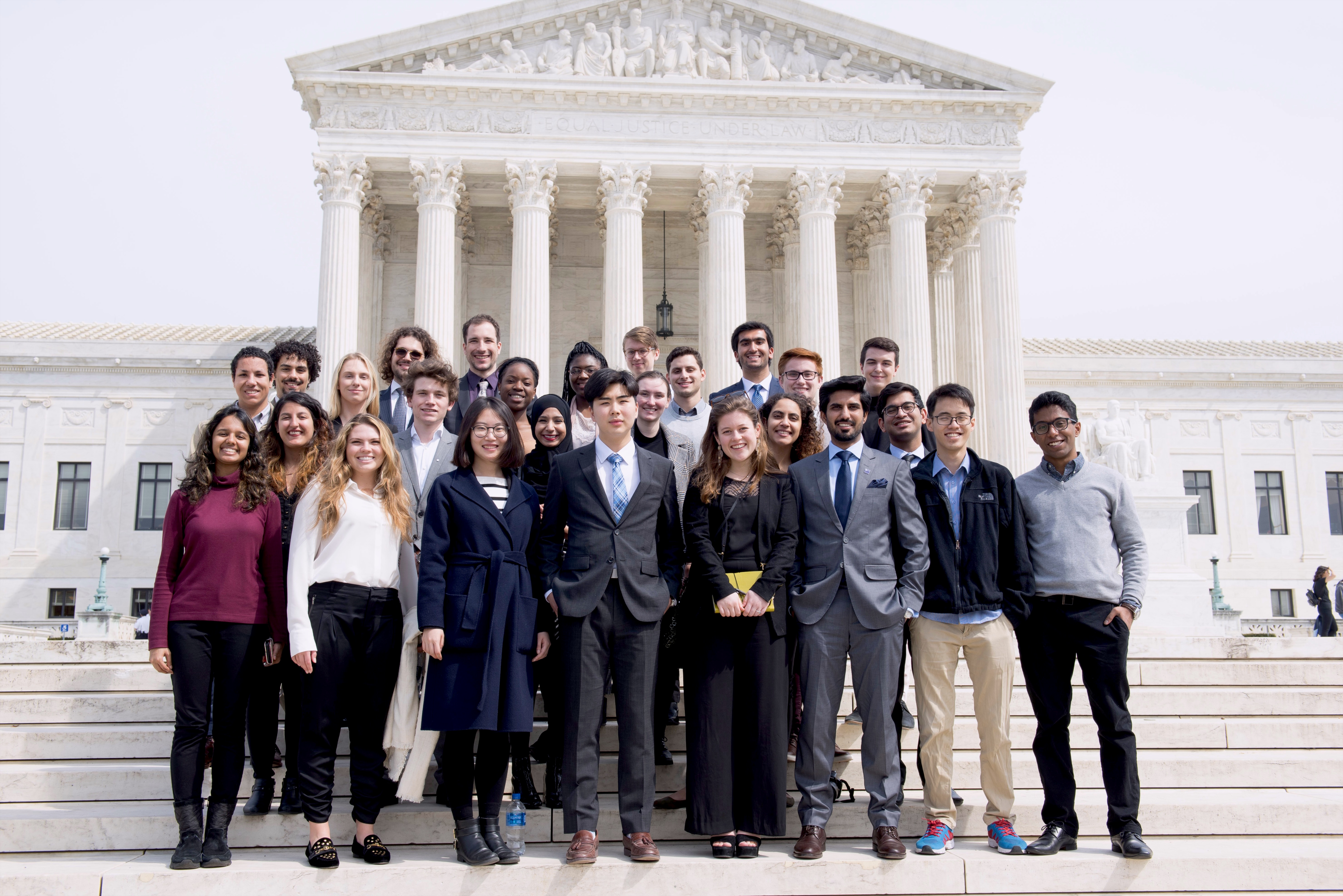 During study-away in New York, Yang Xiaohan also took the University Honors Leadership Course. In this class, the professor brought students to DC to visit the Supreme Court and interact with judges.

After returning to NYU Shanghai for her final year of university, Yang worked on a research project in her Machine Learning course under the direction of Enric Junqué de Fortuny, which uses linear regression, gradient descent, and neural networks. Yang and her team’s project involves concert pricing and venue selection, and is aimed at helping independent music groups set competitive ticket prices, and find the best venues.

Yang has learned to apply her data science know-how to other disciplines. She is assisting Assistant Professor Faculty Fellow of Engineering, Chen Zhibin in his work on transportation planning and new energy vehicles.

After graduation, Yang will return to Chengdu, and join a research project by the Institution of New Economic Development. “At this think tank, I will be doing research with Professor Zhou Tao, who is quite influential in China’s big data sector,” says Yang. “One of their ongoing projects is using information from CVs to analyze gender equality.”

Yang says her interest in this research topic is the real motivator behind her decision to return home. She recalls reading texts on topics of gender in her Global Perspectives on Society course during freshman year, and says this course introduced her to foundational feminist theories.

“Returning to Chengdu also means I’ll be on the ground for many of FutureChina’s efforts. We need people in Chengdu right now,” Yang says.

Kendrick says she is impressed with Yang’s determination to bring both the hard skills and ethical foundations she has built in school to her goals for social work. “She is not afraid to take risks and devote herself to her organization,” say Kendrick. “I wish her strength, courage and renewed dedication to her social efforts!”

Yang says she will miss the open and inclusive environment at NYU Shanghai. “This school is always encouraging everyone to think about who they really want to be. This gave me the courage to do what I’m truly interested in,” says Yang. “If I had gone somewhere else, perhaps I would still be adrift and unsure, afraid to make my own decisions.”