From hosting inspiring guest speakers to supporting students and faculty in their various projects and performances, 2018 gave members of the NYU Shanghai community many opportunities to exchange ideas and expand our global perspectives. Here are some of NYU Shanghai’s top news and events highlights of the year.

NYU Shanghai released 2017 Life Beyond Century Avenue, a report on the first destinations of students six months after graduation. NYU Shanghai welcomed the new year with the good news that its inaugural class had landed in a variety of professional and academic fields, including finance, law, interactive media arts, business management, and computer science. 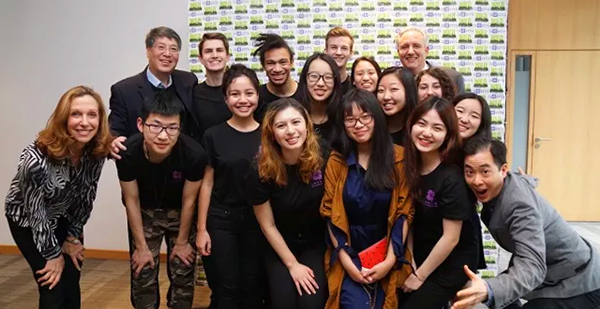 For a second year, NYU Shanghai and New York WILD Film partnered for a one-day film festival featuring documentaries on topics related to exploration, adventure, wildlife and the environment 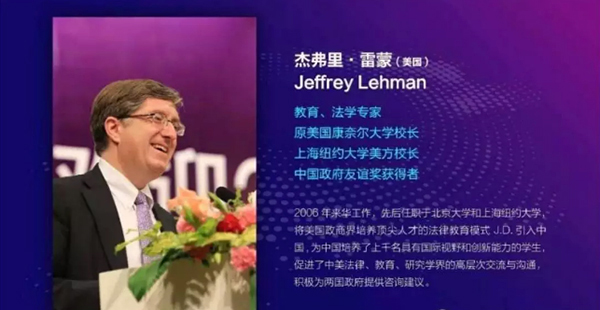 China's State Administration of Foreign Experts Affairs named Vice Chancellor Jeffrey Lehman one of “The Most Influential Foreign Experts During 40 Years of China’s Reform and Opening-Up.” 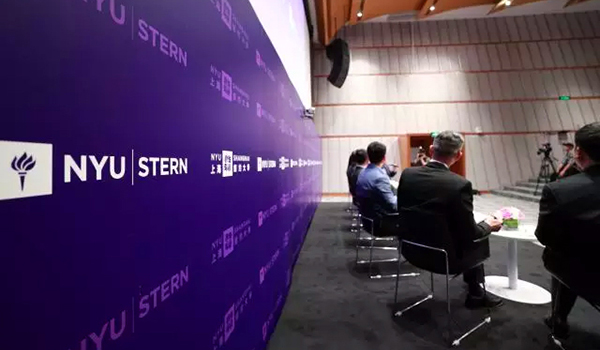 NYU Shanghai and the NYU Stern School of Business joined forces to offer two new one-year Master of Science programs to prepare new and recent college graduates for successful careers in the rapidly-evolving marketplaces of analytics and finance in China and Asia.

Students and alumni shared their stories at the Zaojiu Youth Talk on campus. 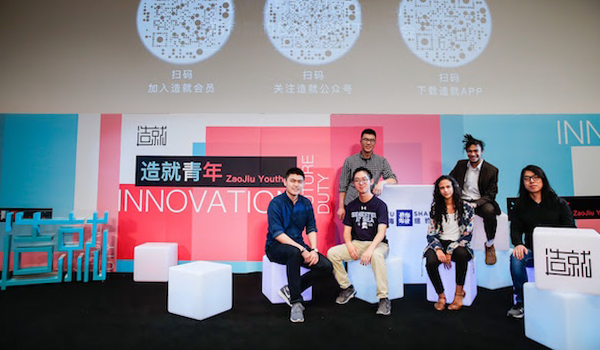 On May 13, five NYU Shanghai students and an alumnus shared their cross-disciplinary perspectives on innovation, social responsibility, and self-development at the first Zaojiu Youth Talk on campus, an innovative idea-sharing platform that organizes regular TED-style talks. 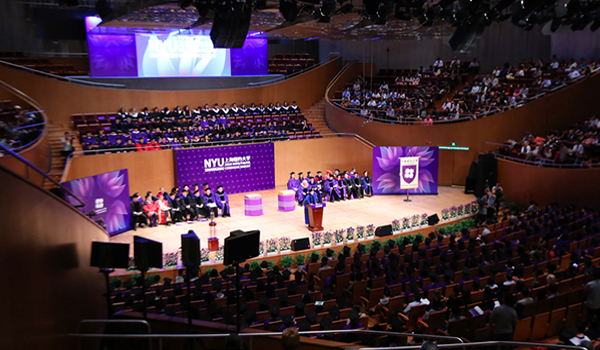 NYU Shanghai held its 2018 commencement exercises to honor the many accomplishments of 265 graduating seniors from 35 countries, including 138 Chinese students from 21 provincial regions. They were bestowed NYU bachelor’s degrees as well as NYU Shanghai diplomas at the Shanghai Oriental Arts Center.

This year’s class of 455 freshmen, hailing from all over China and 38 countries around the world, is the largest to enroll at the university since its founding in 2012.

NYU School of Medicine announced that it will be offering full-tuition scholarships to all current and future students in its MD degree program regardless of need or merit—a bold effort to simultaneously address the rising costs of medical education and still attract the best and brightest students to careers in medicine. It is the only top 10–ranked medical school in the nation to do so.

Kai-Fu Lee taught us how love differentiates us from AI. 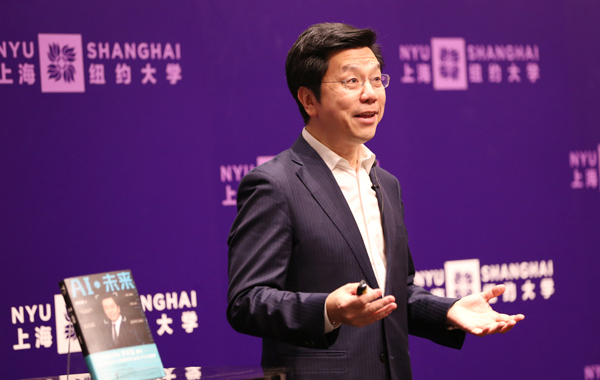 Artificial Intelligence (AI) may be reshaping the world by automating routine and repetitive work, but compassion, creativity and strategic thinking will remain in heavy demand, leading venture capitalist and AI guru Kai-Fu Lee explained to a packed NYU Shanghai auditorium on Sept 11. 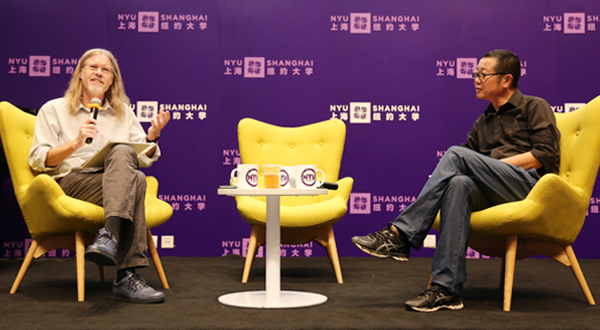 NYU Shanghai congratulated distinguished economist and one of the school’s founding faculty members, Paul Romer, on being named a 2018 Nobel Laureate in Economic Sciences, an honor he shared with William Nordhaus.

Former Chinese trade negotiator and WTO judge joined a U.S. business leader on campus for a dialogue on world trade. 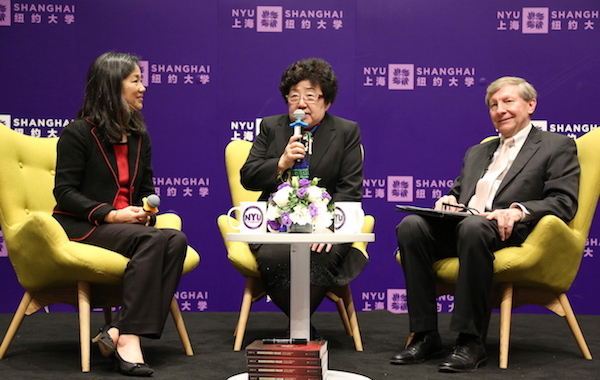 In the wake of the U.S. midterm elections and the first-ever China International Import Expo, Madame Zhang Yuejiao, a former chief trade negotiator for China and former World Trade Organization (WTO) judge was on campus for a lively discussion about prospects for US-China trade and engagement in an age of escalating trade friction between the world’s two largest economies.

Michelle Kwan spoke from the heart about pivoting on and off the ice. 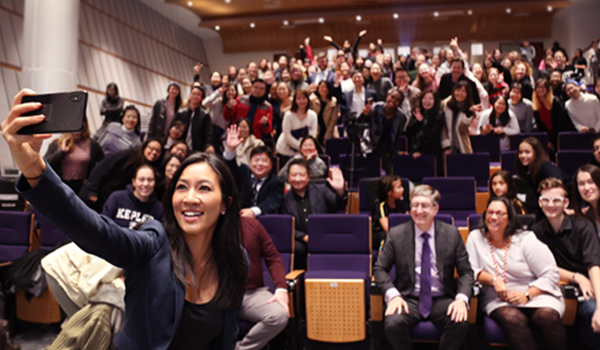 American figure skating legend Michelle Kwan spent the day at NYU Shanghai meeting with students and engaging in a wide-ranging conversation on stage in the campus auditorium with Vice Chancellor Jeff Lehman about her skating career, her experiences growing up in a Chinese-American immigrant family, and her pivots to diplomacy and politics.