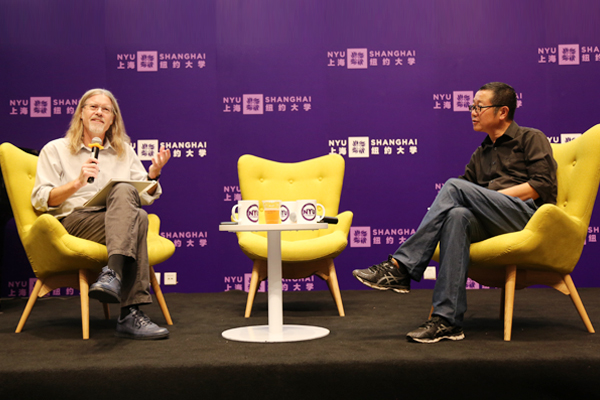 Liu began the evening by reading in Chinese an excerpt from his most renowned work, The Three-Body Problem, which won the 2015 Hugo Award, the highest award for science fiction written in or translated into the English language. Liu’s popularity among students on campus was widely evident as students arrived early to stake out seats in the auditorium and eagerly took cellphone camera footage as Liu read. 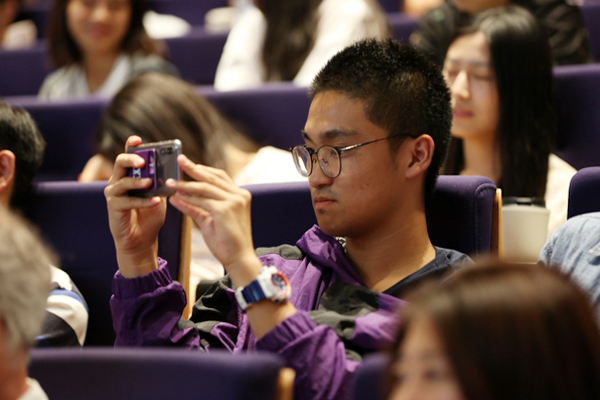 The two men quickly became absorbed in a one-hour dialogue that continually drew laughter and applause from the crowd of about 400, dancing across a broad range of literary topics, including cultural influences on science fiction, the role of science in Sci-Fi writing, the fledgling dystopia trend, and the genre’s ability to predict the future. 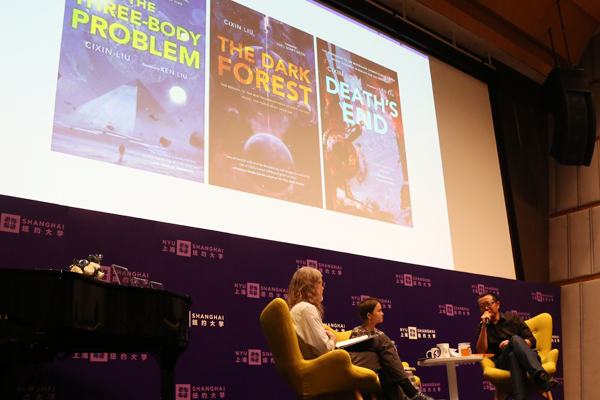 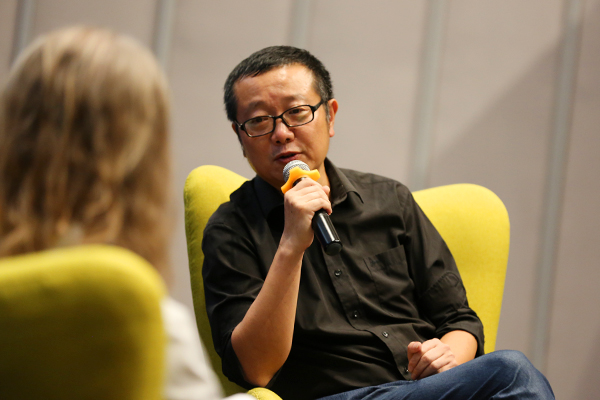 Adrian Thieret, a Global Perspectives on Society Teaching Fellow specializing in modern Chinese literature and science fiction who was in the audience Wednesday night said he admired Liu’s skillfulness in depicting the grand scale of the universe and in providing fresh perspectives on human existence.

“One important achievement of Liu's work has been to begin changing attitudes toward science fiction in China and abroad,” Thieret said. “His popularity has lead to a surge of interest in science fiction within China, as fans of The Three-Body Problem seek out and enjoy works from a new generation of Chinese authors such as Hao Jingfang, Xia Jia, and Chen Qiufan, and from many foreign authors.” 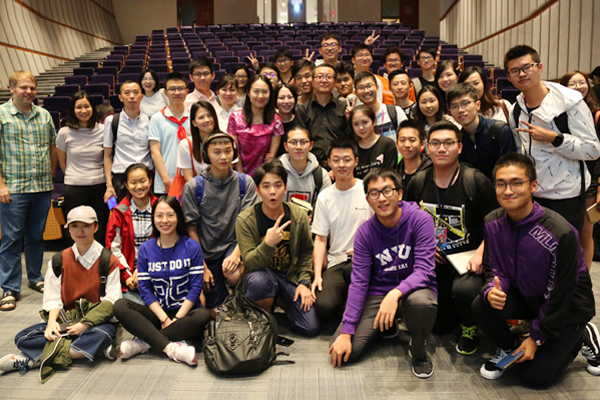 Here is an excerpt from Brown's interview of Liu:

1. One of the things that I find amazing about your stories is the level of complexity and scope. It is historical, scientific, philosophical, and human. I’m curious, how are your own explorations within science reflected within the many scientific concepts in your writings?

A: My idea of science fiction writing and its relationship with science itself is actually contradictory to traditional perceptions held by the Chinese public. Traditional Chinese thinking maintains that science fiction reading and writing can help disseminate knowledge and help raise public awareness of science. But in my view, the knowledge of science, as a resource, contributes to my writing. My effort is really to tap into the resources provided by the frontiers of sciences. For example, in the frontiers of physics, some concepts just go beyond our common sense. Therefore, it provides great resources for my science fiction creation.

2. Do you see differences in Chinese and Western science fiction because of different origins and historical contexts? Have Eastern philosophies such as Daoism or Confucianism influenced your science fiction creation?

In science fiction—as a literary genre, whether from the East or the West—the commonalities outweigh the differences.

The biggest difference between science fictions of the East and of the West cannot be attributed to industrialization or technological revolution, but rather, in my opinion, that the Christian religion has greatly impacted science fiction of the West. For example, themes such as cloning and the creation of life are considered much more sensitive in the West for religious reasons.

I never intentionally highlight my Chinese heritage in my writing, although my Chinese cultural background is naturally reflected there. With that said, I still feel Western philosophies have a bigger impact on me than Chinese ones, which are sometimes so abstract they can not work the same way for science fiction writing. 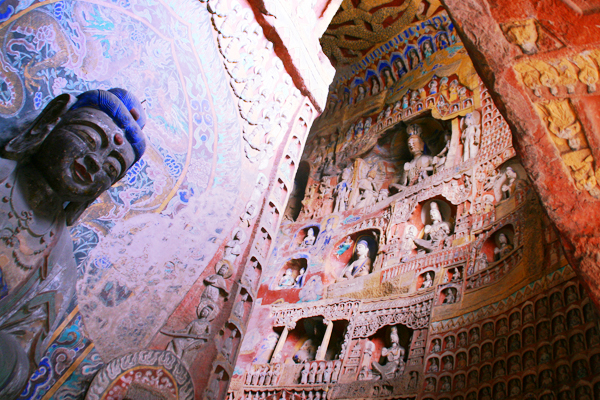 There is a huge difference in perception about science fiction between public and intellectual circles. For example, The only mainstream award I have received in China is the Excellent Children’s Literature Award. The award is issued by the Writers’ Association, so to some extent, it reflects the public perception of science fiction. Some people tend to think of science fiction as something childish, or merely for developing the imaginations of children.

However, the situation is changing. The new generations, compared with their predecessors, are more far-sighted. They care about not only life around them, but also beyond them. Humanity is integral in their perspectives. They see themselves more as global citizens rather than Chinese nationals, who are most likely influenced by science fictions.

4.  What do you think of science fiction as method of prediction for the future?

It’s probably a misunderstanding to see science fiction as a prediction of the future, because if you read sci-fi a lot, you will find there are very few that truly predict the future. I’ll use books that have years in their titles as examples, one is 1984, another is 2001. Now that those years have passed, we can see that what happened in real life was absolutely different from the “prediction.” 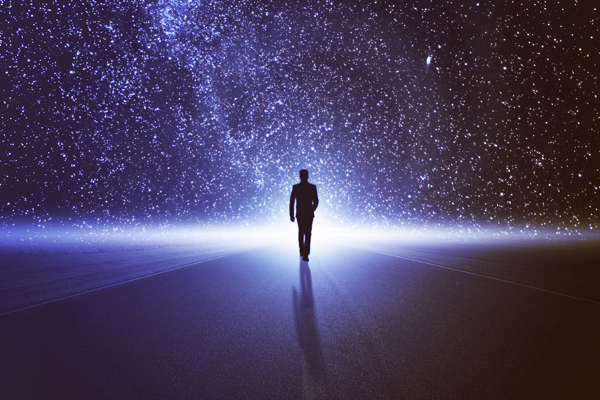 5. Are there some territories in the universe that human beings should not explore?

I don’t think so. I think wherever we are capable of going, we should explore. If there might be a negative impact, we should minimize it. Compared to the dangers and risks of exploring the universe, the danger of not exploring is much greater for humanity.