On February 17th, the NYU Shanghai Student Involvement Office invited the student body to participate in the inaugural Club Fest of the 2014 spring semester. All of the University’s 25 clubs were created last semester under a New Club Development (NCD) program, which was led by NYU Shanghai’s newly established student government. These clubs were created in nine main categories: Arts, Performance and Media; Sports; Cultural; Identity-based; Issue-based; Literary; Professional; Service and Volunteer; and Speech and Debate.

One theme that connects many of the clubs is breaking down cultural barriers by integrating people who come from different cultural backgrounds, but share the same interests.  Local Shanghainese student Jiachen Gong (George) founded the Shanghai Club.  George plans to offer a Shanghainese dialect class during the spring semester and lead a few Shanghai explorations.  He hopes that these activities will help international students gain a better understanding of the city as well as Chinese culture. Saphya Council, a freshman from New York City, expressed her interest in the clubs, “All of them looked so interesting that I wanted to sign up for everything!” By joining a variety of clubs, students not only develop their own interests, but also help to shape the community of NYU Shanghai. 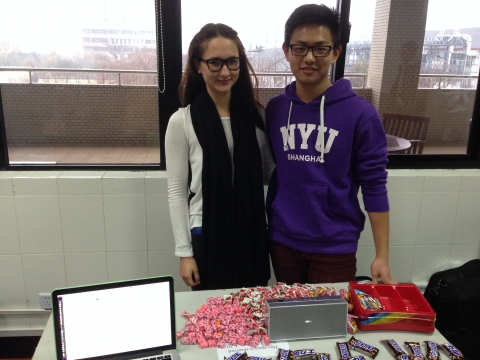