Zane Fadul ’21: Rising to the Occasion 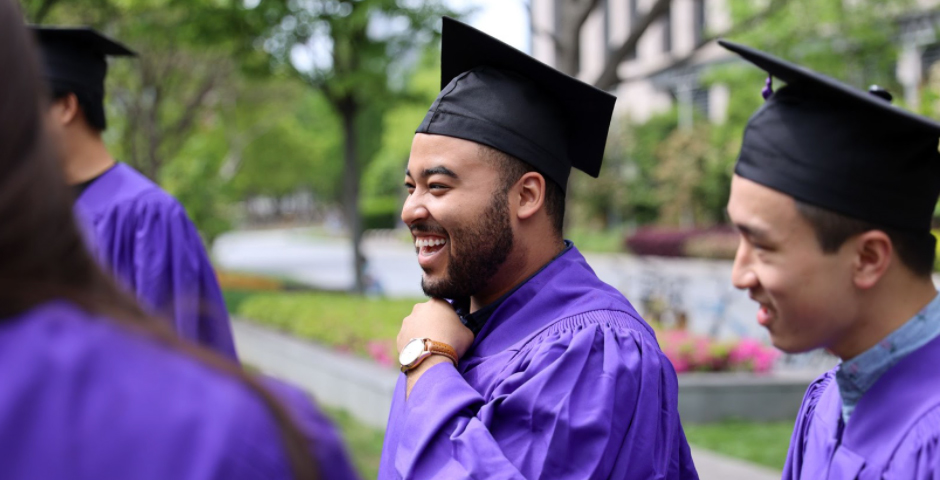 Zane Fadul ’21 of Fort Lee, New Jersey, was determined to go abroad for college. On his application, he marked NYU Shanghai as his first choice among NYU’s three portal campuses. “I had never been outside of the U. S. before,” he says. “I knew that if I sat down to really think about it, I would find a million reasons why I shouldn't go, but I'm glad I just acted.”

His acceptance letter came with mixed reactions from family. “My dad was all for it and said, ‘I’ll go with you on the first day.’ My mom was not having it, but I told her, ‘I already bought my flight ticket.’”

And then it all became real. Landing in Shanghai a few days ahead of Move-In Day, Fadul and his father explored Century Avenue by night to see the place he’d be calling home. “I was super excited. You could see the purple sign lit up, and it was so cool,” he says. During Orientation Week, Fadul remembers swarms of violet-clad classmates going up and down the staircases. “The energy was just filling the whole building.” 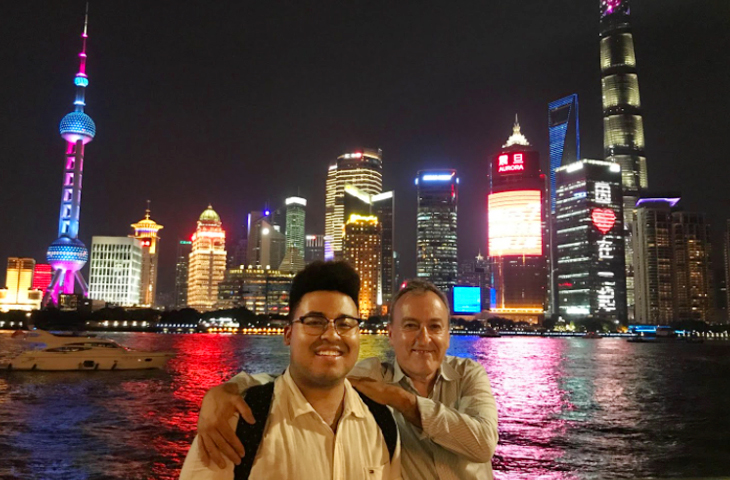 Ahead of Move-In Day, Zane and his father Camilo Fadul pose in front of Shanghai’s famous skyline on The Bund.

From that day, Fadul says he decided to direct his own energy to becoming a leader in the community. As a sophomore, he helped first year students navigate through college life as an Orientation Ambassador and took the stage in NYU Shanghai’s annual Reality Show. 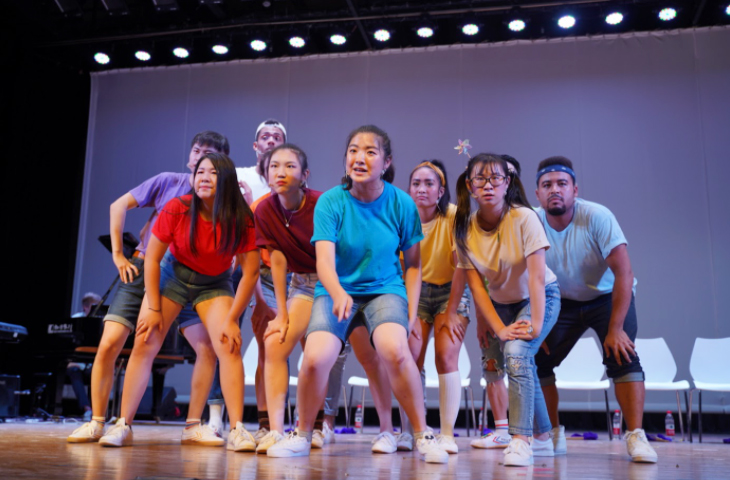 In the 2018 Reality Show, Fadul and castmates offered first year students both serious and light-hearted advice on  topics ranging from plagiarism to cultural conflict to shuttle bus etiquette. “You have to be serious the entire time, even when you are doing comedy,” Zane says about his time on stage.

Fadul also spent his four years evangelizing about his passion: that computer science is for everyone. He founded Splice—a campus club for students of all CS experience levels. His motivation was his own late-developing interest in the subject while in high school -- he taught himself the C programming language the summer before his senior year.

At NYU Shanghai, Fadul saw his chance to make the subject more accessible. “I wanted to facilitate an open space for people to learn and to grow without feeling judged, because I feel that the biggest barrier to learning is feeling shame and embarrassment,” he says.

The club’s leadership team was bilingual. “We made sure our coding workshops were accessible to both English and Chinese native speakers, because when you're doing a programming language, there shouldn't be any extra layers to you trying to understand something that is essentially its own language,” Fadul says. “I would field questions in English and my friend Daniel Qin Nanfeng ’21 who is Shanghainese, could explain in Chinese.”

In April 2019, Fadul and Splice partnered with HSBC China (HBCN) to organize a 3-day hackathon on campus called Hack the Pearl. Using big data provided by HBCN, students worked to develop models to forecast whether customers would purchase investment or insurance products within three months.

Even as he worked to make computer science available to people at all levels, Fadul also found inspiration to strive for excellence at NYU Shanghai. Fadul credits IMA professor Rodolfo Cossovich with challenging him to step up his game. “I recreated [the game] Pong with a bunch of sensors, and 2,000 lines of code [for a mid-term project in the course, Interaction Lab],” Fadul says. “I felt good about it, but I got roasted. I went to Rudi and asked why it was critiqued so harshly, and then he asked me, ‘Do you think that recreating Pong was the best thing that you could do?’”

The question was a light-bulb moment for Fadul. “I really took what he said to heart, and for my final project for that class, my friend Brandon Eap ’21 and I spent many sleepless nights making a rhythm game that used a sensor to mimic handrail cars—all of this was based off of our experience on a 20-hour overnight train we took to Xi’an.” 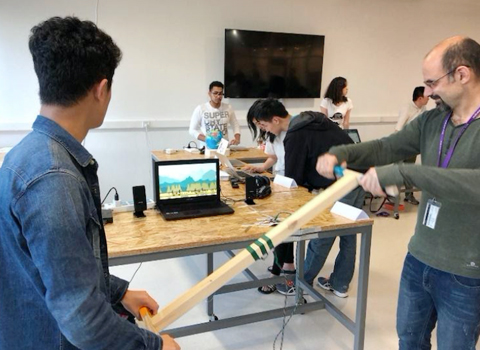 Students and professors testing out Fadul’s project “Drum to Xi’an.” Fadul and Eap put a gyro sensor in the middle of a wooden handcar lever they built to simulate the action of using a handcar and keeping with a rhythm.They designed the game’s digital interface and wrote the music for it. The project was a tribute to their “unbearable 20-hr train ride” to Xi’an.

The finished project earned him the highest grade he’d ever received and kudos from his professor. “It felt like I had met my first challenge at the school, and it showed me that’s what it takes to rise to the occasion.” At NYU Shanghai, Fadul has come a long way from teaching himself C, with Python, SQL, JavaScript, Java, C++, Haskell, React, and GML now all part of his skillset.

Armed with a battery of CS skills, Fadul was able to land an internship for an AI startup while studying away in New York his junior year. Life in New York meant early morning commutes from home in New Jersey, cooking Chinese dishes to share with friends and family, and daydreaming about returning to Shanghai. 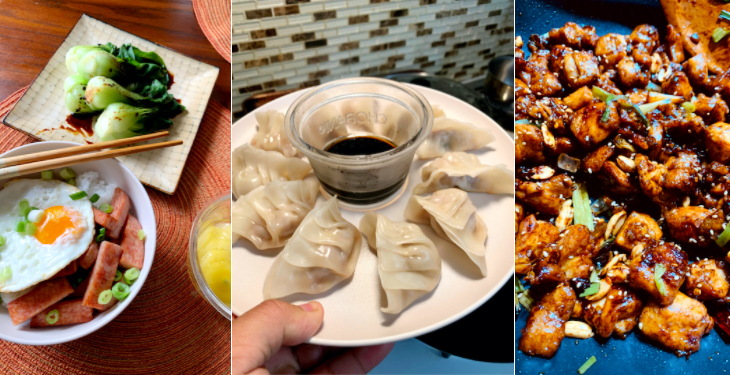 Spam and eggs with a side of baby bok choy, steamed dumplings (蒸饺), and kung pao chicken (宫保鸡丁) were just some of the many dishes Fadul cooked for friends and family.

And then Covid happened.

Like most of his classmates, Fadul had to finish his junior year online. With the Chinese border still closed at the beginning of the Fall semester, Fadul joined a group of NYU Shanghai friends who were residing in a house in Pennsylvania.

“We were all in the same boat together. We had to wake up at three in the morning to ‘go to class,’” he says. “It's funny, because being a computer science major, you'd think I'd be used to being a hermit, and to some extent I got used to it, but seasonal depression is a real thing. We all felt it.”

In January, after more than a year away, Fadul flew back to Shanghai via Copenhagen, completing COVID tests and a 14-day hotel quarantine before arriving back on Century Avenue.

“I felt kind of estranged from the city. I missed the city, but because the COVID protocols  were tightly regulated, I didn’t have much of a chance to show some organic excitement,” he says. “After I got out of quarantine though, I started to be more and more excited. And when I got back to campus, it felt like I was home.”

As Fadul prepares for graduation, he’s looking forward to a career in software engineering, project management, and game design.

“The most inspirational people to me are those solo-developers who make independent games—that’s where I want to be. I just hope that I can keep up this momentum and motivation after school.” 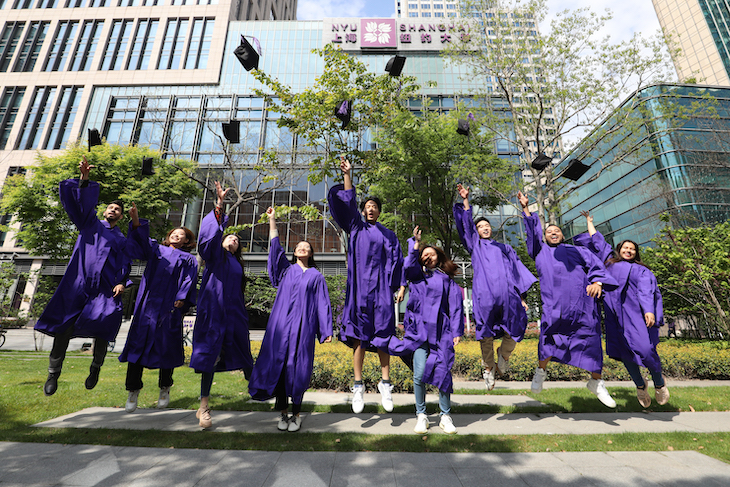 For more about this year's commencement and the Class of 2021, visit our Commencement 2021 webpage.

Undergraduate Admissions Summary
A computer science major talks about the importance of personal agency and making his field more accessible.