Learning to Become: the Quest for Creativity, Character and Community

In his latest book, Chancellor Tong Shijun argues that “learning to become (one’s true self)” is the fundamental purpose of education. In a series of speeches and essays, he reflects on the philosophy and governance structure of Chinese universities, analyzes the educational development of China and its major challenges, and considers the spiritual traditions of Chinese academia and lessons gained over the years. “When I first started writing this book, I intended to use my expertise in philosophy to gain a better understanding of universities and education,” Tong says. “When the book was finished, I realized that my experience as a professor and university leader had also shaped my philosophy study in an interesting way.” 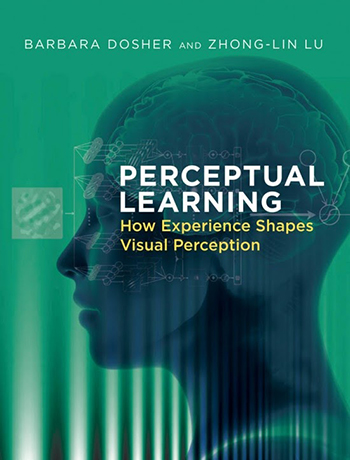 Perception refers to the process of people organizing, identifying, and interpreting sensory information to understand the presented information or environment, such as distinguishing between different odors or discriminating between different shades of colors. Practice or training in perceptual tasks improves the quality of perceptual performance, often by a substantial amount. This improvement is called “perceptual learning” and has become an active area of research of both theoretical and practical significance. Dosher and Lu’s book provides a comprehensive and integrated treatment of the phenomena and theories of perceptual learning, focusing on the visual domain, for active perceptual learning researchers, and to describe and develop the basic techniques and principles for readers who want to successfully incorporate perceptual learning into applied developments.

“Barbara and I started doing research in perceptual learning in 1997. The field has transformed since then, and this book tells the story of what we came to know about both the phenomena and the theories,” Lu says. “The publication of this book is a major milestone in our more than 20 years of collaboration. It is also the beginning of many new, exciting joint research projects. I really appreciate Barbara’s friendship and the opportunity to work with her. ” 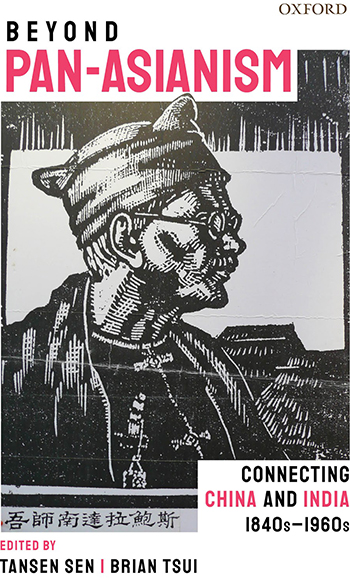 Edited by Director of the Center for Global Asia, Professor of History Tansen Sen and Brian Tsui

Within Asia, the period from 1849 to 1960s had witnessed the rise and decline of the Pax Britannica, the growth of multiple and often competing anti-colonial movements, and the entrenchment of the nation-state system. Beyond Pan-Asianism follows the complex interactions between China, India, and their neighboring societies against this background of imperialism and nationalist resistance.

The contributors to this volume, from India, the West, and the Chinese-speaking world, write about a tremendous breadth of figures, including novelists, soldiers, intelligence officers, archivists, among others, by deploying published and archival materials in multiple Asian and Western languages. This volume also attempts to answer the question of how China-Indian connectedness in the modern period should be narrated. Instead of providing one definite answer, it engages with prevailing and past frameworks--notable 'Pan-Asianism' and 'China/India as Method'--with an aim to provoke further discussions on how histories of China-India and, by extension, the non-Western world, can be conceptualized.

Geppert and his co-authors started working on their trilogy about outer space, European Astroculture, long before the current U.S. President started calling for a Space Force, but they are pleased with the timely arrival of their third and final book, Militarizing Outer Space:  Astroculture, Dystopia and the Cold War. “If you happened to watch Netflix’s recent Space Force (featuring Steve Carell and former NYU History student Diana Silvers!), you might enjoy learning more about the history of future space wars through this book,” Geppert says.

Militarizing Outer Space explores the dystopian and destructive dimensions of the Space Age and challenges conventional narratives of a bipolar Cold War rivalry. Concentrating on weapons, warfare and violence, this provocative volume examines real and imagined endeavors of arming the skies and conquering the heavens. The authors zoom in on the interplay between security, technopolitics and knowledge from the 1920s through the 1980s. Often hailed as the site of heavenly utopias and otherworldly salvation, outer space transformed from a promised sanctuary to a present threat, where the battles of the future were to be waged. Astroculture proved instrumental in fathoming forms and functions of warfare’s futures past, both on earth and in space. The allure of dominating outer space, the book shows, was neither limited to the early twenty-first century nor to current American space force rhetoric.

“Together, all three books look at the ways in which outer space has been imagined over the course of the twentieth century, in particular in postwar Europe.

Environmental activists the world over are increasingly looking to China as a model of effective state-led environmentalism, concentrating decisive political, economic, and epistemic power to meet critical environmental goals. But through top-down initiatives, regulations, and campaigns to mitigate pollution and environmental degradation, the Chinese authorities also promote control over the behavior of individuals and enterprises, pacification of borderlands, and expansion of Chinese power and influence across the developing world, and even into outer space. Given the limited time that remains to mitigate climate change and protect millions of species from extinction, we need to consider whether coercive green policymaking can show us the way. China Goes Green explores both its promises and risks.

“This project is a combination of our years of research and reading into China's environmental protection policies, both independently at the beginning, and then collaboratively in more recent periods,” said Li, who co-authored China Goes Green with Judith Shapiro of American University.

“Our sources are environmental officials, journalists, scientists and even individual garbage collectors in the city of Shanghai. Getting to know these people has made me so much more sensitive to why environmental problems are so complex,” Li said. “There is no silver bullet. What solutions China has found are the result of very hard work by tens of thousands of real women and men in this country.” 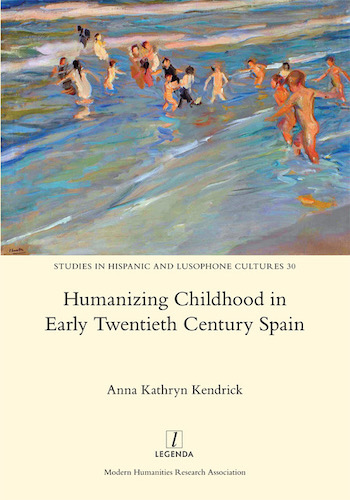 “How do children begin to see and relate to the world? At the intersection of Spanish cultural studies and history of education, my book explores how early-twentieth century educators and intellectuals became fascinated with a new science: “paidology,” or the study of the child, an early mélange of biology, psychology, philosophy and education,” Kendrick says. "As teachers began to reform education and successive governments sought to bolster the nation’s standing, children took center stage both in public debates and cultural production.” Developed from Kendrick’s PhD dissertation at Cambridge, the book delves deeply into intertwined lives, ideas, and traces of children, teachers and artists, how they sought to rethink education and reconfigure what it meant to be human.

Humanizing Childhood in Early Twentieth-Century Spain was awarded by the Association of Hispanists in Great Britain and Ireland (AHGBI) in conjunction with the Spanish Embassy as the most distinguished doctoral thesis in Hispanic Studies of 2015.

Read more about this book here.

Listen to Episode 28: The Idea of the Child and the Spanish Avant Garde on Spanish history podcast, Historias. 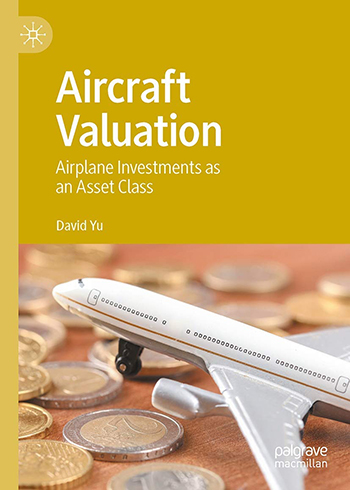 By Assistant Professor of Practice in Finance David Yu

David Yu has been studying and investing in aircraft for more than 20 years. In his first book, Yu shares the results of long-term study of the underlying aspects of aircraft as an investable asset class and looks at the drivers of the aviation finance global markets, particularly the Chinese/Asian market. Especially geared for “institutional investors within the real asset space,” the book includes a detailed study of aircraft residual values and comparisons to other real asset classes and benchmarks.

“The origins of this book started over five years ago with the  goal of scientifically and rigorously establishing the underlying dynamics of the industry. We are now in the middle of one of the largest historical impact periods on the industry due to COVID-19. This on-going exogenous shock and time indoors inspired a new chapter on the subject which was not anticipated before,” Yu says. 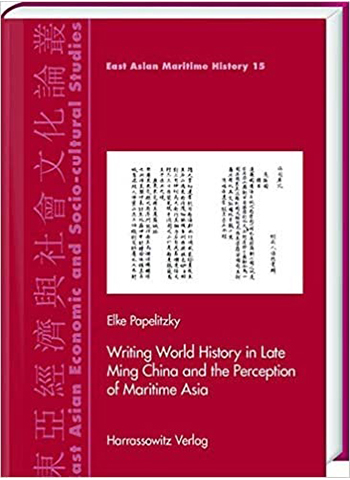 The last century of China’s Ming dynasty (1368–1644) saw many troubles and challenges from abroad. Pirates raided the coast, Europeans challenged the traditional world order of the tribute system, and the everlasting threat from the northern steppe people continued to raise concerns for the state’s survival. This climate of uncertainty resulted in many Ming literati discussing foreign countries. During the last decades of the Ming era, seven authors wrote monographs that can be considered a form of Chinese “world history.” The authors describe the geography, history, and political systems of foreign countries and regions, ranging from China’s close neighbors Japan and Mongolia to more distant lands such as Mogadishu and Europe. This book studies each of the seven authors’ knowledge and perceptions of the world and focuses especially on countries linked to China by a maritime border, namely Siam (Thailand), Malacca, and Portugal. The book combines a close textual and paratextual analysis with a biographical study to understand why the authors wrote the texts the way they did. This is the first comprehensive introduction to these texts to contribute to the understanding of late Ming historiography and late Ming scholars’ perceptions of foreign countries.

“As part of my research for this book, I visited several libraries in North America and Asia to study the original Ming prints and manuscripts. One manuscript in particular was fun to examine, the Siyi guangji 四夷廣記 by Shen Maoshang 慎懋賞 now in the National Central Library, Taipei. At some point in its history, this book had been taken apart and its pages been rebound. During this process, parts of the text were lost,” Papelitzky says. “As I visited the library, I tried to figure out the original order of the chapters in the Siyi guangji, looking at water stains and tiny holes in the paper that gave clues about which pages had originally been together. This might seem like a monotonous task but I really enjoyed working not only with the written text but also the material object.”

And a bonus podcast: 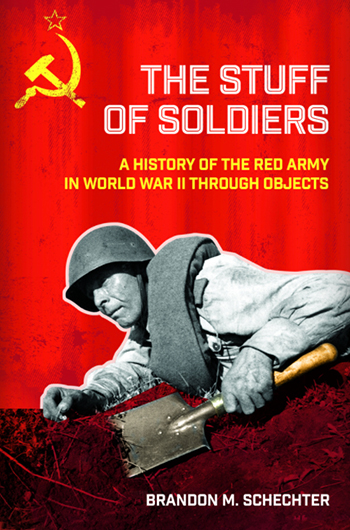 The Stuff of Soldiers: A History of the Red Army in World War II Through Objects

In the The Stuff of Soldiers, Schecter uses everyday objects to tell the story of the Red Army in World War II. He argues that spoons, shovels, belts, and watches held as much meaning to the waging of war as guns and tanks. He recently discussed the book in a podcast with the New Books Network.