Zhu, who joined the program in 2016 from the University of St. Andrews (U.K.), reflects on her five years at NYU Shanghai where she grew from a “lab rookie” into a focused student and skillful researcher.

Why did you decide to join the program?

I have always been fascinated with the nature of intelligence and higher cognitions. So when I entered college, I chose Psychology and Philosophy, and then transferred to neuroscience to pursue a more empirical and hands-on study of how the brain works. By the time I graduated, I felt that my exploration of the brain should not end there, especially in higher cognitive processes, such as decision making.

Luckily, I met my advisor, Jeffrey Erlich, who is an advocate for the quantitative exploration of higher cognitions in rodents. I was also deeply attracted by the diverse, open, and inclusive atmosphere of the program, and a fully-funded study experience in both New York and Shanghai. So, I made up my mind to take the PhD offer.

Though I had a background in neuroscience, I was overwhelmed at the beginning by the complicated lab systems and the advanced math and coding abilities required. But thanks to NYU and NYU Shanghai courses such as Math Tools, Bayesian Modeling, Machine Learning, and Neurobiology of Decision-Making, combined with a newly-discovered passion for data analysis, I was able to lay a solid foundation for the coming research. 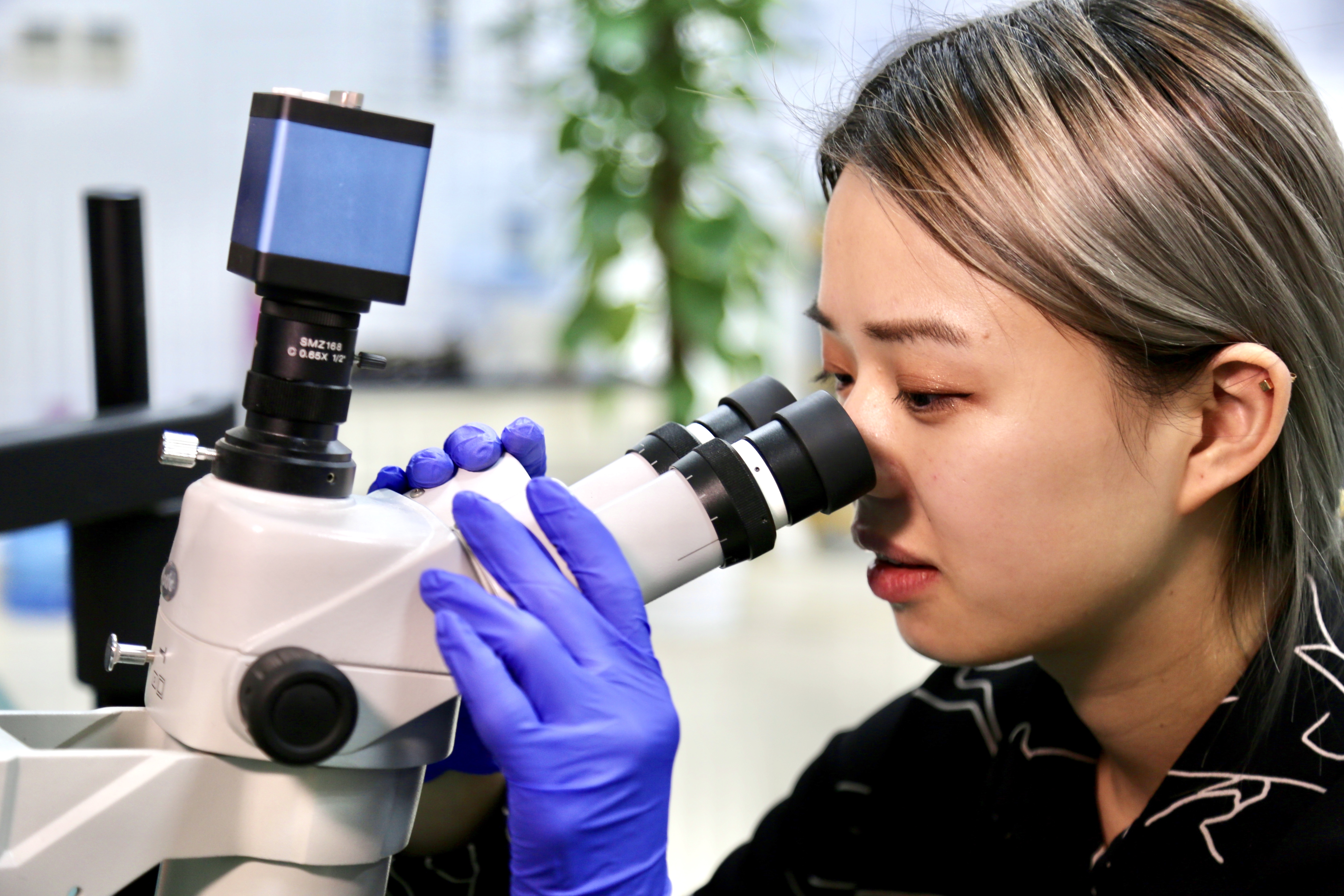 Zhu at the rodent lab at East China Normal University

The atmosphere in our team was very friendly and supportive. Whenever I turned to my professor, even if it was only a single piece of code, he would respond immediately and explain everything patiently. He also helped me figure out my research interest and direction. The postdocs and graduate students in the lab were always willing to help each other out. The diverse academic background of the lab members, from biology to computer science, fostered an open and collaborative environment that tremendously facilitated my research. 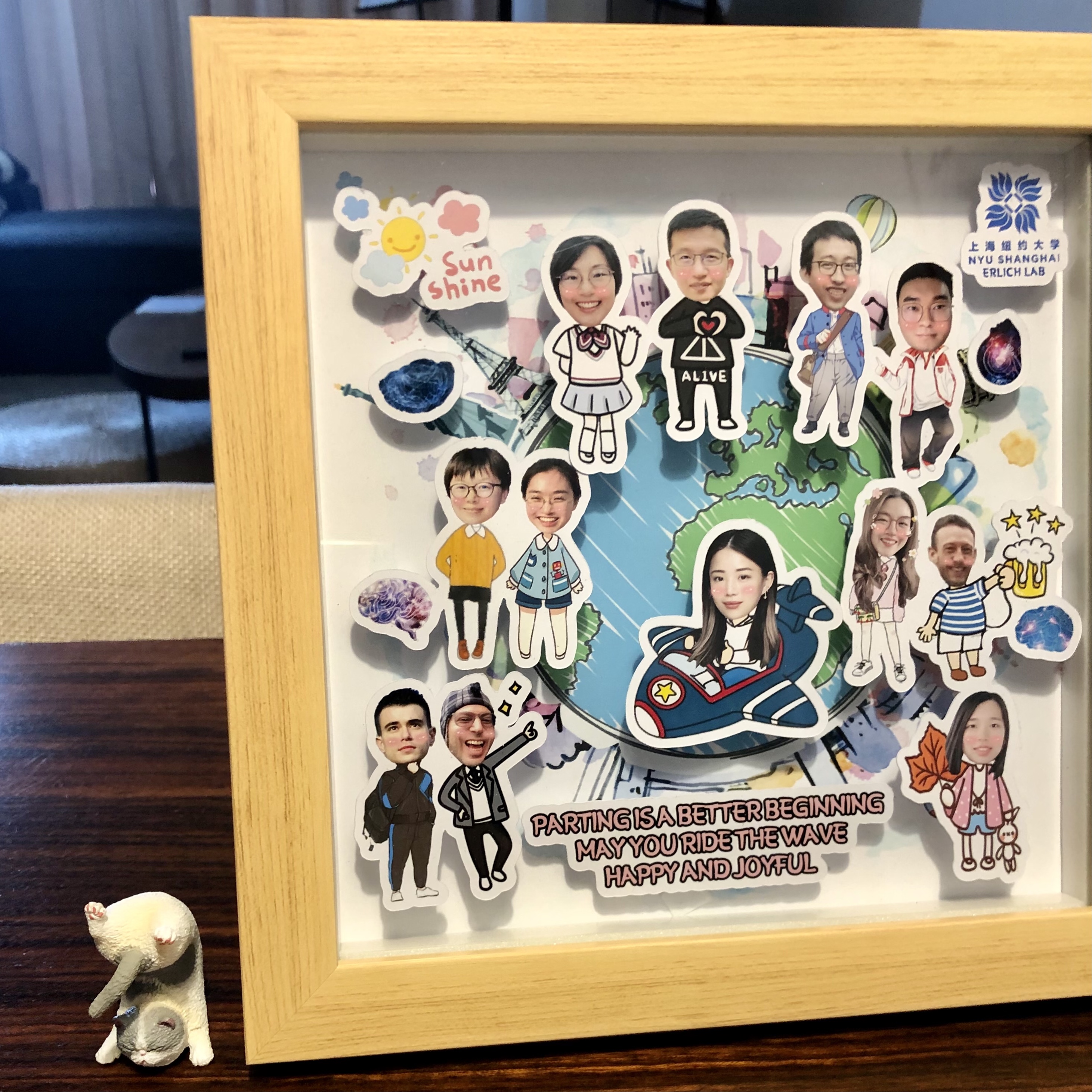 A farewell gift from Zhu’s labmates

What was your biggest challenge? How did you get through them?

The biggest challenge must have been in the third year when I had to change my research direction. Prior to that, I had already spent a year training rats on a gambling task where they integrated perceptual and value information. The task was a bit tricky and required a long training time. It became clear that I would be better off switching to something more practical. This was the first real reminder that science can be difficult, and effort does not guarantee success.

I got over this period with support from Jeffrey and professors from the committee meeting who made me realize the importance of putting effort in things that are more likely to come to fruition. An important lesson I learned from this experience is that it is better to save the opportunity cost you may lose in hesitation than to waste time on worrying about the unretrievable sunk cost.

Tell us about your dissertation.

My research focuses on how mice and rats make decisions under risk in the risky choice task developed by PhD candidate Joshua Möller-Mara and post-doctor Sylvain Dubroqua. In this task, animals make choices between a small but guaranteed reward and a large but risky lottery, which may give nothing. With millions of trials collected by the lab, I was able to estimate the risk preferences and other behavioral tendencies on a population level.

Using various mathematical models, I found that while mice and rats were better described by a class of models that capture irrational biases, humans (according to data collected by post-doctor Evgeniya Lukinova) were mostly rational decision-makers. This is not only the first quantification of risk preferences in mice, but also provides a foundation for the rigorous exploration of the neurobiology of risky choice, which is linked with gambling disorder, substance abuse, and many other maladaptive decision-making behaviors.

I also tested, for the first time, the causal contribution of two brain areas in risky choice, both of which have been identified in previous research as important to risky choice. I found that while the frontal orienting field (FOF) had a causal effect on making risky decisions, the posterior parietal cortex (PPC) did not. The results can lead to further research on the functional roles of the two areas.