Educators and students from across Shanghai and neighboring Jiangsu province joined NYU Shanghai students and faculty for the campus’s first-ever language symposium and festival, “Translating Worlds,” on September 20 and 21.

The two-day event combined talks, a workshop, and a variety of multilingual films to explore how the act of translation - both linguistic translation and social translation - impacts the way in which individuals shift their ideas and identities across different cultures.

“It’s so important to have a forum like this at NYU Shanghai because all of our students are using translation to form their individual identities on a daily basis,” said Director of Global Awards and Scholarships and Clinical Assistant Professor of Literature Anna Kendrick, who co-organized the festival with English for Academic Purposes Lecturer Marcella Caprario and Director of World Languages and Clinical Assistant Professor of French Melanie Hackney.

Drawing upon Caprario’s Spring 2019 series of panels and talks on Language and Identity, Kendrick, Caprario, and Hackney designed the festival to showcase translation’s importance in NYU Shanghai’s humanities, world languages, and English and writing programs. The events also helped kick off upcoming events in world languages, including several language conversation and culture nights in the new World Languages Lounge on the 2ndfloor of the Academic Building.

Funding for the festival was provided in part by the UK-based organization Language Acts and Worldmaking, which examines language as the means by which individuals construct their personal, local, transnational and spiritual identities.

Friday’s events began with a keynote address and panel discussion by educators and language professionals from around the globe. Four screenings of language-centered films in all five languages taught at NYU Shanghai - English, Mandarin Chinese, Spanish, French, and Japanese - also spanned Friday and Saturday.

“We constantly tell our students about how our brains change and how we see the world in a completely different way when we learn a new language, but I think it’s important to have these kinds of hands-on events where multilingual people can give concrete examples of how language has shaped them as a person,” said Hackney

“All of the films did that as well – they all modeled the challenges and advantages of navigating between languages and cultures, and how much people can grow from that process.” 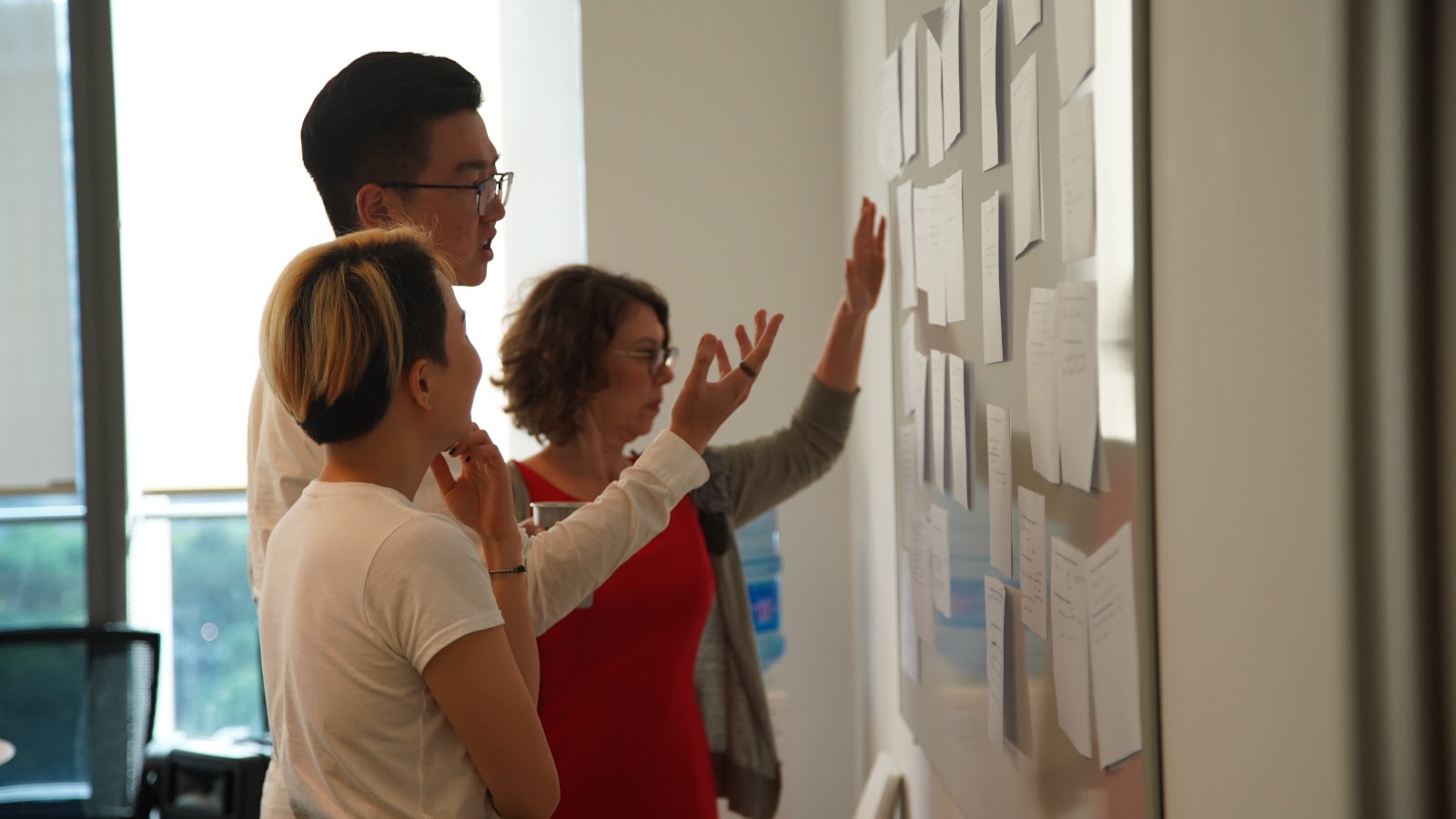 Students from NYU Shanghai and Shanghai International Studies University discuss the multitude of different linguistic and cultural identities shared by their classmates and professors at the festival’s Sept. 20 workshop.

Caprario’s workshop, the festival’s keystone event, teamed educators with students to brainstorm real strategies for understanding language use at the individual and institutional level, especially the social and cultural hierarchies that language can create.

“We wanted to bring the centrality of language in our identities to the surface to help students be more critical about the decisions they make regarding language, how they identify themselves, and how they form social groups on our international, multicultural campuses,” Caprario said.

NYU Shanghai student Linda Li ’23 of Suzhou took part in the workshop with classmates and peers from Duke Kunshan University. “Before the workshop I thought of myself as just a Chinese speaker who is struggling with English, but hearing about the experience of some other students and professors has helped me think more objectively about my own learning process,” she said.

“Since I attended, I feel that it is possible now for me to become a really multilingual person.” 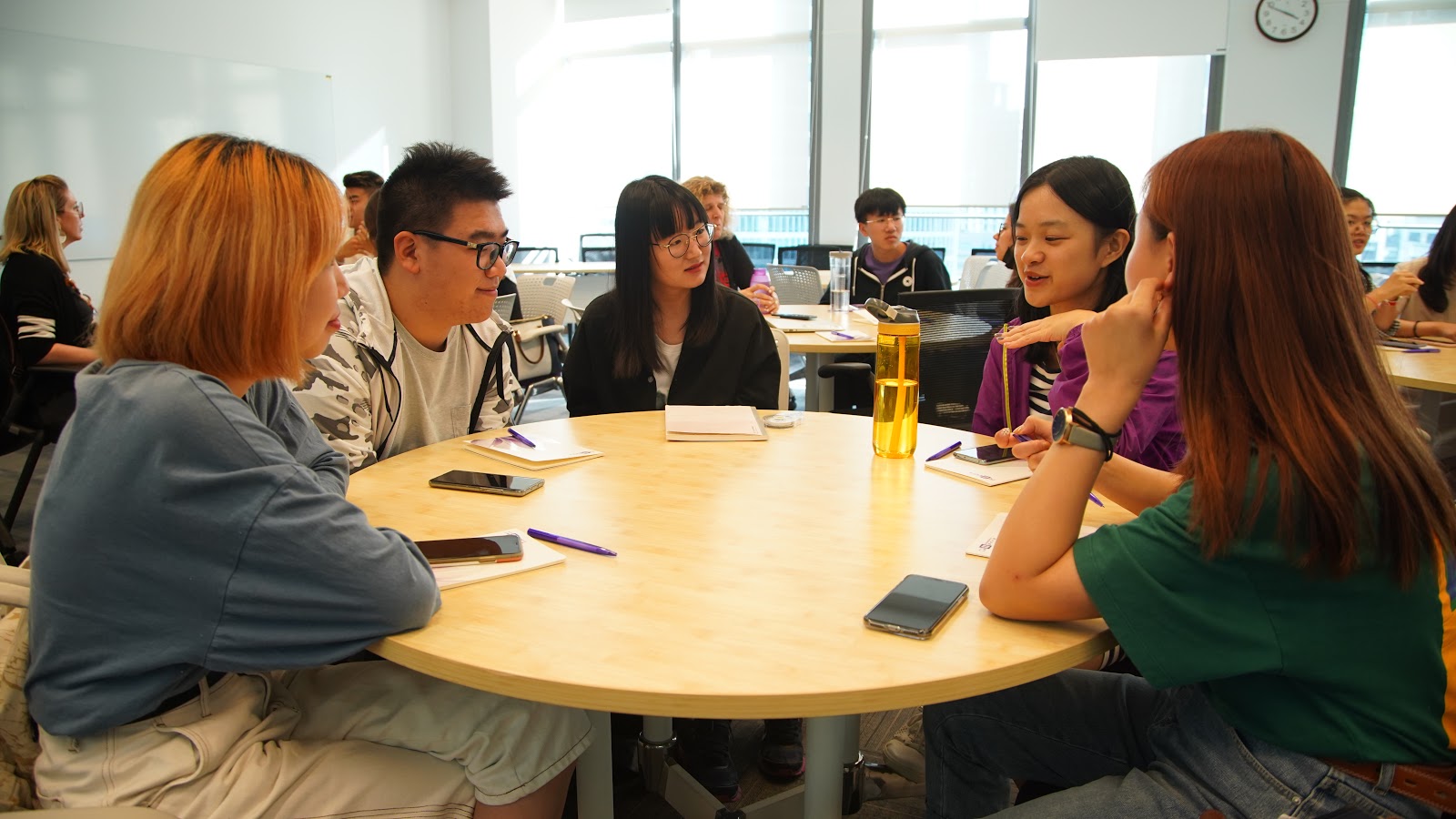 The event organizers stressed that collaborating with local universities to share experiences and strategies was a core part of the inspiration for the event, which also aimed to introduce students to potential future life paths revolving around their skills as multilingual people.

“Shanghai is a really vibrant and exciting place to do language-related work – within one audience we can find a huge range of linguistic and cultural experiences,” said Kendrick. “This city is one of many places where the embeddedness of language is readily apparent, and we have so many opportunities to start conversations with other universities here whose student populations navigate their lives through translation.”

Shanghai’s key role in global debates about language and identity was brought to the fore by the festival’s keynote speaker Xuesong Andy Gao, Associate Professor in the School of Education at the University of New South Wales in Sydney, Australia. His address examined how conversations about preserving Shanghainese act as channels for understanding the complex social relationships formed by a highly mobile and rapidly urbanizing society. 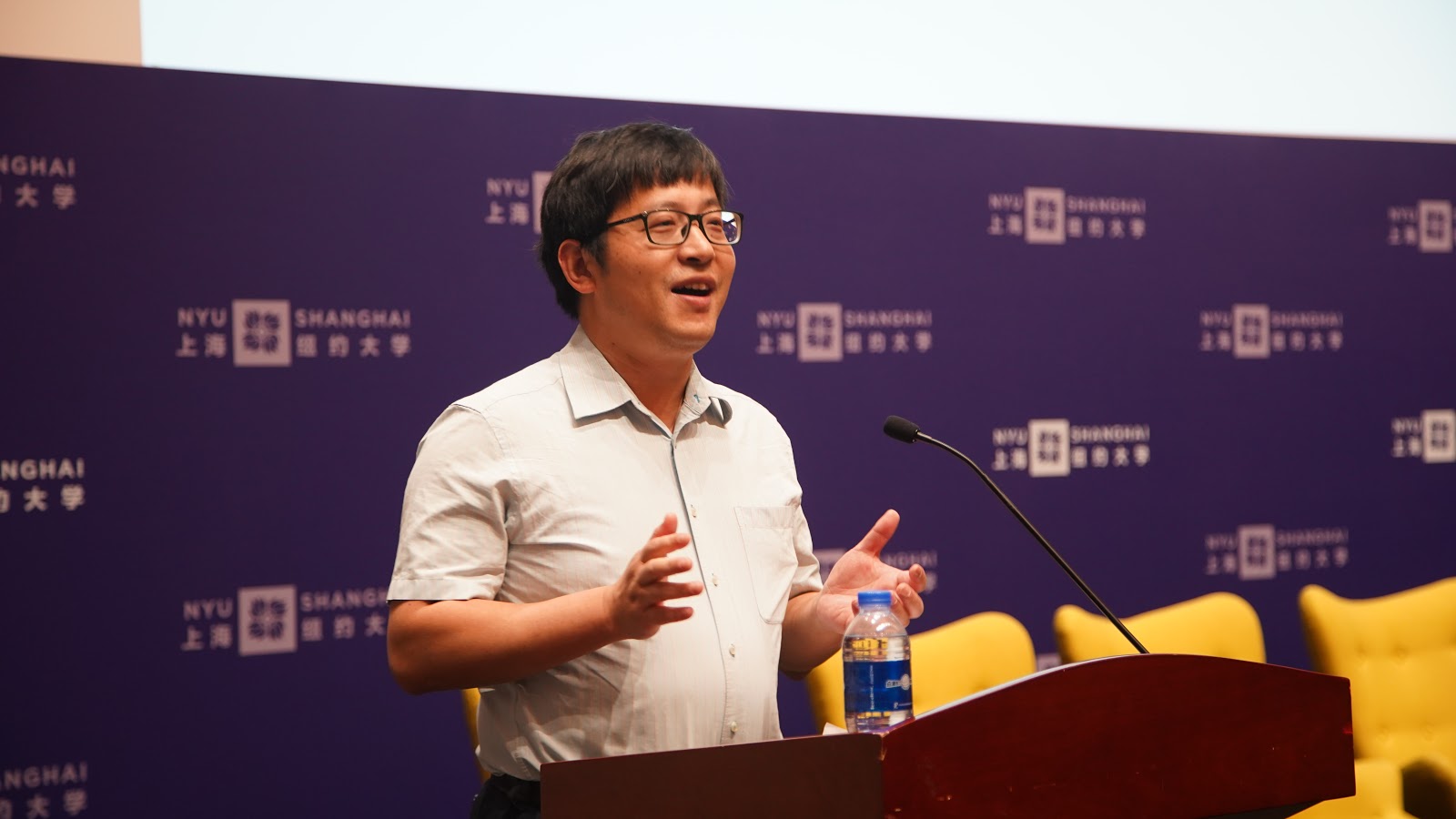 Zhou Min, Associate Dean of the Institute of Literary Studies at Shanghai International Studies University, urged students and educators to consider their own role as cultural translators in stemming rising nationalism and the worldwide tide of rhetoric against globalism.

“NYU Shanghai itself is a translation project, and I think everyone here should try to act as a cultural interlocutor or ambassador between whichever culture you come from and the culture of your school and of Shanghai,” Zhou said. “If we are to have any future for human beings, we have to open up to the outside world.”

Caprario took Zhou’s exhortation further, calling the intersection of language and identity “one of the defining issues of our time.”

“In every act of communication, we are constructing our own and each other’s identities through language,” she said. “The more globalized we become, the more important those questions of language and identity, and language and power, become.”

Kendrick, Caprario, and Hackney all said they hope to continue this all-important conversation through similar events in the future. “I hope this event can become part of a multi-pronged effort by our community to develop the skills and dispositions to be a really global institution, not just by the numbers, but by our everyday actions,” said Caprario.