Shanghai’s Qiantan district bustled with the sounds of construction once again as work resumed on NYU Shanghai’s new campus site on March 18.

As with other projects throughout the city, construction of the 115,000-square-meter new campus halted in late January following the outbreak of COVID-19. The site’s workers were required to remain in their home provinces – most of them in Sichuan and Anhui – as part of China’s national efforts to contain the virus’s spread. Now, as life throughout China begins to resume its pre-virus rhythms, all 110 workers have come back to Shanghai. 70 have already completed the required 14-day quarantine and have been cleared to return to the construction site.

“It is wonderful to see life in Shanghai gradually returning to normal,” said Vice Chancellor Jeff Lehman. “We are very happy that our beautiful new campus is resuming its rise from the ground.”

On one side of the site, backhoes load a column of dump trucks with earth as they finish excavating the shared basement for the campus’s four interconnected buildings. Meanwhile, several dozen workers weave steel bars into long prisms to form the subterranean braces for the structures’ 10 above-ground stories. Workers pour concrete to form the braces which will support the new campus’s second basement level.

Several safety measures are still in place on the site to protect workers’ health and prevent re-infection. All on-site staff have their temperature taken and recorded twice daily, and visitors to the site are also required to undergo a temperature check before being allowed to enter. The site is systematically disinfected twice each day. Temporary quarantine facilities have also been erected at the site as a safeguard in case a new infection is discovered.

Although this step forward is taken with an extra dose of caution, it is still proof of Shanghai and NYU Shanghai’s shared resilience, said Chancellor Yu Lizhong.

“Sunshine always follows a storm! The return to work at the new campus site reflects the tenacity and vitality intrinsic to this city,” Yu said. “It simply makes the story of this NYU Shanghai milestone even more amazing than it was before.” 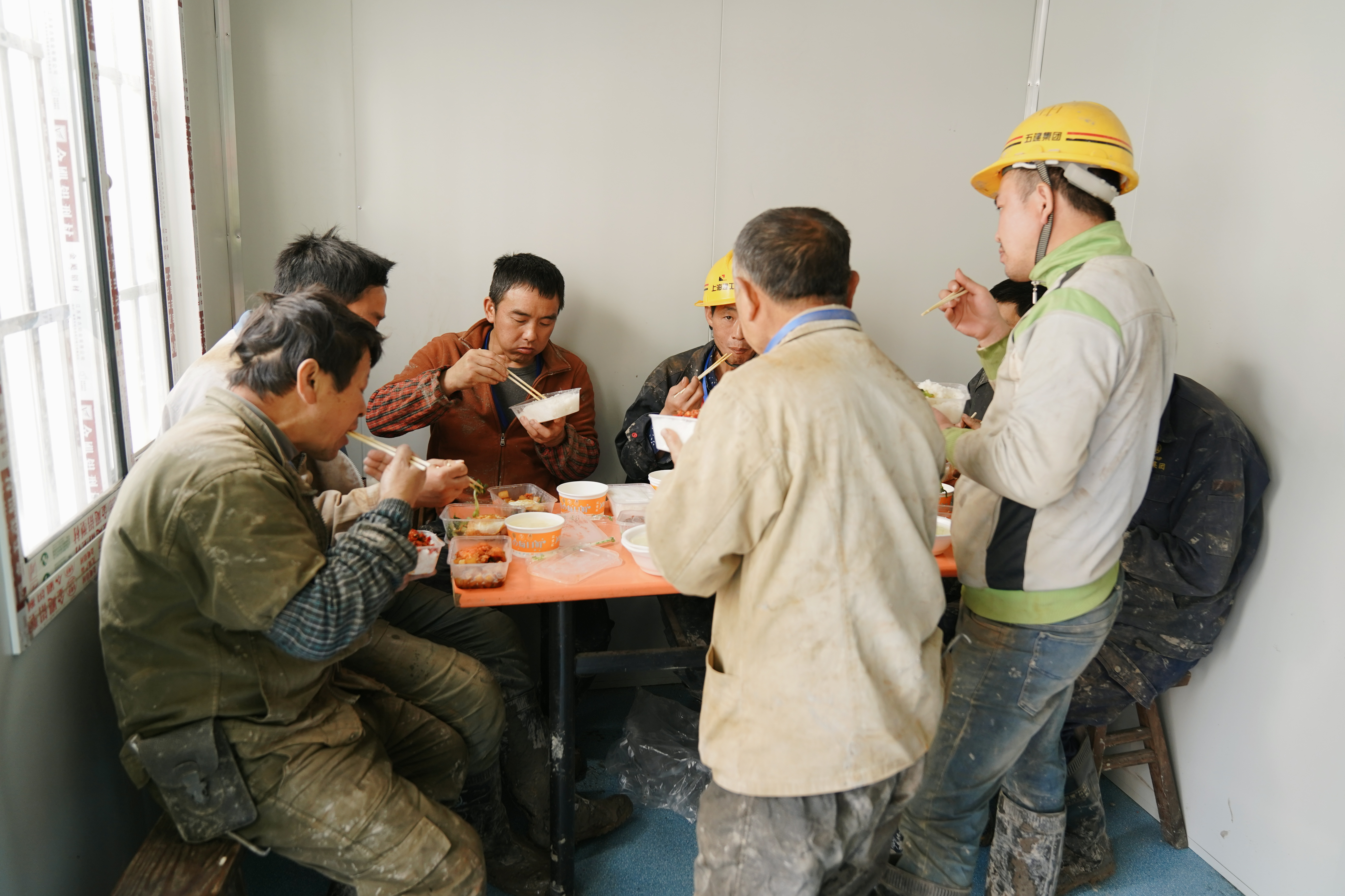 Workers share a midday meal together at the construction site’s canteen.

Despite the two-month delay, project managers are still confident that the new campus will be ready for move-in by Summer 2022.

"Catch-up measures are being taken or will be taken to offset the impact of the stoppage and ensure that the new campus can open as planned,” said Campus & Facilities Manager Crystal Zhou. The site has already received special permission to continue construction at night, allowing site developer Lujiazui Properties to quickly make up for lost time. 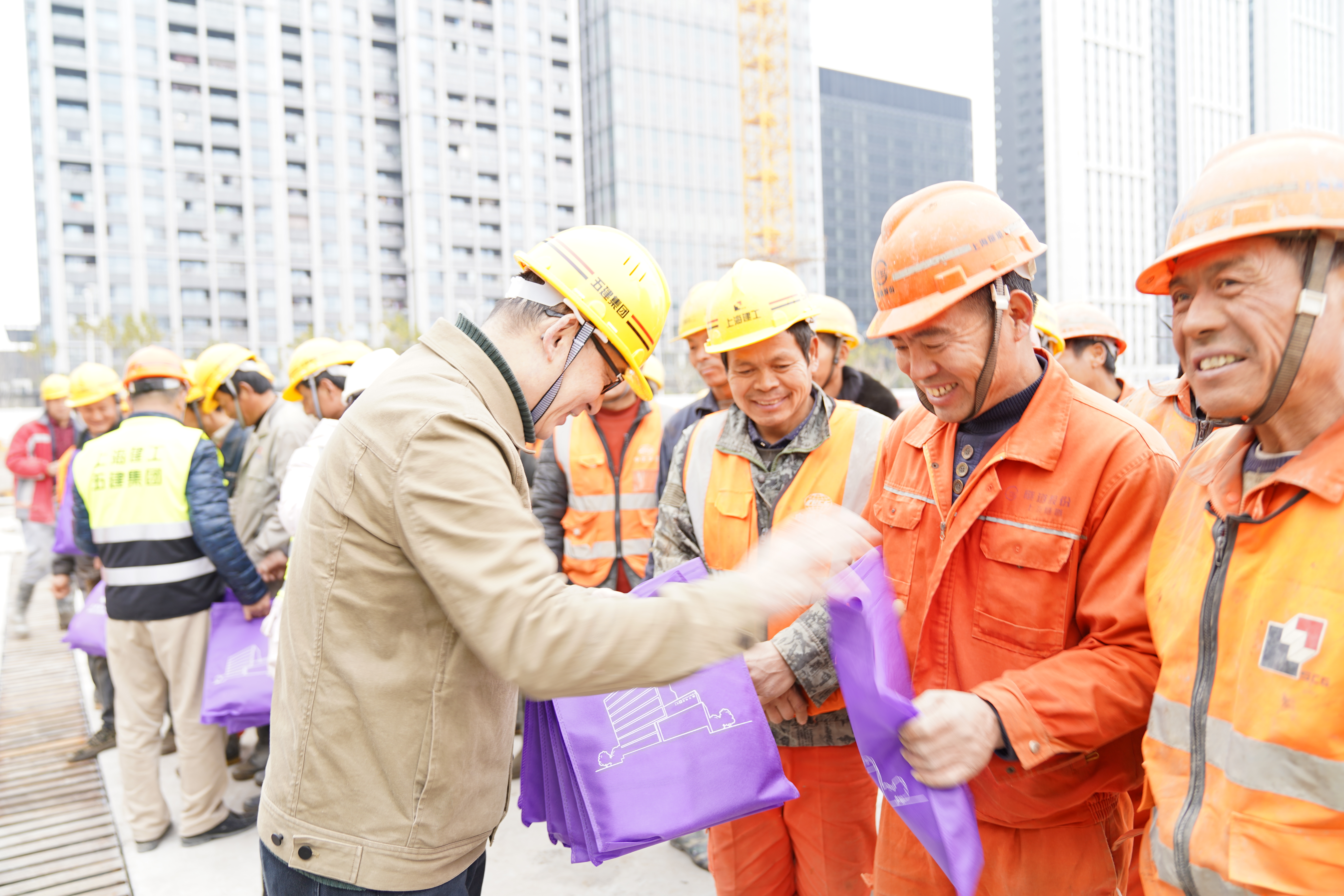