Exploration on the “topological states” of matter has been one of the most active research directions in condensed matter physics and materials science over the past fifteen years. Further understanding of the topological phenomenon may pave the way to revolutionize the current generation of quantum computing technology.

Physicists have long been searching for various functional properties, such as ferroelectricity, ferromagnetism, and superconductivity, in oxides materials, as these intriguing physical phenomena could imply promising application potential. But randomly searching for them among existing materials could take vast amounts of time and energy, like searching for a needle in a haystack. Scientists came up with a more efficient approach - synthesizing new materials, called “heterostructures”, that possess the desired properties.

Creating heterostructures usually involves stacking layers of different materials, which can be considered analogous to building with Lego blocks, Chen explained. “By putting two ‘blocks’, A and B, together, a new ‘block’ C would be created,” he said. “This newly generated ‘C block’ could portray physical properties that do not exist in either block A or block B - this is the general mechanism of heterostructures materials.”

In the study, Chen and Li collaborated and used their respective expertise in oxides materials and topological physics, predicted via first-principles calculations and model Hamiltonian analysis that strong topological insulator and topological semimetal states states could be induced in a synthesized (001) (AMO3)1/(AM’O3)1  oxide superlattice. 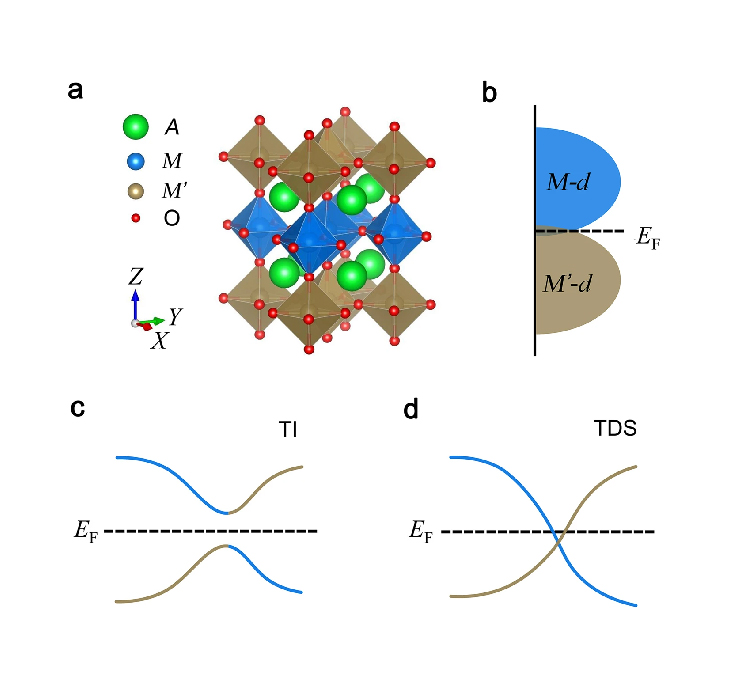 The editorial summary of the study in npj Computational Materials praised the research as providing “a novel and feasible direction for finding topological states in complex oxides.” “Our study was conducted on the theory level,” Chen said. “Moving forward, we hope experiments could be conducted so that this mechanism can be physically verified.”