Winners Announced at NYU Shanghai “One in 24” Film Race

NYU Shanghai student film organization 24 Frames hosted its annual 24-hour film race One in 24 on September 18-19, capping the contest with a live screening and prize ceremony in the auditorium on September 28. The contest challenged sixteen groups of filmmakers to create a complete, one to five-minute film within 24 hours.

Contestants focused on the theme “Live” and each group was provided with an element such as a puzzle piece or a damaged calendar that must appear somewhere in their film. This year’s competition received the highest number of complete film entries in the club’s history, with 16 films, and some 220 viewers voted in the “audience choice award” contest.

Catch a sneak peek of the winning films below! 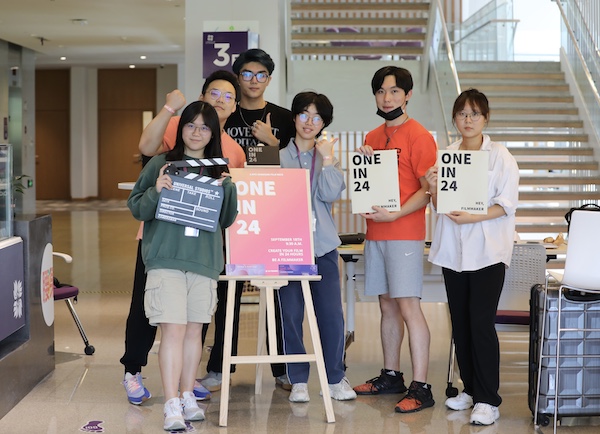 Wang Yixiao ’24  and his teammates decided to participate in the contest after watching every film produced in the 2020 “One in 24” film race. “It’s very unique since different people will have various expressions for the same theme and clue. The diversity of stories is striking,” Wang said.

In “Afterglow,” the team tells the story of a person who only realizes what’s most important at the end of his life. To represent the process of life flowing away, the film was shot from day to night and included scenes of afterglow after sunset. Wang and his teammates spent five hours shuttling between Jianping High School, a homestay hotel, and Century Park to complete filming.

“The most difficult part is to present some ordinary scenes and actions. We recorded the action of handing a book over five times to make sure the actor looked real and natural,” Wang said. “We hope the audience will recognize our ideas that you only live once, so that nothing is more important than living in the moment.”

Visiting Assistant Professor of Literature Tzu-hui Celina Hung: “The story offers suspenseful drama, with energetic turns in scenes and bold use of music. The acting is quite confident and natural, and the images are eye-catching.” 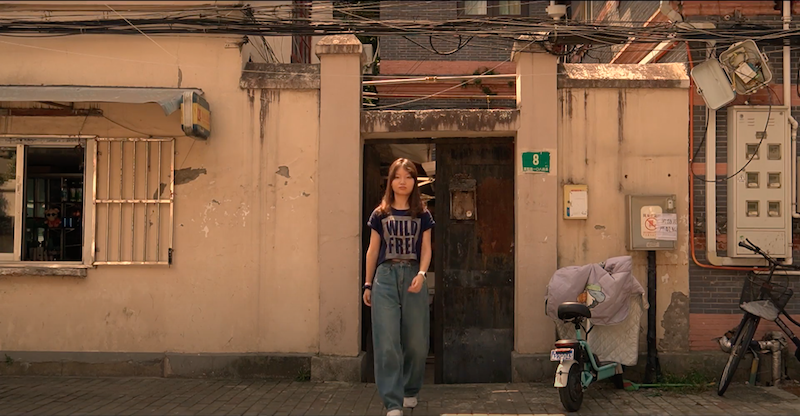 The clue “yellowed memory” inspired film director Chen Yifei ’25, a Shanghainese local, to go back to her former home in Yuqing Lane in Hongkou District in search of memories of her childhood. In “Yuqing Lane,” the main character tries her best to find an ice cream which she loved very much when she was a little girl, but ends up with nothing. She gradually realizes that she can never go back.

The story shows that although some of our old memories may already be demolished by time, some fragments of those memories may still lie hidden in reality, concealed beneath the shining camouflage of highrises and skyscrapers.

“Nostalgia brings us sadness for a sense of loss. But meanwhile, it’s also preserving the city’s memory deep in your mind and allowing us to constantly refresh ourselves so that we march towards the future,” said Chen. The group hopes the film can show viewers that cherishing the present is always more important than remembering the past.

World Languages Director Melanie Hackney: “The diversity of images, cinematography, and sound made this very engaging and enjoyable!”

Inspired by their required element, a half-opened door with light inside, this group used the “door” as a metaphor for interpersonal relationships, especially a budding campus romance. Boy meets girl, and both of them step out of their comfort zone and open their minds to fully embrace life.

“When you are breaking into others' lives, you open a door that was closed but left unlocked. This is our interpretation of the theme,” said Ye Jinran ’25, the film director. Ye says he appreciated how One in 24 gave his team a great opportunity to realize their movie-making dreams. Winning this prize is just the start of their journey to expressing their individuality through filmmaking. 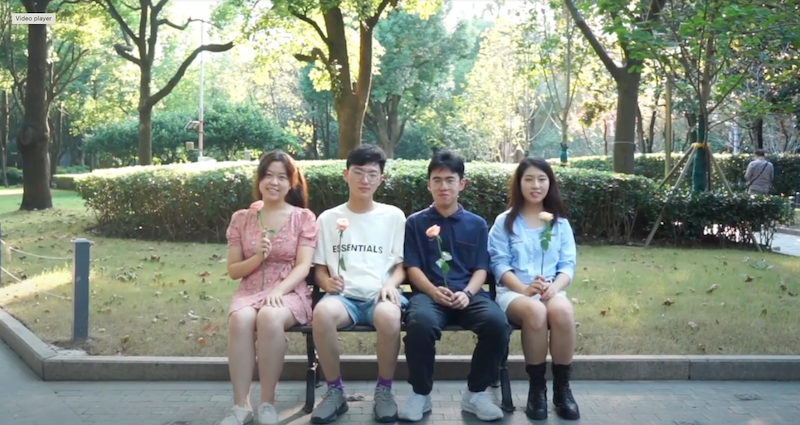 Four quadrants (四象), a name excerpted from the Book of Changes, is an unconventional approach to exploring the infinite meaning of the contest theme, “live.” This film tells a story through the perspective of a multiple personality disorder patient, demonstrating his four independent, distinctive personalities, which represent four different attitudes towards life.

Instead of comparing the four characters or drawing a conclusion about which one is better, the four group members say they are trying to make people rethink the way they live and inspire the audience to get their own answers to understanding what it means to be “truly alive.”

Scan the QR code to watch all the films: