Student art installation explores what becomes of our data after death

In June, senior Xinyi (Skye) Gao ’21 asked two of her friends if they’d be interested in collaborating on a Dean’s Undergraduate Research Fund (DURF) project over the summer. She wanted to use art and media to explore the subject of death and digital bereavement—from the technology of how death is announced to what happens to all of our personal data when we die.

"Skye came up with the topic and we wanted to learn more about it,” said Candy Bi Yanran '21. “Our generation experiences so much on the Internet—we're used to seeing 'RIP' on people's public social media accounts, but we're not so familiar with actual funerals.”

Gao and Bi partnered with Lily Wang Zhichen ’21 to create what was voted the “Most Popular” project at NYU Shanghai’s mixed-mode Undergraduate Research Symposium this fall. Their art exhibition, titled Remember Me Digitally:Digital legacy through electronic media, was a full-scale immersive mixed-media installation in the student gallery, Gallery 1250. 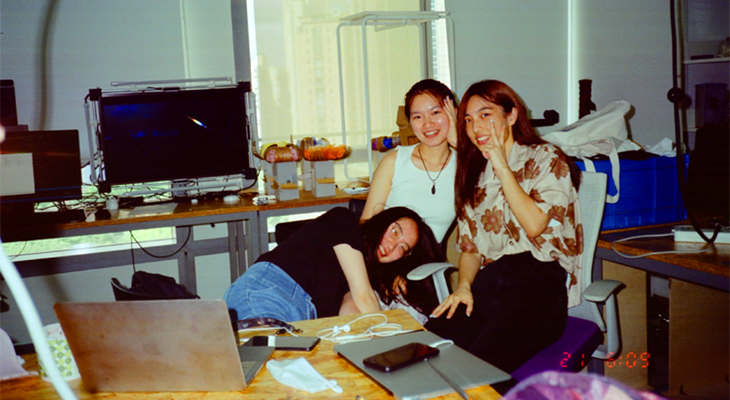 "We wanted to create a very personal, individual experience on digital bereavement, because our life is not only now physical but digital,” said Gao. “Our exhibition has three parts to get people through the experience. The first part is about how information of death circulates on the Internet. We created several fictitious personas and displayed people's reactions towards this circulation of information."

Participants entered the gallery space beneath a series of cyberghost white LED door frames as they approached different stages of the exhibition. Free-standing speakers—each not much larger than a human ear—were posted at different heights and whispered recorded remembrances of the fictional deceased. To hear the intimate stories, audience members had to lean in or stand on tip-toe to reach each speaker. 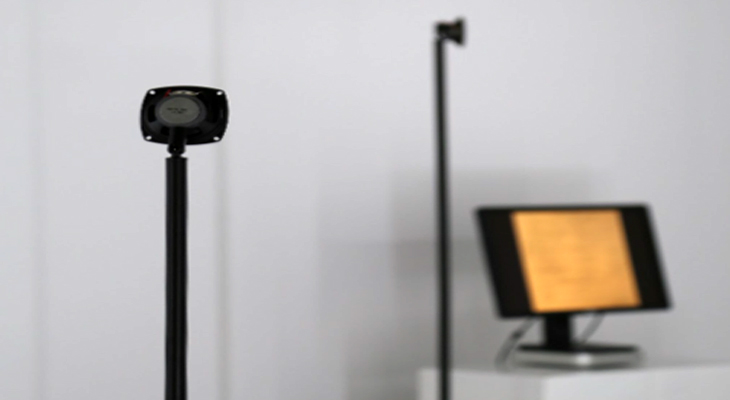 One of several free-standing speakers whispers fictitious personal stories about loved ones that have passed.

A display phone auto-generates a conversation mimicking how news of death is spread via text message.
An old Nokia phone sat quiet on its own podium across from a more recent model mobile phone that auto-generated a casual text message conversation about death to show how modes of grievance evolve with technology. Following this was a monitor displaying a US Standard Certificate of Death about a homeless guy and an outdated television set on the ground cycling a news report of a teen drowning. 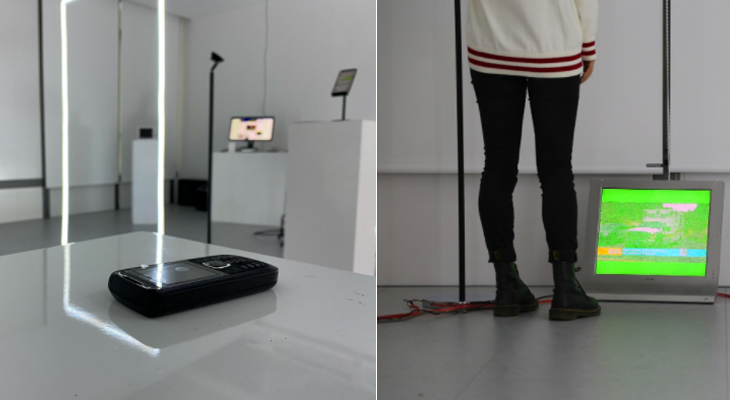 The team also dedicated a stand-alone digital photo frame that played memories of another fictional character followed by a self-scrolling monitor that revealed activity on the deceased’s Facebook-feeling social media site. "The second part is how digital assets can be preserved as a memory to pass on to other people,” said Gao. “We displayed a fictitious social media platform and also included a VR experience so that our audience could immerse themselves into the memory and environment of the dead." 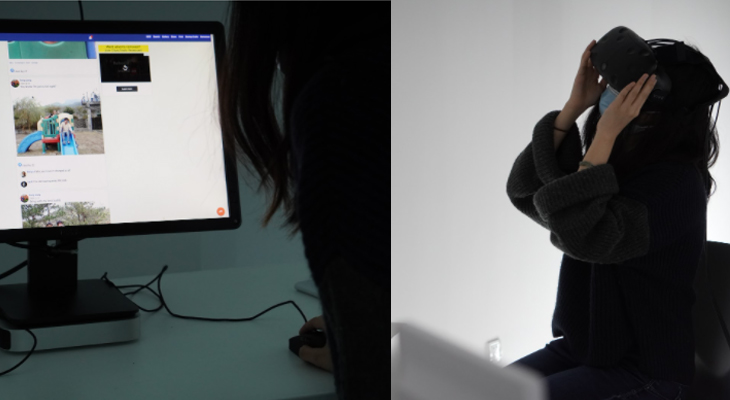 The third and final part of the exhibition required the audience to make a decision regarding their own digital legacy by uploading a personal photo to a platform, setting a password and choosing between ‘Delete,’ ‘Share’ or ‘Preserve,’ resulting in a printed receipt with a QR code depending on your choice. 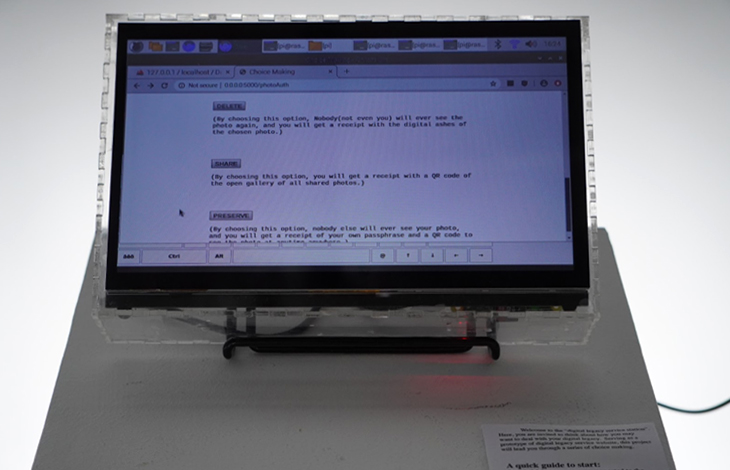 “If you choose 'delete,' you'll get some digital ashes printed in binary code. If you choose 'share,' your photo will be uploaded to a public platform that everyone else who has also chosen 'share' can see. If you choose 'preserve,' you get your password in a QR code, which you can pass physically to people you want to give access to,” said Gao.

“It’s like a prototype for what kind of services we want: a website that can access all of our online information and give us the choice of whether we want to preserve it, pass it down to some family members, have it open to the public domain or completely delete everything," said Bi.

"We wanted people to be aware of how important their digital legacy is and convey this idea through something experiential and related to daily life," said Wang. 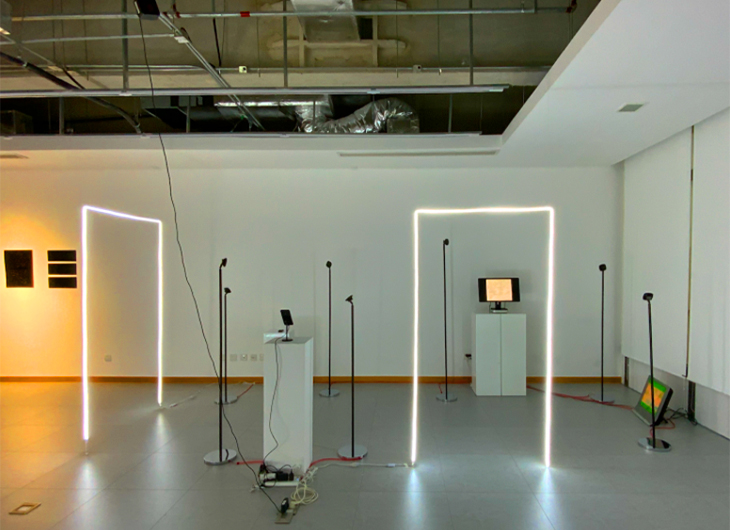 Assistant Arts Professor Eric Parren who had previously taught the trio in his class, Topics in Electronics and Physics Computing: Kinetic Light, served as the faculty advisor for their project.

“I was kind of surprised, since it was a super heavy-handed topic,” Parren said. “As a media artist, I generate a lot of data, but I never had thought about what will happen to it all later. It was really intriguing to have my brain pushed in that direction.”

Over the summer, Parren met with the team every week both online and eventually in person. “They came up with all of the ideas, we bought all the materials, and we sort of tried things out,” he said. They spent August immersed in books, articles and constant discussions.

“In the beginning we weren't sure how to present this topic to our audience,” said Wang. “Should we come up with a solution of dealing with digital assets or leave it for the audience to decide?”

“The interesting part about the conceptual conversation was because I am not an expert in that field, we had a very level conversation,” said Parren. “I wasn't actually guiding them; we were really just having a group conversation figuring everything out.” 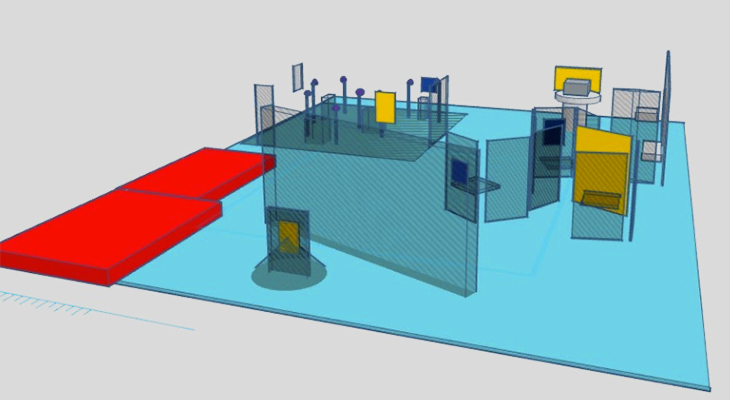 By September, they had already ordered equipment on Taobao and were putting their coding skills to the test. “The meetings we had here were more practical about setting up, like how do you code a web server? How do you make a touchscreen work? How do you create your own wi-fi network? I think they all have their own sort of area of expertise,” Parren said. “Skye has the mind of a sculptor. She came up with the lighting—these doors of white light were the only lights in the gallery other than a string light on the floor. That was a decision she made when we were installing things.” 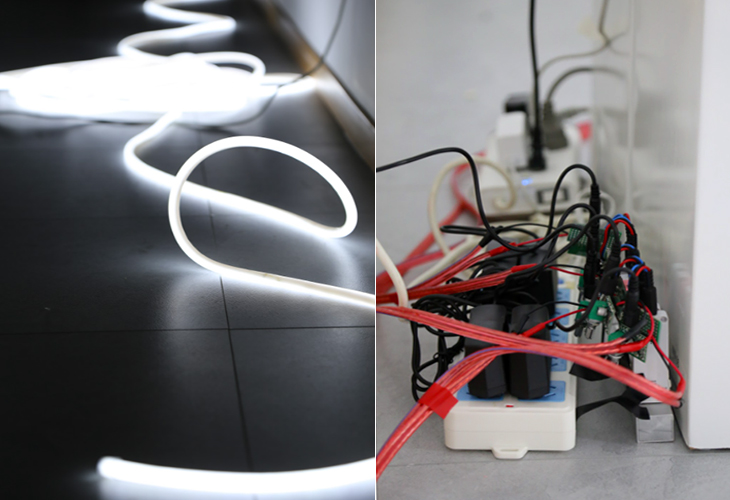 By the time November rolled around, the team had learned how to install wires, speakers and other equipment. The completed installation was glowing with light, whispering with sound, and printing digital ashes.

“They really wanted this intimate experience of hearing people’s voices and so we had a conversation about how to exhibit sound,” said Parren. “Just putting a headphone set on a wall and putting those on—that’s the easy way to go, but it’s sort of boring. What they did was more personal. By making it more of a sculptural object and putting the volume not so loud, you have to come in and interact with it.”

"At the end, while we were setting up the physical installation, we were faced with new issues every day—from a power outage to how to hang wires and getting the touch-screen display right,” said Wang. 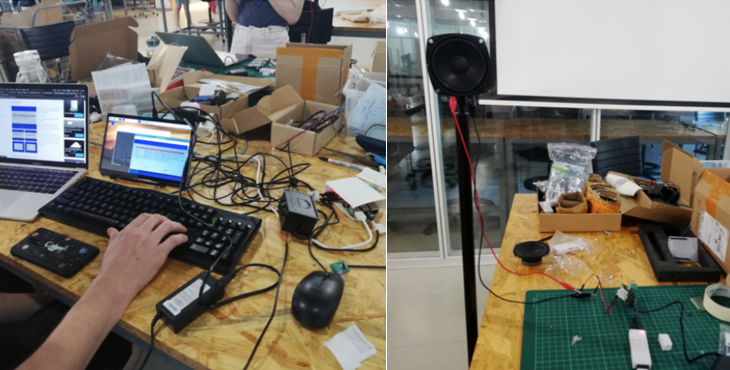 “I was there helping them install before the exhibition. They had four days of installation and they’d stay there working on it until two, three, four in the morning, connecting wires to speakers and all these little things that end up taking five hours to do,” Parren said. “It was interesting to witness how well they absorbed the reality of the actual physical making and putting it up.”

But working on projects until the early hours of the morning isn’t something new to most IMA students and faculty. “For certain IMA courses, that kind of happens. I get very invested in their projects and want them to succeed. We just like working in the lab until forever and ever,” Parren said. “There’s a strong connection between faculty and students at NYU Shanghai, especially seniors. You get them in your foundation courses and they show up throughout the years in different elective courses. You see them grow and you can see that the knowledge that you wanted to share with them, it actually stuck.”

“One thing we talked about was actually writing an academic paper afterwards,” Parren said.  “There’s a lot of room to write about what they learned both conceptually and practically just making things.”

Parren said he was glad to help his students on a project that went beyond the traditional IMA Show that showcases student work every semester. “Students don’t really get the opportunity to exhibit work in a more permanent format, and so they’re not very experienced in how to make their work in such a way that it lasts for longer than two hours, and that it’s properly installed,” Parren said. “It’s something I always try to teach, and this was an excellent opportunity for them to learn that.”

And although the art exhibition has ended, Parren is still helping his three students towards another opportunity, this time with recommendation letters for graduate school. “Especially in an IMA-type grad school, having a self-directed project exhibited as nice as this is really good for your portfolio. I’ve sat in on grad school applications and that’s one of the things I look for, a student having their own initiative,” he said.