For the third year in a row, NYU Shanghai and the New York WILD Film Festival joined forces to present an afternoon of film screenings and panel discussions featuring documentaries to inspire viewers to “explore, discover, and protect” the world’s natural heritage. On April 19, more than 40 first-year students from Yangjing Senior High School, a partner high school with NYU Shanghai, and many members of the NYU Shanghai community were in attendance.

Below are some images from the festival, synopses of the films shown, and some of the Yanjing High School students’ reactions to the festival and films they saw:

A film following the first female Afghan mountaineering team as they navigate their first expedition and fight for recognition as athletes amongst their country, culture and families. 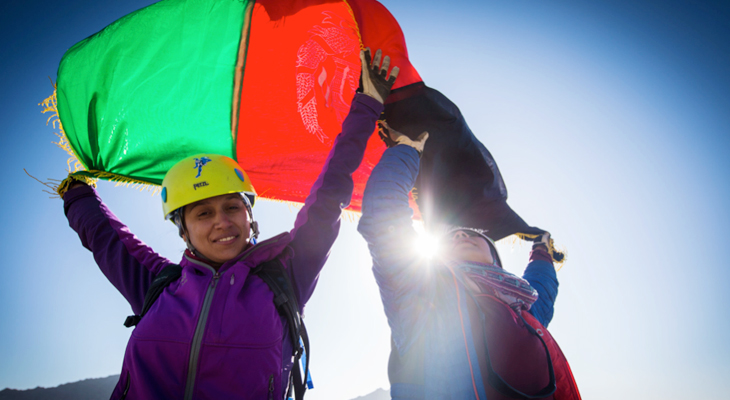 “Afghan women showed their tenacious spirit of fighting for what they deserve. In this film, one of the girls said during the interview: ‘When I stand on the peak of the mountain, I feel so good, not just for me, but for all the women in Afghanistan. This means how strong we are or how strong we can be. Now I have become their beacon, and give talks everywhere. I hope I could inspire them to do the things that I have done.’” -- Wang Yixiang​

“They reached not only the summit of the mountain, but also the summit of Afghan womanhood. They accomplished the things that some men couldn’t do. I was amazed by their courage and perseverance.” -- Xu Shuyue

A Chinese black market is wiping out the Mexican vaquita porpoise, one of the world’s tiniest marine mammals, with less than twenty left in the world. The film recorded the efforts and conflicts in Vaquita protection in recent years.

“Many people believe that the vaquita is already extinct because there are still thousands of nets in the sea and all they find now are the dead bodies of the vaquitas. However, [the people on the boat named the] Sea Shepherd are still trying to save the species…. What really touched me is that they never stop, even though they have been constantly threatened and intimidated by poachers....” -- Ding Nanjia

“In the Question and Answer session after the film, someone asked [Wildlife Conservation Society program manager] Rocky Liang, ‘as the extinction of endangered species is happening around the world, what can we do as ordinary people?’ The answer he gave was that we can't promise anything, but we still must do everything we can. For instance, we should not buy decorations and foods made from endangered species, and call on people around us to do the same. Although what we can do is very little, but if everyone is like this, with awe in nature, we could change the situation we are in now.” -- Liu Yefei

Liberian activist Silas Siakor is a tireless crusader against illegal logging and corruption. This film warns of the power of politics, features the role of technology in our rapidly-changing world and highlights the impact one person can make to change the system from the ground up. 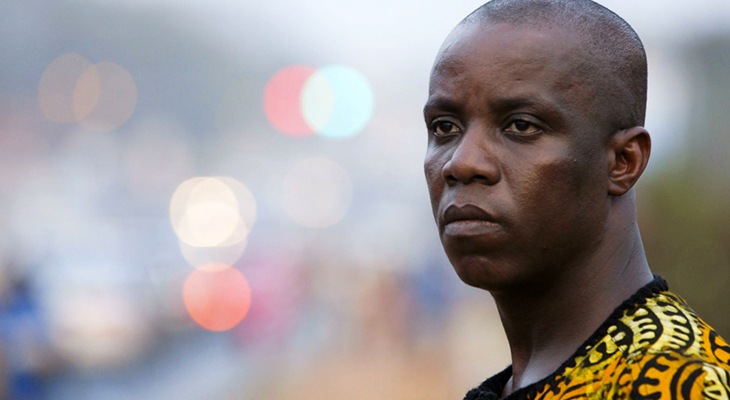 “The film Silas recorded the journey of Silas and his environmental organizations in great detail, which made me think a lot. The neverending protests of the people have not been taken seriously, and the president elected by the people has betrayed the people. The government that sells the country’s resources to earn profits continues to ignore the living conditions of the Liberian people…. The world is far from being as bright as we think. Yet we still see the general public as a force to be reckoned with.” -- Wang Jiadong

“Definitely, a lot might come from Silas's effort to lead the country to solve its bad problems.
That’s why I was deeply moved by him.
He cares for people.
He works steadily with no pay.
Someone like him deserved to be respected.” -- Xu Kaixin

Un Dia En El Parque
Director: Diego Porral
Spain, 2017, 3 min
In “A Day in the Park” we are introduced to a monologue by a grandfather who explains to his grandkid how things used to be, or maybe; how they are now.

The King’s Keeper
Director: Thomas Rowell
USA, 2018, 12 min
Prahlad spent most of his life working with circus elephants in India; now he is a mahout in an elephant sanctuary for a seventy-year-old tusker who spent fifty years in chains.

Remixing Madagascar
Director: Drew Fulton
Producers: Ben Mirin, Drew Fulton
USA, 2018, 9 min
Sound artist and acoustic biologist, Ben Mirin, records the sounds of endangered wildlife in Madagascar and transforms these voices of nature into original music that celebrates the biodiversity and conservation of one of the most unique places on the planet.

“The Festival showed us the relationships between humans, wildlife, and nature. Many people proclaim that they will protect wildlife, but they don’t know how they can personally get involved. They don’t try hard enough, so opportunities just escape them. Watching the films made me realize that there are actually tons of people out there doing the best they can to change the situation. They’re pulling animals from the brink of extinction, doing things that normal people can’t even imagine. At the same time, there are people who are working against them for money or power. I really wish more people could know about this, and do what they can for the animals of this world. Films, short videos, and documentaries are the best way to communicate with the general public. I hope events like the New York WILD Film Festival will get more promotion around the world, and make some noise, so that more people be aware and work together.” -- Zhao Yutong

“During the New York WILD film festival, the president of Go Green Week, Josh Jensen introduced his student club to us. I learned that the students at NYU Shanghai pay attention not only to caring for plants and animals, but also to making sure their daily activities are environmentally sustainable. I was amazed by this university, as the students here move their concerns and thinking beyond books and theories, and actually, put what they learn in to practice. The care about our world and the earth we are living in!”​ -- Meng Jiayi