Over this year’s National Week break, eighteen student members of the Dean’s Service Corps and two staff members traveled to rural Henan province to work alongside the Chi Heng Foundation, an organization that supports children and families whose lives have been impacted by HIV and AIDS.

Students across all classes--including study away students from New York and Abu Dhabi--spent five days learning about daily life in Henan’s rural villages, interacting with children and their families through community service activities and gaining a deeper understanding of how the Chi Heng Foundation supports the local community.

In order to reach this part of China, we first had to fly to Zhengzhou, Henan’s capital, a one-and-a-half hour flight from Shanghai. From Zhengzhou, we drove three hours to Zhoukou, a smaller, prefecture-level city where we spent the majority of their time. Over the course of the trip, we would travel visited two elementary and middle schools, the homes of  three families, a farm, a textile factory and a local temple.

Below, several classmates share impressions of each of our five days in Henan.

The first day of the trip was the most moving.  Before arriving at the elementary school, I didn’t realize how excited the kids would be to see people from outside their town. 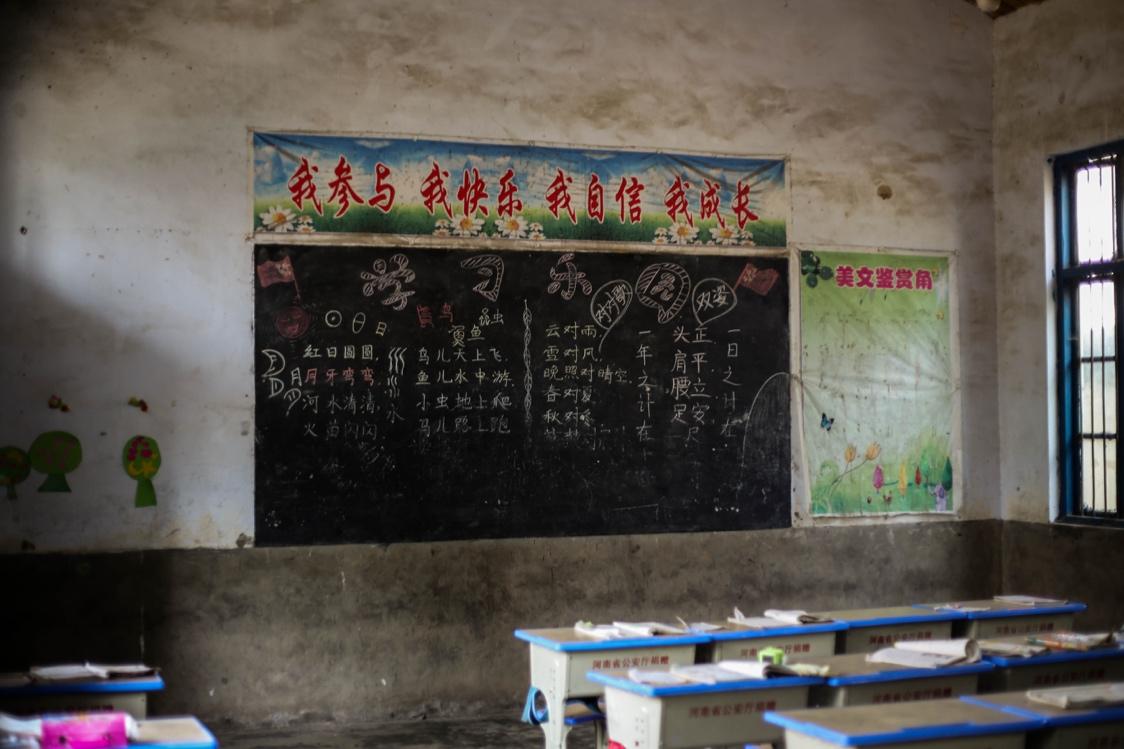 As we painted ceramic piggy banks together, the kids told us how the Chi Heng Foundation had made their lives better.  I was touched by so many of their stories. Between my limited Chinese skills and helpful translations from my friends, I’m glad that I was able to communicate with and make some of the children happy. One of my favorite memories was talking about dogs with one little girl.  I will never forget the smile she gave when I showed her a picture of my dog at home. 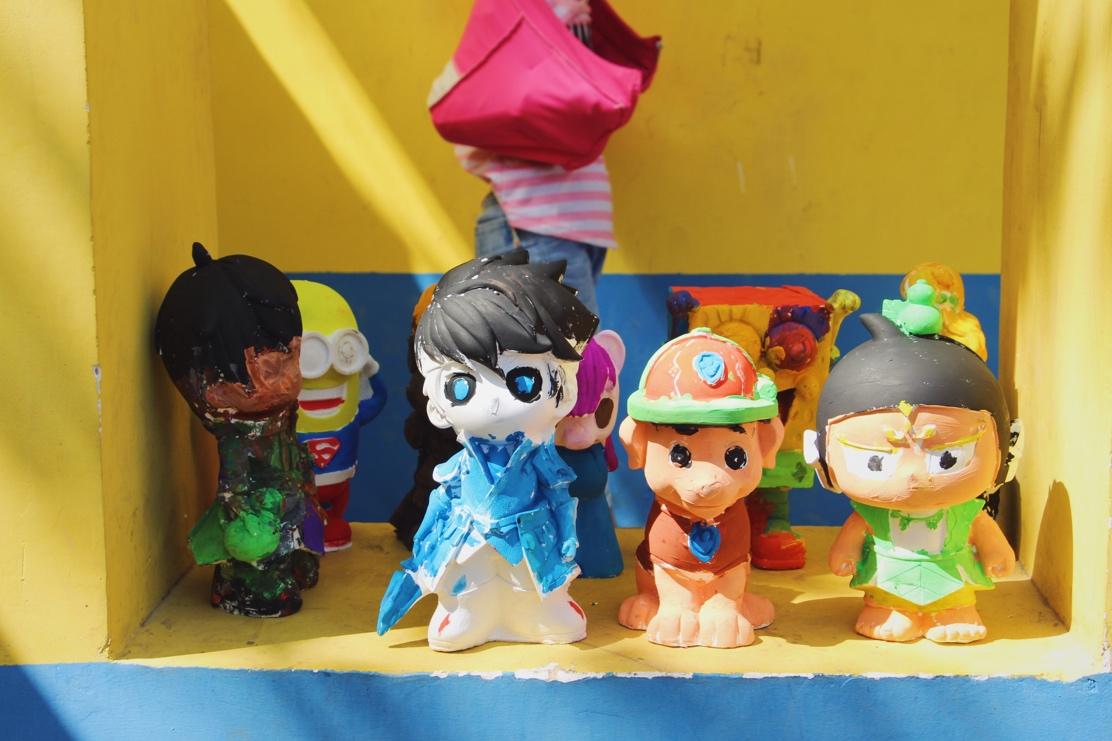 Day  One: Afternoon at the Farm

Later in the day, we visited a farm, where we helped harvest cotton and peanuts. Our two hours in the fields gave us insight into the tough lives of the people who depend on this work and these crops to survive. This was an experience that would not have been possible if I had just visited Henan as a tourist. 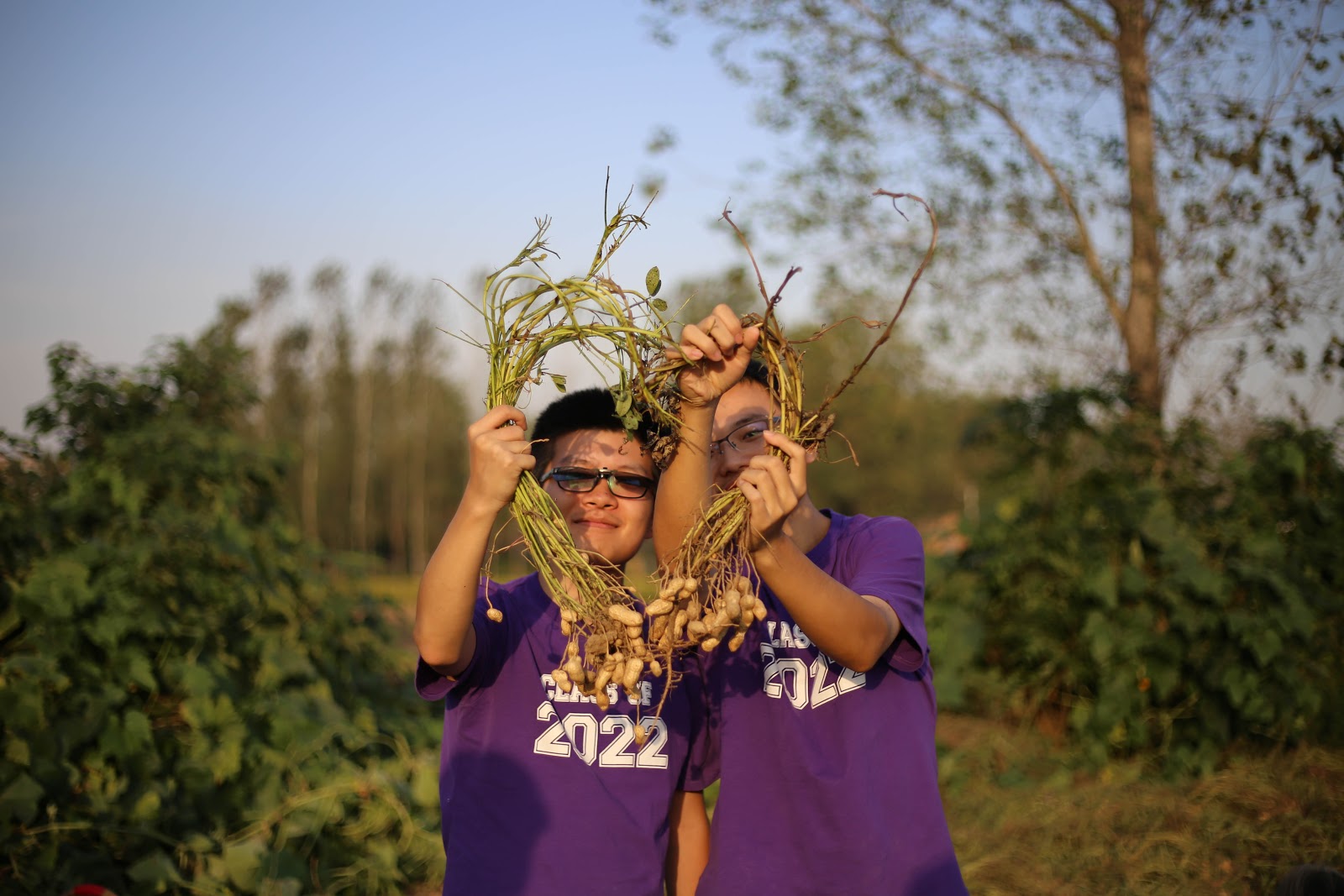 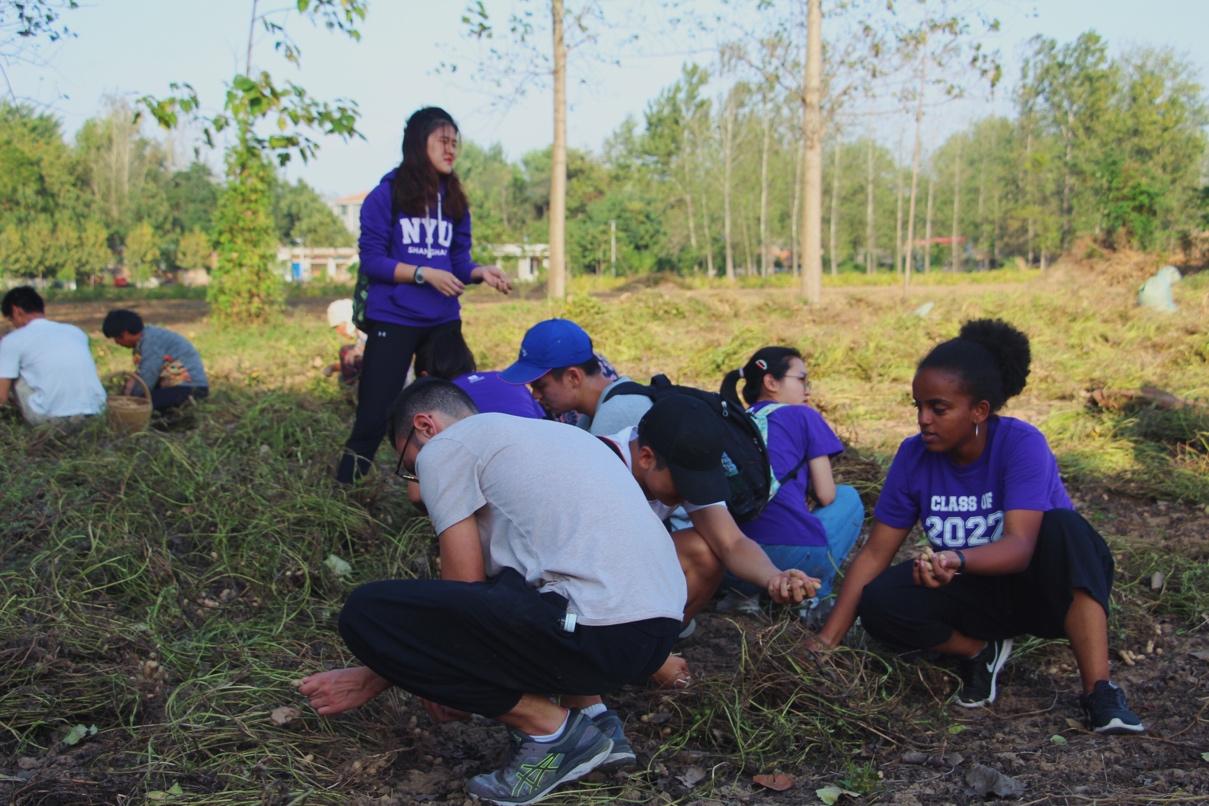 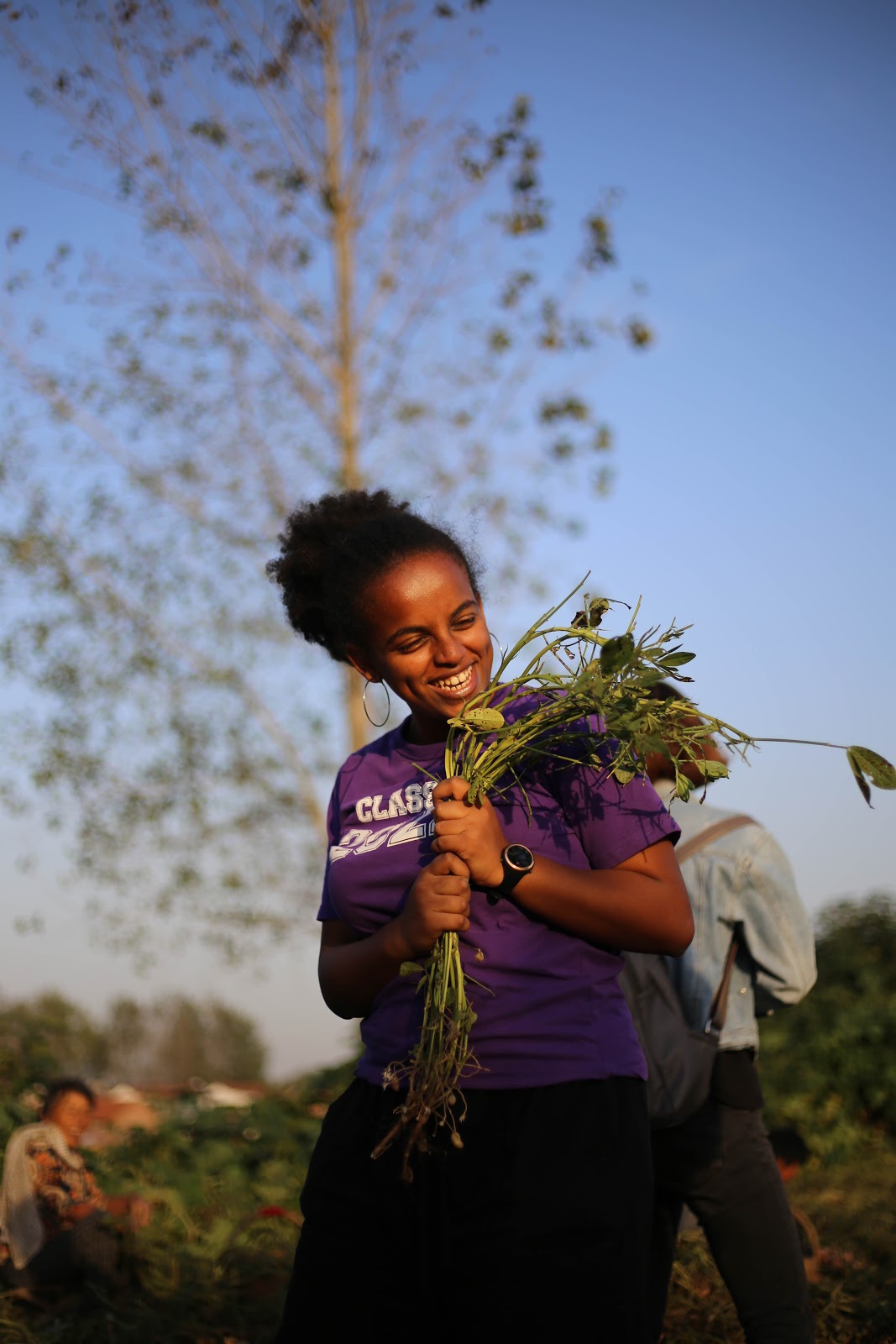 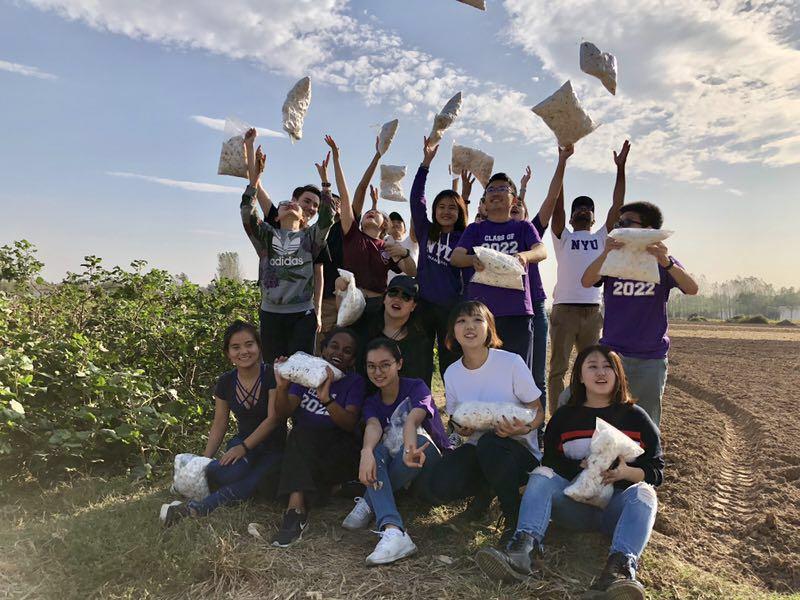 We started day two of our trip by visiting the houses of two different families affected by HIV/AIDS. The first was a family of five (two parents, two children, one cousin) who lived in absolute poverty and depended on  monthly support from the Chi Heng Foundation. The second family consisted of just a grandmother and grandson, since the parents had passed away from AIDS a decade and a half before. These two lived in a newer housing development provided  by the government. 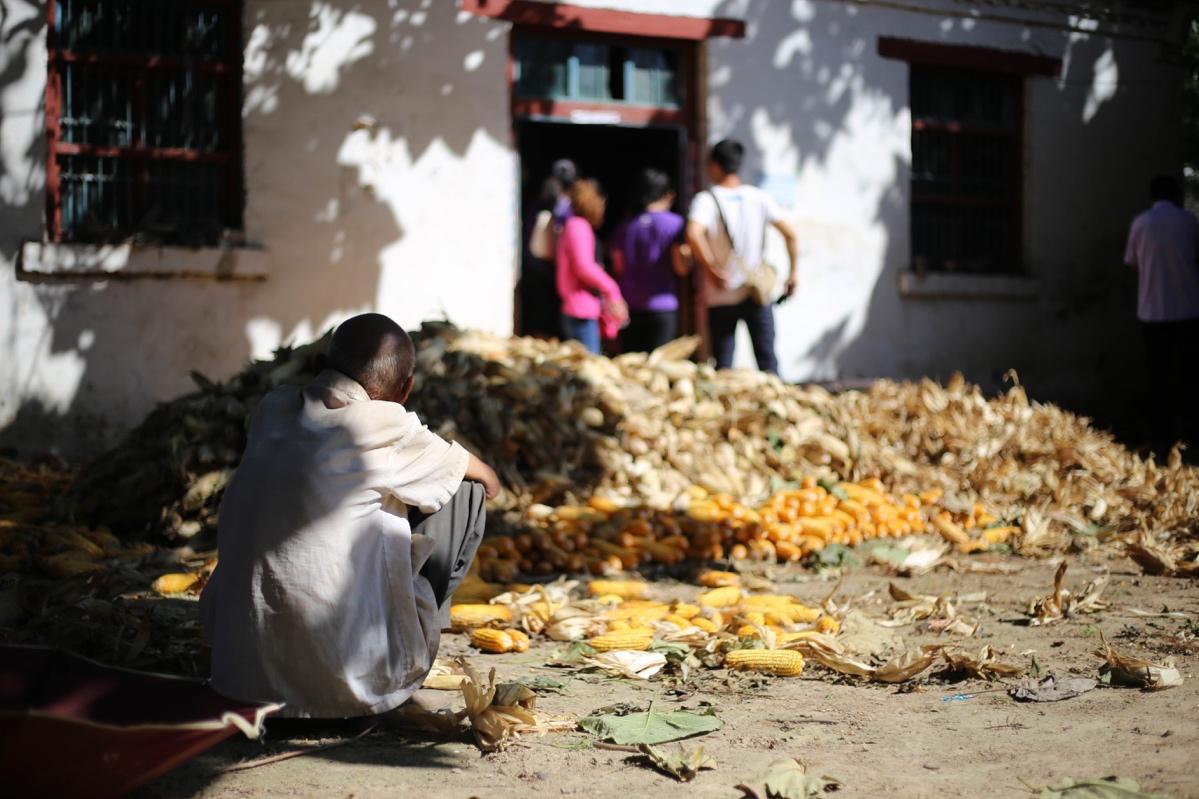 Afterwards, we went to a third house, where we held a joint birthday celebration for village kids who had recently had their birthdays, and made a giant lunch together. I remember watching my fellow classmates as they stood over a set of woks in a very basic kitchen to prepare lunch for all of us. The sunlight streamed in through the kitchen window and shone over them.  It reminded me of a dramatic, multi-person Renaissance painting. The spirit of people gathering from all across China and the world for this short afternoon of celebrating birthdays I felt was perfectly captured by this image. 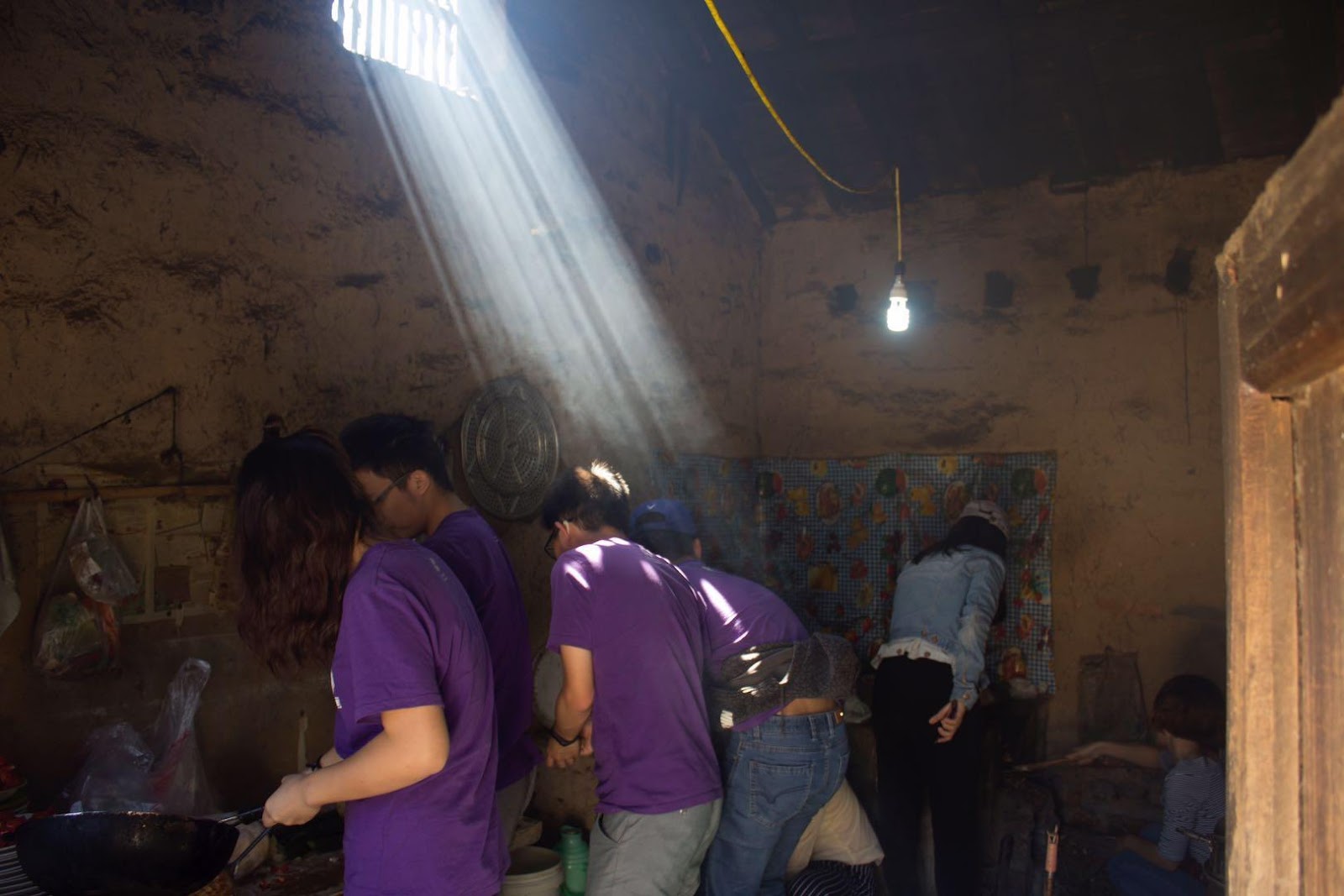 That lunch was my favorite part of the trip because it was the first time in a while that I felt like we had slowed down and stopped to prepare food and enjoy an afternoon with other people. This meal needed to be prepared and then served, and allowed me to reflect on the realities of rural life more than any other part of  our trip.

In the afternoon, we went to a textile factory that employs members of the families supported by the Chi Heng foundation. The factory manufactures bags and most of these bags have the artwork of the children supported by Chi Heng printed on them.  The Dean Service Corps team got the opportunity to see the making of these bags by the factory workers through the use of sewing machines. The tireless workers were more than willing to teach us how to do what they do every day. They were patient; and with smiles on their faces guided us through every step of making bags that we got to keep as permanent reminders of our meaningful trip to Henan. 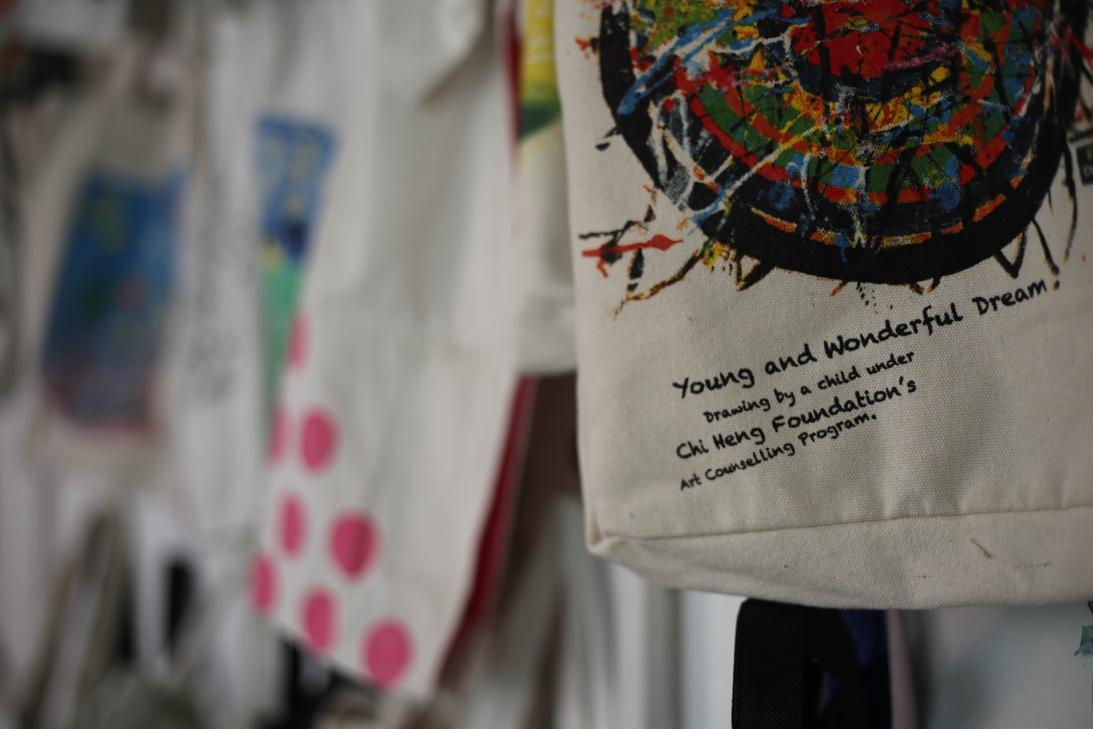 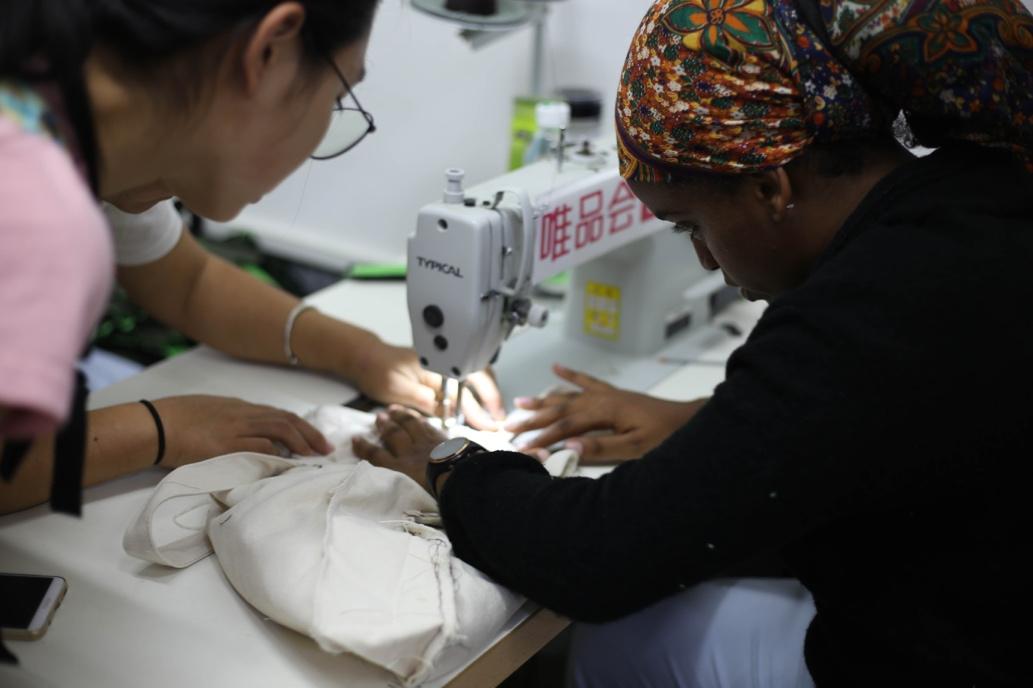 I believe that the 2018 service trip to Henan was a success. We took a lot away from the experience. We bonded with each other during the long bus rides. The happiness of the children we met made us laugh. And we will carry away a greater awareness of the challenges of living in the most remote and in rural parts of China. This experience was nothing like daily life in the bustling car-filled streets of a skyscraper city. Our five nights in in the suburban town of Zhoukou were truly magical. When we visited Shenqiu county, where the schools, families, farms and factory were based, we discovered it was a place of street vendors during the night and humble farmers ready to work bright and early during the day. 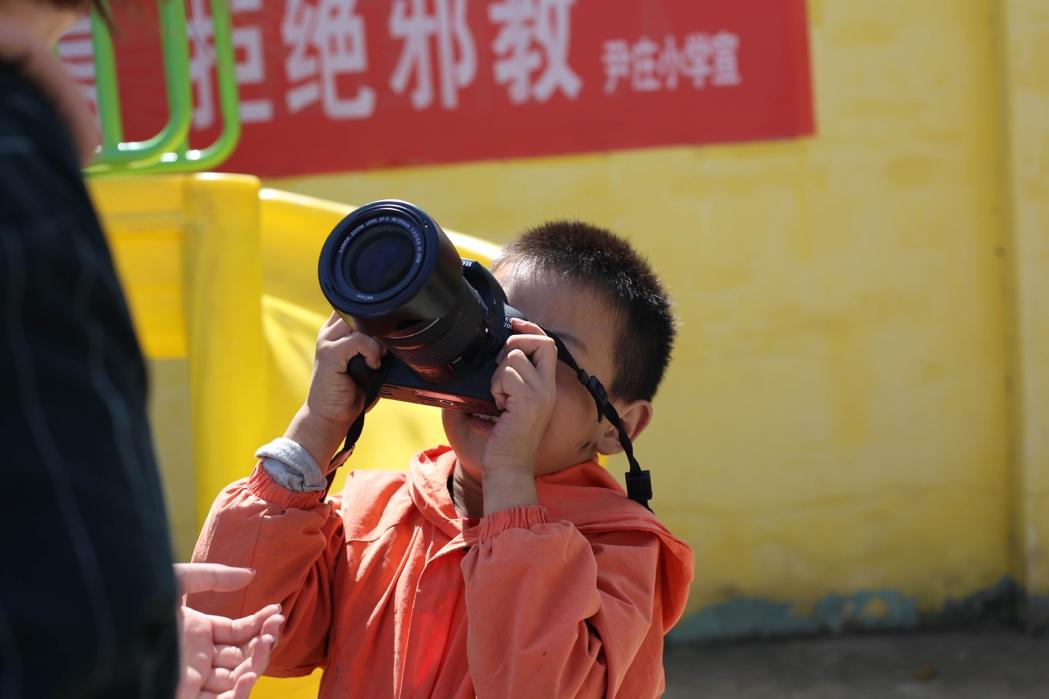 I feel hope for  the families impacted by HIV/AIDS. Despite the fact that these children were living in deep poverty, they seemed to be able to keep smiling, to keep going to school and preparing for a better future.  It was such an honor and great privilege to visit the places we went to and meet the local people. Regardless of the language barrier and unfamiliar faces, the team was able to find common ground and participate in activities that each individual  personally connected to. This once in a lifetime opportunity was originally meant to impact the lives of the kids, but has also undoubtedly changed our views as NYU Shanghai students, making us more grateful for all that we have, and mindful of those who are less fortunate.