A Two-Month Race: Supplying the Frontlines of a Pandemic 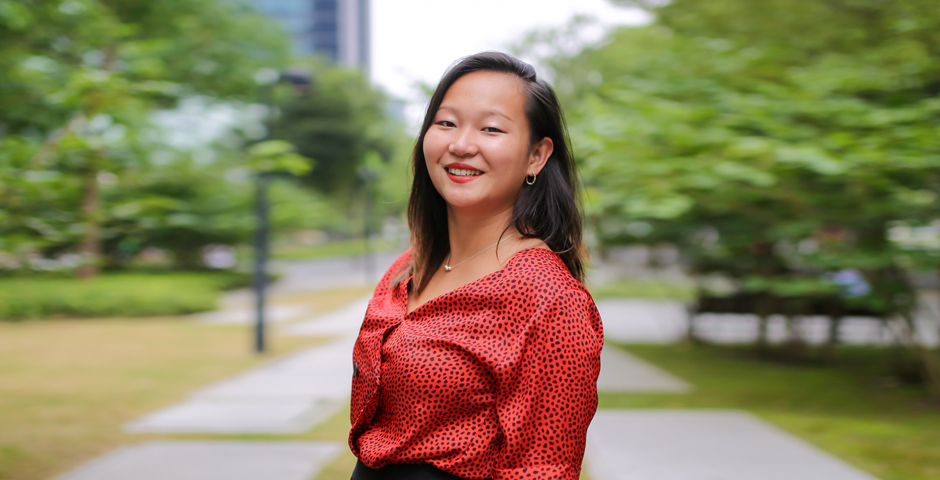 When she graduated as part of the first class of NYU Shanghai graduates in May 2017, Wang Ying ’17 never imagined that she would one day be working round the clock to find and buy lifesaving supplies to send to the front lines of a pandemic.

But in early March, New York City had become an epicenter of the COVID-19 epidemic and was dangerously short of ventilators and other medical supplies and equipment. Wang’s company, Tractus Asia, the State of New York’s representative in China, was asked by their client to help source personal protective equipment (PPE) and other life-saving medical supplies. Wang became the liaison between the New York State government and hundreds of potential Chinese suppliers.

For Wang, the period between March and May felt like a non-stop race. “Time is life,” she says. “I wanted to help more people as much as I can.” Wang found herself working 20 hours a day - from 7 a.m. until 3 a.m. the next morning - assessing Chinese vendors of ventilators, masks, thermometers, surgical gowns by day, and taking conference calls with New York clients by night.

“Everything was happening so quickly. No one knew where to get all of these medical supplies and personal protective equipment in such a short time,” Wang recalls. “But no one folded their arms and stood aside. We all knew our deadline was ‘as soon as possible.’”

With the clock ticking, Wang had to navigate many challenges she had never dealt with before, from policy approval procedures to complicated benefit entanglements, to miscommunications caused by asymmetric information and breach of contract. Wang says she was grateful for the “problem-solving mindset” she had developed during her years on Century Avenue. “The emergency management, negotiation skills, and global perspectives I learned at NYU Shanghai helped me accomplish these seemingly impossible tasks.”

When her friends - including then-Chancellor Yu Lizhong - started helping her spread the word via social media that she needed to buy ventilators, dozens of questionable suppliers started surfacing. “I was lucky that I recognized the frauds in time,” she says. “Seeing some people go crazy about profits made me realize the importance of always keeping your eyes peeled.”  In the end, after many sleepless nights, she was able to help New York buy 106 ventilators from four different local vendors.

Wang, a native of China’s Anhui province, says her connection to NYU Shanghai also helped her land her job in the fall of 2019, after she had completed a two-year management trainee program at Heineken. “My NYU Shanghai background gave my interviewer confidence in my professionalism,” she says.

With New York’s COVID-19 situation stabilizing, Wang has returned to her usual responsibilities of helping startups and small and medium-sized enterprises from New York enter the China market and promoting foreign direct investments from China to New York. “I’m lucky to have worked under the pressure because of COVID-19, which not only greatly improved my professional ability but also let me see the value of my job,” says Wang, who is looking forward to continuing in the field. “I want to continue to work in my current position and enhance China-U.S. trade business relations.”