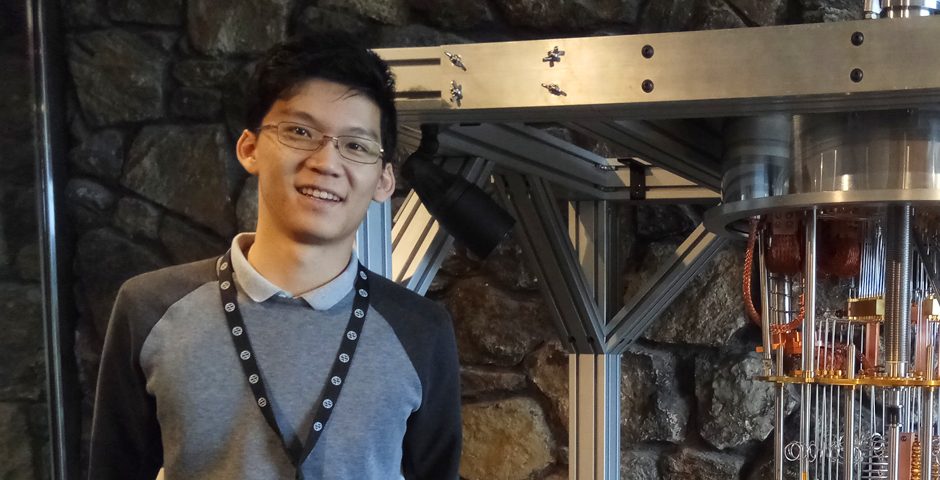 Eric Song Yilun ’20 has known he would be a scientist since his high school days in Suzhou. At NYU Shanghai, Song hit the ground running, pursuing research opportunities almost as soon as he arrived on campus. In just four years, he has gone from an eager freshman to an author of two papers in leading science journals around the world.

In his first year, Song joined the quantum information research group run by Assistant Professor of Physics, Tim Byrnes, and began by assisting with daily operations for the team, such as handling student paychecks and communicating with lab equipment manufacturers. But before long, he was tackling research questions as well, becoming an author of one of the team’s papers, Adiabatic entangling gate of Bose-Einstein condensates based on the minimum function, published in Physical Review A, a leading journal in the fields of atomic, molecular, and optical (AMO) physics, quantum information, and related fundamental concepts. 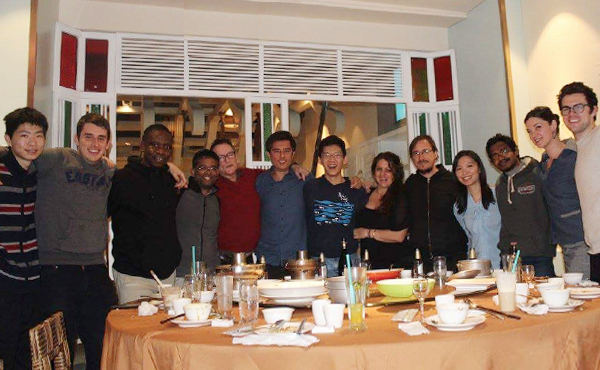 In 2018, Byrnes connected Song with Jonathan Dowling, a theoretical physics professor who leads a top quantum information research group at Louisiana State University. Byrnes and Dowling were helping the University of Science and Technology of China's (USTC) Quantum Science Experimental Satellite Research Team with their experiments on the Micius quantum satellite. Song became the main liaison between the three parties, working mainly on quantum steering and ultimately giving a report at one of Dowling’s research group’s seminars.

The paper he wrote in 2019 on this subject was later published in the Journal of Statistical Physics, another leading publication.

“Eric's strong point is that he is extremely efficient and very proactive with any opportunities, but not in a pushy way,” says Byrnes, noting that Song has already collaborated with two other top-tier research groups — Dowling’s and USTC’s. “We are still finishing off another publication now, so that would be three publications as an undergraduate student, which is rather impressive.” 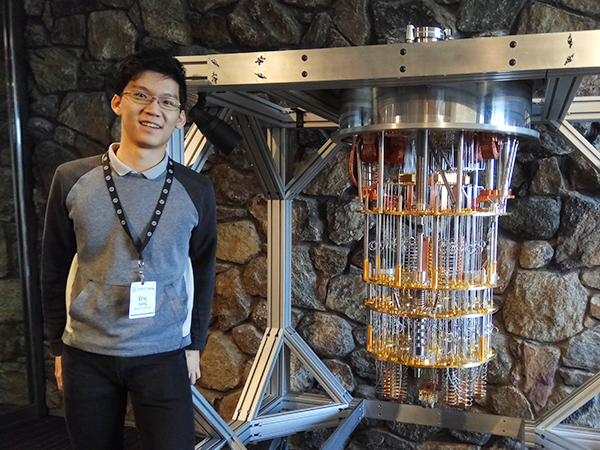 Science aside, the experience of working on a transnational research project also taught Song many valuable life skills, such as writing proposals and communicating clearly with others. “So many people were involved in this proposal, and they were scattered across the globe,” says Song. “So I had to keep in constant contact with collaborators over email. Even though everyone was busy, these emails still had to communicate complex ideas clearly.”

“My advisors were very busy people,” says Song. “So I had to figure out how to present my findings in a way that they would understand in the shortest time possible. Then I would maximize the amount of time I had with them, so that we could spend it talking about the results of findings and the next steps.”

Beyond his demanding academic schedule, Song was also an active member of the NYU Shanghai STEM club, and served as the organization’s president in his sophomore year. Song helped organize “quiz shows” with the Quiz Bowl club revolving around STEM topics. He also served as a bridge between students and faculty and staff, ensuring that students could have a voice in determining which classes were taught each semester by organizing student-administrator dialogues with Vice Dean of Science in Arts and Sciences, Nicholas Geacintov.

“Yilun stands out because of his professionalism and organizational skills,” says Byrnes. “Despite the heavy academic workload, he has always managed to find time to participate in a number of activities while also completing projects and meeting his obligations.” 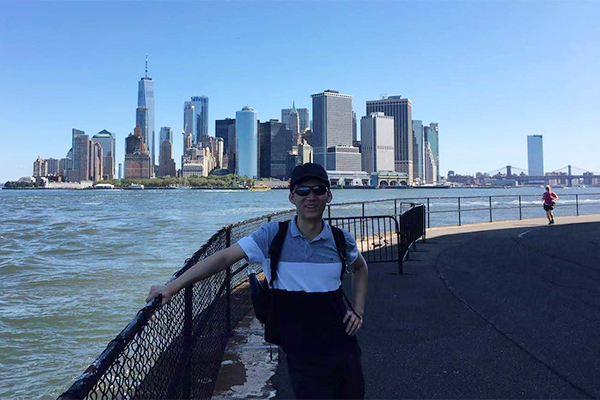 Eric Song Yilun on Governors Island during his study-away in New York University.

Even with two academic papers under his belt, Song still finds time for hobbies — trying out new recipes with his roommates and appreciating the arts. While he was studying away in New York, he frequently attended symphonies at the Lincoln Performing Arts Center and Carnegie Hall, as well as performances of Shakespeare in Central Park.

“New York is full of art and culture and sights to see. I would often visit the various islands around Manhattan and Central Park,” says Song. “When I was exhausted from research, these places were a balm.”

It’s no surprise that when it came to graduate school, Song fielded offers from several top physics PhD programs — NYU, Brown, Boston University, and the University of Colorado Boulder. Song decided to accept the offer from Colorado, where he hopes to study with Nobel Prize winner Carl Wieman and other physicists who have made great contributions to AMO physics.

Looking back on his four years at NYU Shanghai, Song says he is grateful for the journey of discovery he was able to take, not just in the lab, but within himself. “I knew that this would be an uncommon journey on an uncommon path — a path which would bring many experiences, and many more possibilities.”