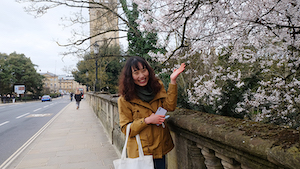 One of just five humanities students to receive the award, Ma Haitian ’20 will use her €25,000 Amsterdam Merit Scholarship to pursue a dual Master's in Preservation and Presentation of the Moving Image at the University of Amsterdam, where she will study collecting, archiving, and curating audio-visual media such as film footage and audio files.

“It’s not my first time to apply for [the scholarship], but this time my dream came true,” said Ma, who recently earned a master’s in Comparative Literature and Critical Translation from Oxford University on a Clarendon Scholarship. Ma said she believed her previous experience in art and historical studies, as well as her non-profit and creative activities at NYU Shanghai helped her secure the scholarship.

By acquiring skills in curating audio-visual media, Ma said she hopes eventually to be able to “re-animate erased cultures and histories through forms beyond text.”

“I feel lucky, excited, and grateful. It is the result not just of my own but moreover the consistent support from my professors and mentors at NYU Shanghai such as Associate Professor of History and European Studies Alexander Geppert, and the peers in my undergraduate and graduate studies who brought me intellectual sparks to compose the application,” Ma said.

Current Study: Environment, Culture and Society MSc at the University of Edinburgh

Adele Kramber ’20 will use a Collaborative Doctoral Partnership, sponsored by the United Kingdom’s Arts and Humanities Research Council (AHRC) to fund a PhD in Human Geography.  Kramber plans to focus her research on the role that schools radio broadcasting in Scotland played in formulating ideas of national identity, citizenship, internationalism, and environmentalism among its young listening audience. Kramber will work with supervisors from the University of Edinburgh, National Library of Scotland, and BBC Scotland. “I am looking forward to learning from the three institutions and collaborating to work towards discovering more about Scotland's cultural heritage,” Kramber said.

Kramber’s project is an extension of an undergraduate capstone project on the role of cultural heritage as a post-flood development strategy in Fengdu, Chongqing, which she completed under the supervision of Assistant Professor of Practice in Environmental Studies Travis Klingberg. She also credits her experience conducting archival research with Assistant Professor of Environmental Studies Yifei Li on the Zaanheh Project. “These past archival research skills will be used further during my PhD studies,” Kramber said. 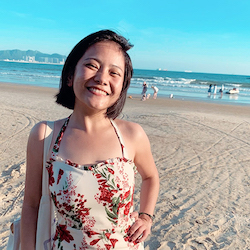 The first NYU Shanghai student to apply for and receive a China US Scholars Program Scholarship from the Institute of International Education, Liu Yixuan ’21 said she plans to use her scholarship to support an oral history project on Chinese immigrants in New York City. Under the guidance of NYU Associate Professor of International Education Sebastian Cherng, Liu plans to conduct interviews and observe closely the lives of Chinese immigrant families in New York City to gain greater insight into the lasting inequalities caused by the Chinese hukou system. Liu’s research will build on her senior capstone, which focused on access to educational resources among Shanghai’s migrant worker population.

“I did not expect to win this award since I did not start to prepare until one month before the deadline and I thought I would not make it to the final round,” said Liu, who left her job as a management trainee at a high-tech company soon after winning the scholarship. “CUSP changes my career plan so that I can pursue my academic interests at this point in my life. I plan to apply for graduate programs while doing my research in New York.”