Six Chinese men survived the Titanic, but what happened to them after?

On October 21, NYU Shanghai hosted a screening of The Six, a new documentary about the six Chinese men who survived the sinking of the RMS Titanic in 1912. Just 24 hours after arriving on rescue ships in  New York City with the 700 other survivors, the six Chinese passengers were expelled from the United States, never again surfacing in the innumerable histories of the shipwreck and its survivors.

Arthur Jones, the film’s Shanghai-based director who set out in 2015 to find out what came of these survivors, attended Thursday’s screening and shared with the audience how the difficulty of unearthing these never-before-told stories reflected the xenophobia, racism, and anti-immigrant policies of both the past and present day.

“The Six” has been shown in festivals around the world including Canada, China, Thailand, and this month premiered in the United States, where it was nominated Best Historical Documentary by Washington DC’s Immigration Film Festival. In China, the film is being streamed and broadcast across video platforms like iQiyi and Youku, where viewers can see a short sneak peek of the film. How did this story find you and convince you to tell it?

Almost six years ago, my friend Steven Schwankert came to me and suggested that we make a documentary about the Chinese survivors of the Titanic. “There were Chinese people on the Titanic?!” was my immediate reaction. It’s a sentence I’ve heard a lot in the years since - pretty much every time we have told people about the film we are working on. The fact that no one seemed to know about the Chinese on board the most famous shipwreck of all time is precisely what spurred us on to finish what at times seemed like an impossible task.

There were more than 700 survivors of the Titanic, and almost all of them are well known, at least in their country of origin. When I was a child, we lived opposite the house of an elderly woman who had survived the Titanic. Everyone knew about her. If you check online now, you can find her year of birth, her children, the story of her life, her story on the Titanic. And the same is true of all the other survivors. Except our six men.

Why were these men on the Titanic and how did they manage to survive?

They were professional sailors, but on the Titanic weren’t working as sailors—they were passengers on the lowest decks. And they were able to, with lots of savvy and skill and knowledge, get to the top deck quickest by going a different route and were able to find empty places in lifeboats.

Why were their stories forgotten? What was the existing narrative as you began researching and filming?

The more we looked, the more we suspected it had something to do with the rumors published in British and American media in 1912 that implied the six men had acted dishonorably to save themselves. But did those terrible accusations – that they had dressed as women to get places on lifeboats, that they had hidden, or were stowaways - have something to do with the discrimination that an entire generation of Chinese faced as they went out into the world to work, and settle? The story just seemed to get bigger and bigger, and the task of sorting out fact from fiction at times seemed insurmountable. 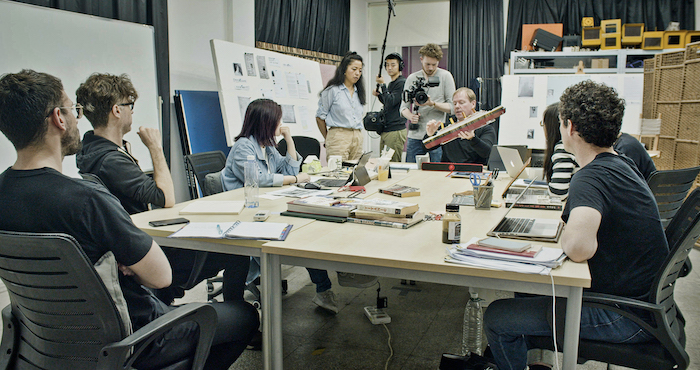 Behind the scenes (image courtesy of thesixdocumentary.com).

What were your biggest setbacks during this project and how did you overcome them?

What was hard about the research related to the way that Chinese history gets transcribed overseas and in China, especially with the naming systems and the fact that names were really unreliable. We had 8 passenger names and 6 of them survived, but even the spelling between those two lists was different. The ages change between the lists and even where they were from changes--one of them says China, another says Hong Kong. We had several genealogists who turned us down and said, ‘We’re really sorry, it’s just too hard to track family history for overseas Chinese—they lose one out of three characters in their name as soon as they go to the US or UK or wherever, and you don’t really know who they are and where they came from.’

The result of the immigration system was that Chinese people completely justifiably went to great lengths to change their identity and hide who they were, so on a research level that was really difficult.

Something we overcame was how hard it was to make a story out of this research project. On a film level, how do we make this into a watchable film? And that’s why post-production took well over a year.

How does the reception from online viewers in China compare to that of global audiences?

In the world of documentaries, there’s this thing that happens called reversioning—you make something and you recut it for a different market. I always push back on that. I push back against the idea that Chinese audiences are fundamentally different once you’ve got them watching a film in the dark of a cinema. Of course, there’s baggage that we bring to stuff, but on the whole, I don’t see a distinction between audiences, or I definitely don’t look for it. My way to make films is honestly to make them and cut them until they stop making me feel uncomfortable. For me, it’s not about seeking perfection, it’s like working at it like a piece of clay until it doesn’t look terrible.

The general reaction across the board has been the same—a lot of ‘8 out of 10’ saying they really enjoyed it. I think some people might expect it’s going to be like Titanic, the film.  “What’s with all this paper? Why are we in a library? What about the shipwreck?”

We’re telling the story through the eyes of the researchers, which I think is a bold decision. To do it that way and not make it some very traditional documentary told through a narrator who tells the whole story, but for it to be more uncertain—that’s the way I wanted to do it.

A lot of online reactions have been stuff like, “Oh my god, I cried,” or “We took our son, and he’s never been interested in history but thought it was so cool and now he wants to be a researcher!” And that kind of reaction has been true everywhere we’ve shown the film. 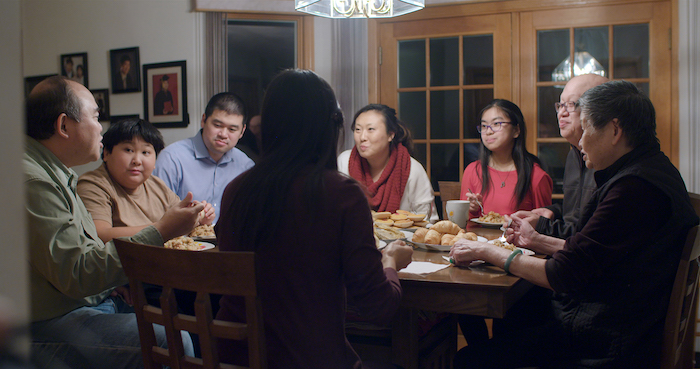 Still from The Six (image courtesy of thesixdocumentary.com).

Have more discoveries been made since filming ended?

I’m pleased to say that we haven’t had anything major yet. People will email and say, “That guy in your story, my friend’s uncle is him,”  and then you investigate and it turns out they had the same surname but can’t really confirm anything. If it looked like it had legs, we’d definitely go for it, but there are a lot of false leads, because people want to be connected to the Titanic story—it’s not surprising.

And now we’ve opened the doors a little bit on the Chinese story. We’ve removed the reasons why people didn’t want to talk about it before, the sense of, ‘Is there something they did wrong?’ That sort of thing has disappeared, and I think we’ve put that to rest. And the fact that other people see Tom Fong [the American-born son of one of the survivors] and his family telling the story makes it okay because he and his family were so open and so sweet about everything that I think it gives everyone else permission to do it.

Learn more about The Six here.