When matter absorbs light, interesting things begin to happen. Light of sufficient energy is able to rearrange the electrons that form bonds between atoms. Molecules in their excited states can then undergo photochemical reactions that would otherwise not happen. Skin cancer is an example of the result of such photochemical reactions, occurring when a person’s DNA is damaged from exposure to too much UV radiation from the sun. Simulating these excited-state dynamics can lead to breakthroughs in understanding the photochemical mechanisms in these systems, leading to new strategies to develop pharmaceutical or medical treatments that rely on photodynamic therapy, photo-pharmacology or radiotherapy.

In a recent study led by NYU-ECNU Center for Computational Chemistry at NYU Shanghai Associate Director and NYU Shanghai Assistant Professor of Chemistry William Glover with his co-author and collaborator NYU Professor of Chemistry and Mathematics Mark Tuckerman, researchers developed a type of artificial intelligence to predict photochemical reactions involving multiple states. Their research, “Machine Learning the Hohenberg-Kohn Map for molecular excited states,” was recently published in the journal Nature Communications, and their work was highlighted by journal editors as one of the 50 best recent papers in the field of inorganic and physical chemistry. 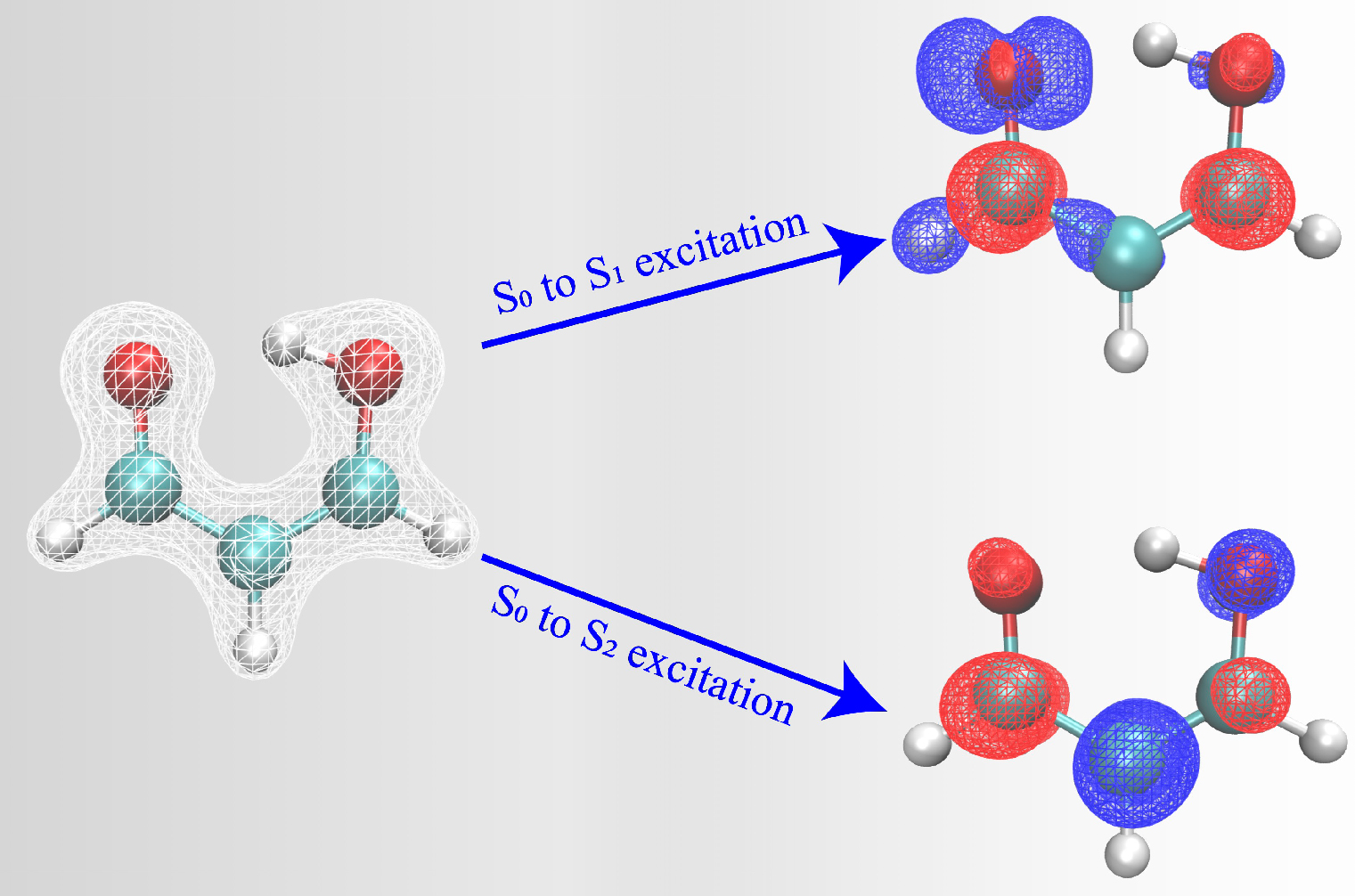 Calculating predictions for photochemical reactions can sometimes take months to be completed. The research team developed an approach to speed up the calculations, from several months to just a few weeks. The study used the Hohenberg-Kohn theorem, developed by French-American theoretical physicist Pierre Hohenberg, who was an NYU professor and taught at NYU Shanghai in its inaugural year.

After hearing Tuckerman present at an NYU Shanghai workshop on how machine learning technology can be used to examine the dynamics of molecules, Glover’s interest was piqued and the two began discussing collaboration.

Tuckerman’s group’s research showed machine learning modeling works well for the ground state of a molecule, Glover said. “We were motivated to extend the methodology that his group had previously developed and use it for electronic excitations,” he explained.

Making that leap wasn’t simple though. “We needed to think about multiple states with different electron configurations,” Glover explained. The group tried getting properties of one electronic state at a time, but that turned out not to work well, he said. “Particularly for when you're thinking about reactions involving a change of the electronic state,” he said, “then you need to have information about all of the states of interest.”

The key breakthrough, Glover said, was figuring out how to use machine learning to predict all the states at the same time, rather than one by one. This improved the accuracy of the predictions by more than a factor of two while speeding up the computations from months to weeks.

Chemistry PhD student Bai Yuanming, first author on the paper, was responsible for the coding and calculations essential to creating the model, said Glover. Bai hit a roadblock when he modified a source code template to make a new version for excited states. The first version didn’t work as expected, but starting over from scratch with a second version of the code made the project go more smoothly from there.

Glover praised Bai’s commitment to the research despite the challenges. “He stuck with this project through the ups and downs of it,” he said. “That, I think, is really a testament to his ability as a scientist.”

Tuckerman and Glover said the impact of the research could be extensive and Glover said he plans on optimizing the model for future research. “We can develop more sophisticated models that will actually make the calculations even easier once you get them going,” he said. “I could imagine next steps in which we use our machine learning models to predict the result of light absorption by molecules in complex protein environments, to understand in detail how photosynthesis works.”

“The sky is the limit,” said Tuckerman. He emphasized exciting possibilities in the applications for photodynamic therapy, a new area of medicine where light-targeted drug molecules in their excited state become pharmaceutically active. In this application, potential side effects are much less. “It’s a really very elegant approach to medicine,” he said.

Cross-campus cooperation in computational chemistry among NYU’s global network is thriving, said Glover, in part because of the sheer number of theoretical and computational chemistry scholars on the three campuses. “The support that the NYU global network provides to encourage collaboration and bring all these people together, I think has been absolutely essential,” he said. “It really put us on the map in the sense that other groups out there notice and want to work with us.”