A record 18,713 students applied for admission to NYU Shanghai in Fall 2021, a 12 percent increase over the previous year. International applicants from countries other than the United States spiked by a remarkable 53 percent, despite the COVID-19 pandemic. Applicants from the United States, who still represent the majority of international applicants, also grew by 6 percent.

Earlier this month, NYU reported that it had received a record 100,000 applications for first-year admission to all three of its degree-granting campuses – New York, Abu Dhabi, and Shanghai.

“With its three global campuses and academic centers around the world, NYU was able to respond with lightning speed at the start of the pandemic by shifting students to other campuses or study-away sites, and creating the ‘Go Local’  program. I don't think there is another university anywhere that can match the options we've provided to our students,” said Annie Lu, Director of Admissions at NYU Shanghai.

The nearly 19,000 applicants -- 2,246 of whom are from China -- will compete for a chance to take one of 500 spots in NYU Shanghai’s Class of 2025, likely making this fall’s freshman class the most selective since NYU Shanghai was founded nine years ago.

“Students from around the world are connecting with NYU Shanghai’s unique mission, and applying in numbers that really demonstrate that excitement. This year is shaping up to be one of the most competitive pools we’ve seen yet,” Lu said. 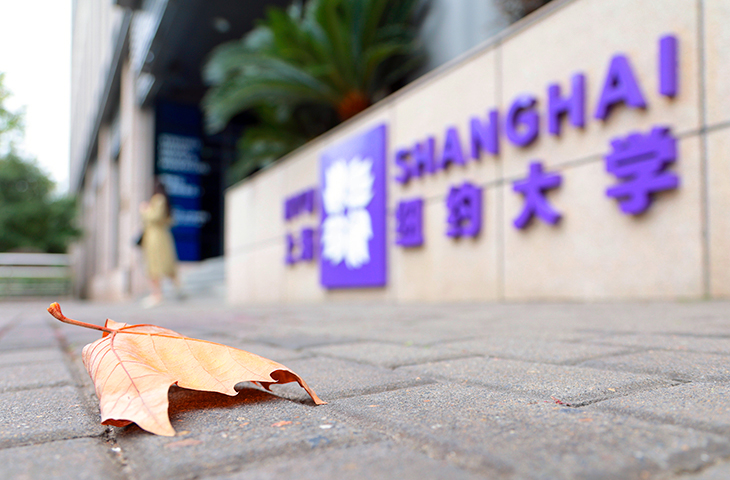 NYU Shanghai currently consists of nearly 2,000 undergraduate and graduate students.  Half of the student body is  from China, while the other half come from over 70 countries/regions around the world. A faculty of more than 200 scholars recruited from the world’s best research universities work with students to pursue a rigorous liberal arts education that will prepare them to become globally-minded graduates adept at cross-cultural communication and cooperation.

Upon graduation, students receive two diplomas: An NYU degree (the same degree granted at NYU’s New York and Abu Dhabi campuses) and a Chinese-accredited NYU Shanghai diploma. Some 60 percent of the recently-graduated Class of 2020 chose to further their education at top universities including Harvard University and Cambridge University, while 40 percent of the graduates joined the workforce, earning job offers from leading employers such as Morgan Stanley, Alibaba, and Facebook.

Last year a record 157 students enrolled in NYU Shanghai master’s and PhD programs. “Over the last five years, NYU Shanghai has leveraged our relationships with NYU’s top graduate schools and steadily broadened our offerings for graduate students in Shanghai. We are enrolling more and more talented and ambitious students to our programs and are very much looking forward to continued growth and achievement,” said Eric Mao, NYU Shanghai Associate Dean of Graduate and Advanced Education.