According to Hundman, “Rogues, Degenerates, and Heroes” is the product of years of archival research and exhaustive interviews that uncovered highly detailed biographies and comprehensive accounts of the decision-making processes of the two subjects – one an officer in the Palestinian Liberation Organization (PLO) in the Lebanese Civil War (1975-1989), and the other the first Qing-dynasty governor of the province of Taiwan, who served as commander of Qing forces on the island during the Sino-French War (1883-1885).

The study’s blend of historical research, political science theory, and engagement with other academic disciplines results in an examination of military decision-making that the award committee described as “innovative, interdisciplinary, and advancing historical methods beautifully.” By comparing disparate cases that nonetheless arrived at similar results, Hundman and Parkinson are able to theorize conditions for military disobedience that are applicable across the bounds of nationality, culture, or type of military organization.

Drawing upon existing organizational behavior research that is rarely applied to military organizations, Hundman and Parkinson develop a “relational approach” emphasizing the many layers of their subjects’ identities, allowing them to closely examine motives that go beyond basic concepts of military loyalty and discipline. Ultimately, Hundman and Parkinson find that their subjects committed acts of disobedience not because of oft-cited lack of training or poor field conditions, but rather because of their complex ties to social networks beyond the military chain of command. 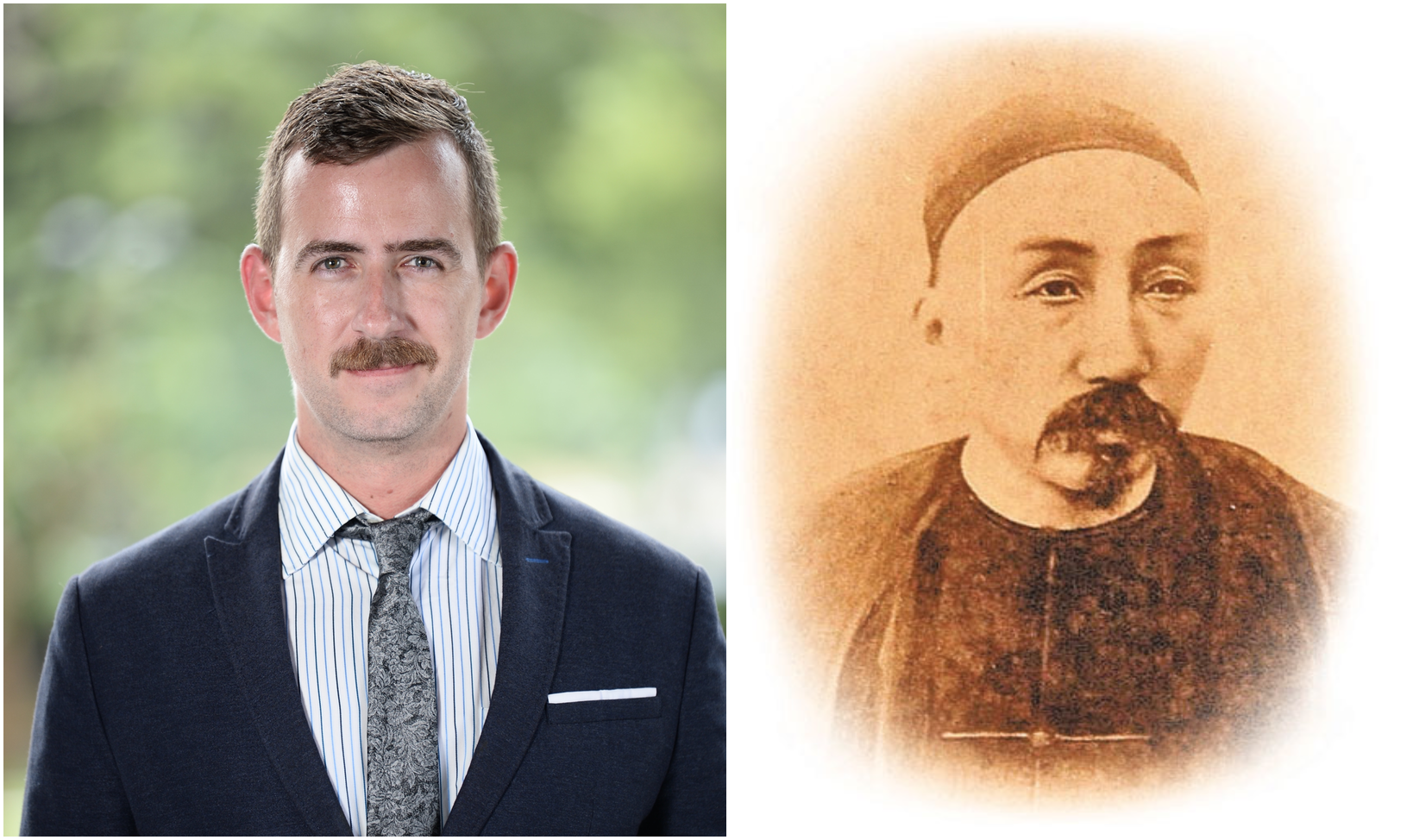 Hundman (left) and Liu Ming-ch’uan, the first Qing-dynasty governor of Taiwan and one of two case studies presented in “Rogues, Degenerates, and Heroes.” According to Hundman, although Liu is a well-known figure in Taiwan and Qing history, little was previously known about his act of military disobedience.

Hundman and Parkinson assert that their findings have implications for all kinds of political events, from the success of diplomatic missions to changes in military policies that affect a broad range of civilian-military interactions. They also have immediate relevance to threats of violence against protesters in the contemporary political moment in the US, Hundman argues.

“With what we're seeing in Portland, if police or paramilitary organizations were ordered to fire on protesters, we would want them to disobey,” Hundman says. “Our theory has something to say about when that is most likely to happen and how, down the line, we could encourage people to disobey immoral or illegal orders.”

Their study also speaks to another contemporary political issue – the question of how identity labels can often fail to predict individuals’ political views or actions. Hundman and Parkinson’s subjects ultimately made their decisions to disobey orders not because of generalized labels like class, race, or national origin, but because of complex loyalties to informal intra-military groups and local communities. Ties to other individuals, each with their own complex identities, were ultimately what influenced Hundman and Parkinson’s subjects to defy the obligations associated with their identities as military officers in a chain of command.

“Our research shows that identity is constantly being negotiated, and it's rooted in your ties to other people,” Hundman says. “Other people are ultimately what determine what you learn, how you understand the world, what you think is proper, and what causes you support. That's all rooted in your connections to others – your social networks, as we put it.”

Title image: An 1884 painting of a battle in the Sino-French War by Japanese printmaker Utagawa Kunisada III (Source: Wikimedia Commons)