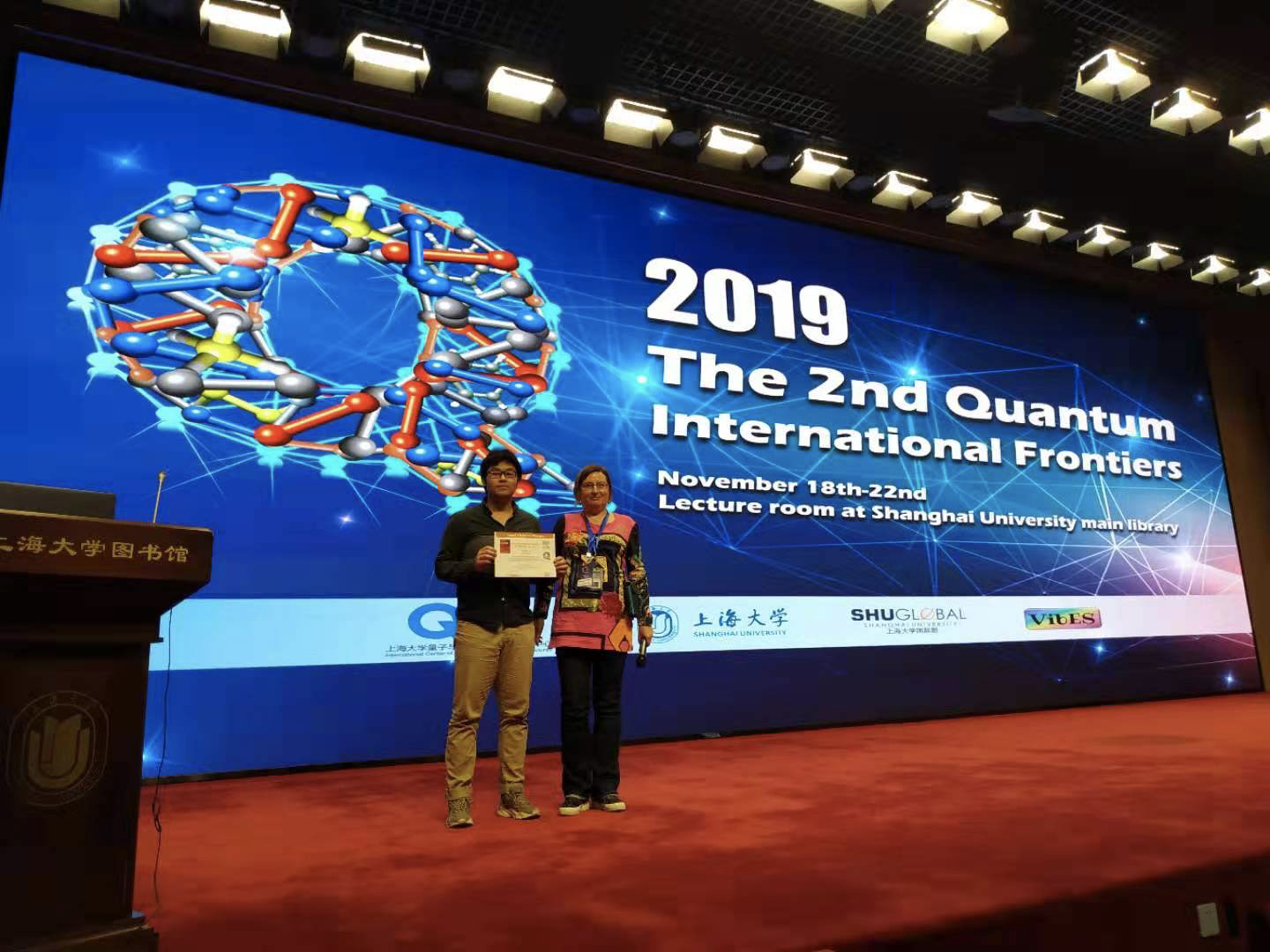 The Quantum International Frontiers Conference is a fast-growing conference sponsored by the Journal of Molecular Structure -- a leading chemistry journal. Some 80 renowned scholars from all over the world gathered at Shanghai University this year to share research directions, techniques, and new ideas in the quantum sciences. Competition entries were evaluated based on scientific content, originality and quality of the research, poster design, and the presenter’s communication skills and knowledgeability.

Li said he decided to study the response of molecules to light because of its many practical applications. “A molecule will enter an excited state after absorbing light. In that state, it can have some unusual chemical reactivities. For example, one mechanism of skin cancer is related to this excited-state reactivity -- after being exposed to ultraviolet (UV) light, DNA may be damaged, and this can introduce errors in the DNA replication process This is how mutations are triggered,” Li said. “If we are able to understand how this process happens on the molecular level, we may be able to find ways to stop cancer causing mutations.”

One of the most challenging aspects of Li’s research is the extraordinarily complicated nature of molecular structures and their movements, the tracking of which require a large number of calculations. Using existing methods, it would be infeasible to simulate the movement of large systems like DNA by using quantum mechanics. So Li developed a new method of computation to accelerate the process.

Working with Professor Glover, Li fragmented large molecular systems into smaller chunks, and used high-performance computers to perform independent quantum mechanical calculations on small fragments of the system. They then summed the small calculations up in a way that retained high accuracy even as it achieved many more orders of magnitude in computational efficiency than a single calculation on a full molecular system and reduced the computation time from hours to minutes. Li and Glover then validated their calculations by comparing results from the new fragmental method with results from the existing full-system method. 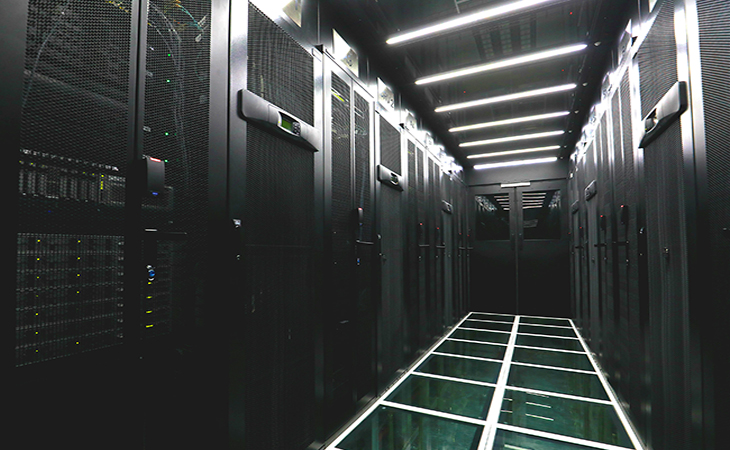 “Xingpin's research has shown that such a fragmental approach works extremely well for the challenging case of predicting the color of a dye molecule in a liquid environment,” Glover said. ”This foundational work opens up the possibility of understanding the detailed motions of excited electrons and atoms in complex systems...and in the future will aid in designing new light-responsive molecules, such as radiosensitizers for cancer treatment and fluorescent proteins for biological imaging.”

Another innovation Li applied to his research was the use of hundreds of graphics processing units (GPU) to run his computations, rather than central processing units (CPU). GPUs are widely used in video games to process graphics, wherein large numbers of polygons are used to generate vivid three-dimensional environments. The team leveraged the similar mathematics behind the use of polygons in graphics processing to calculations used in molecular simulation. Most computational chemistry software is CPU-based, but the team used Terachem, a GPU-based software of which Glover is one of the developers.

Li is now working on extending this calculation method to simulate the dynamics of chemical systems in response to excitation. He says he is thriving here at NYU Shanghai. “I’m really interested in the research I’m focusing on, and Professor Glover has helped me a lot,” Li said. “We also received strong support from NYU Shanghai. For example, they provided the high-performance computers, and we could not have achieved our goals without them.”

Professor Glover said he is also pleased with their achievements in computational chemistry, “One of the biggest advantages of the Chemistry program here is that we have over 20 faculty from the NYU-ECNU Center for Computational Chemistry at NYU Shanghai working on computational chemistry, which makes us one of the largest and most competitive institutions in this field. Xingpin’s work is supported by a collaboration with Professor He Xiao’s group at ECNU.”