Design Expo is an annual event in Seattle, Washington, where eight design schools around the world are invited by Microsoft Research to run a semester-long design studio on a particular theme. This year's theme was disability, where students were invited to imagine ways that the lives of people who are temporarily or permanently disabled might be made better.

Several student teams in Shanghai spent the semester researching the theme, conducting interviews with medical professionals and potential users, and designing a prototype project, in  Prof. Clay Shirky’s  Interactive Media Arts class. In May, a group of industrial designers and ethnographic researchers from Shanghai reviewed the student projects and picked Adaptool as the best project to present at at Microsoft's Design Expo competition in July. 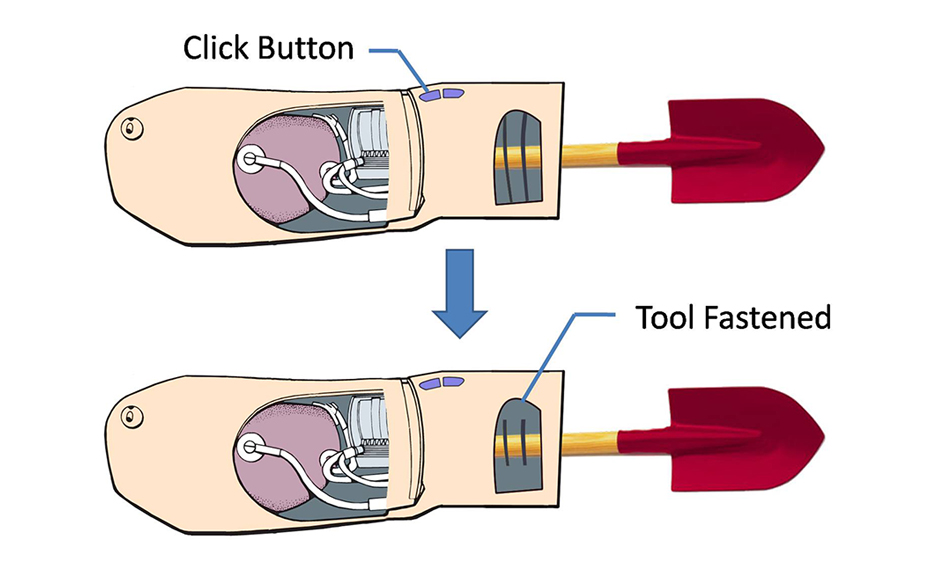 The NYU Shanghai team, the only all-undergraduate team in the contest, identified the problem of finding work for Chinese citizens with below-the-elbow amputations. (One early statistic from their  research indicated a staggering 73% unemployment rate for this group.) Since replacement hands are finicky and expensive, without providing the full range of human grip options, the group researched the possibility of creating a direct tool attachment, which they called Adaptool, which would attach to the amputee's arm. and accept various forms of tool handles interchangeably.

They presented their work to a three-judge panel of design professionals and an audience of Microsoft employees and the other design teams at Design Expo. After seeing the presentation, judges awarded Che Wang, Ellina Nurmukhametova, Kadallah Burrowes, and Tong Wu the “Most Impactful” award, given to the project that would create the greatest benefit were it implemented.