NYU Shanghai has had to adapt to many changes due to the COVID-19 pandemic this year -- including the size of our student body, as some 3,500 “Go-Local” students -- China-based undergraduate and graduate students who were unable to travel to their home campuses at NYU and NYU Abu Dhabi -- joined us for the 2020-21 academic year.

While the visiting students spend most of their time at temporary campuses near NYU Shanghai’s Century Avenue campus, students from both “Go Local" and NYU Shanghai have also made efforts to bring the two communities together.

“We have to acknowledge that this is an exceptionally challenging year for everyone, but it is also an unprecedented opportunity to tie up the relations between the NYU and NYU Shanghai campuses,” said Dustin Chen Baolong NYU ’24, who joined the NYU Shanghai Student Government this fall as an Assistant Director for the Student Life and Residences Committee.

Chen, one of 11 Go Local students to participate in the NYU Shanghai Student Government, works as a liaison between his classmates and to transfer event posters and announcements to the Go-Local buildings.

This fall, in order to promote further integration between the NYU Shanghai Student Government decided to create several assistant director slots for their NYU and NYUAD classmates.

“We did not want them to feel excluded in our community given that inclusivity and a familial atmosphere is what we strive for,” said Student Government President Taylah Bland ’21. “Providing the best possible experience for all students, irrespective of which NYU campus they are from, is our top priority. The inclusion of Go-Local students into our Student Government was the natural course of action.”

Go-Local students have helped the Student Government consider all perspectives when planning events and initiatives, Bland said. The connections the students have forged will be lasting, she said, as they have already hatched plans to collaborate further with peers in New York and Abu Dhabi and throughout the NYU Global Network.

Claire Gu Siwei NYU ’24, who has worked with the Student Government Events Committee on activities such as the community-wide Thanksgiving dinner, the “Catch Me If You Can” game, and the Easter Egg hunt, said that joining NYU Shanghai’s government helped her integrate more quickly into college life.

“‘Go-Local’ students in Student Government act as “information transfer platforms” that work really well in bridging students of the two campuses,” Gu said. “It’s an incredibly fulfilling experience to be the one who transmits information.” 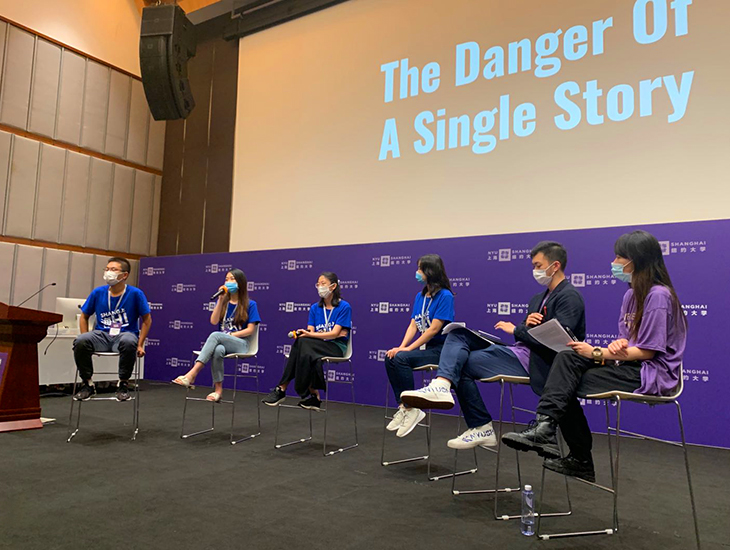 Zhao Qinglin NYU ’21 signed up to be a peer ambassador in order to share her NYU expertise on everything from cultural diversity to academics and extracurriculars with new students. As one of the panelists during the Orientation Week session, “The Danger of Single Story,” Zhao said she spoke about how to keep an open heart and value the uniqueness of each of the NYU campuses.

“I wanted to transmit a strong sense of diversity and openness to younger peer students,” said Zhao. 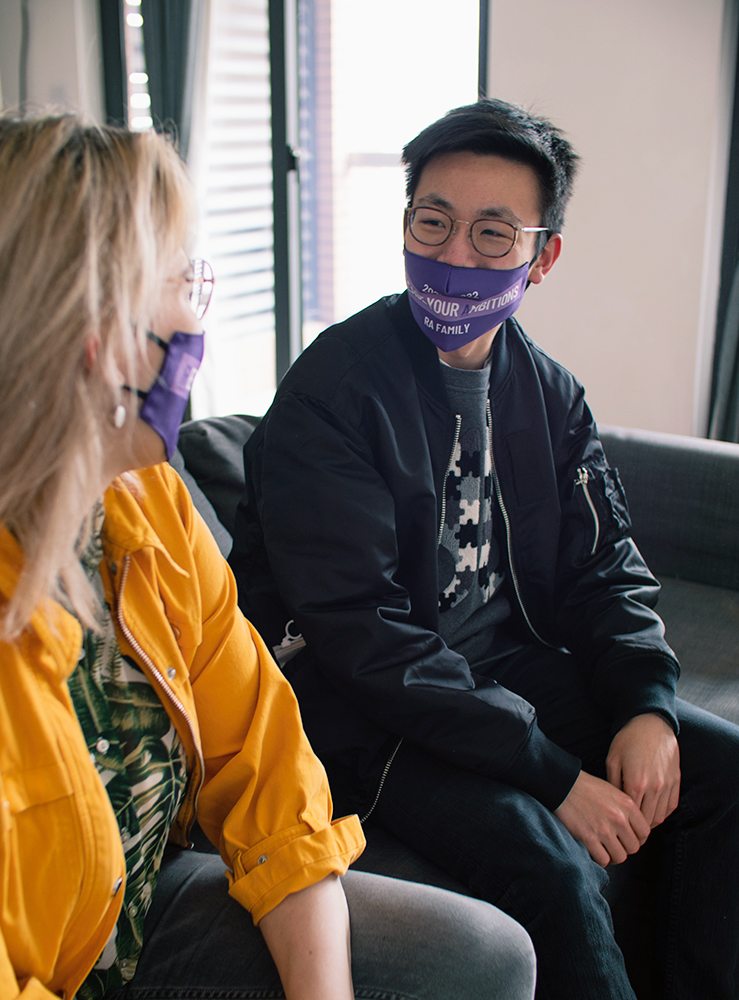 Missing the feeling of being involved in a tight-knit community, Billy Gong Yihan NYU ’21, a veteran resident assistant on the New York campus, chose to continue the same role at NYU Shanghai last fall. Not only does he supervise and serve as the first responder for some 50 students on his floors in the Jinqiao Residence Hall, he leads and designs educational programs on community bonding, service, diversity, and social justice for dormitory residents.

“Having been a residential assistant at NYU Shanghai for one and a half semesters, I don’t regret my decision,” Gong said. “I have found my community here through the job and some of my best friends are from my floor and the team. I cherish the memories and friendships I made here in Shanghai, and they will definitely be some of the best highlights from my college career.”