Class of 2020 Signs On to Countdown to Commencement

More than 430 members of the Class of 2020, faculty, and staff signed on from locations around the world to a live online countdown to graduation party on March 28th. Produced by the NYU Shanghai 2020 Student Commencement Committee, the countdown event, dubbed “88 上海”, included musical performances, nostalgic and funny quizzes, lucky draws for gift cards and Shanghai Disney tickets, student-created videos expressing love and gratitude for NYU Shanghai and filled with scenes from the last four years.

This year’s countdown party, usually held 88 days before graduation, was in fact 26 days delayed due to the ongoing challenges posed by the COVID-19 pandemic. The Academic Building, where the celebration traditionally takes place in the ceremonial rooms on the 15th floor, has been closed to students since January.  And with seniors dispersed across China and around the world since the beginning of the crisis in January, the Class Committee turned to the internet to host an alternate celebration - a telethon-like livestream hosted by Lucas Jiang ‘20, from the cafe of the Academic Building. The event was held in the evening Shanghai time so that classmates in European, African, and American time zones could all attend. 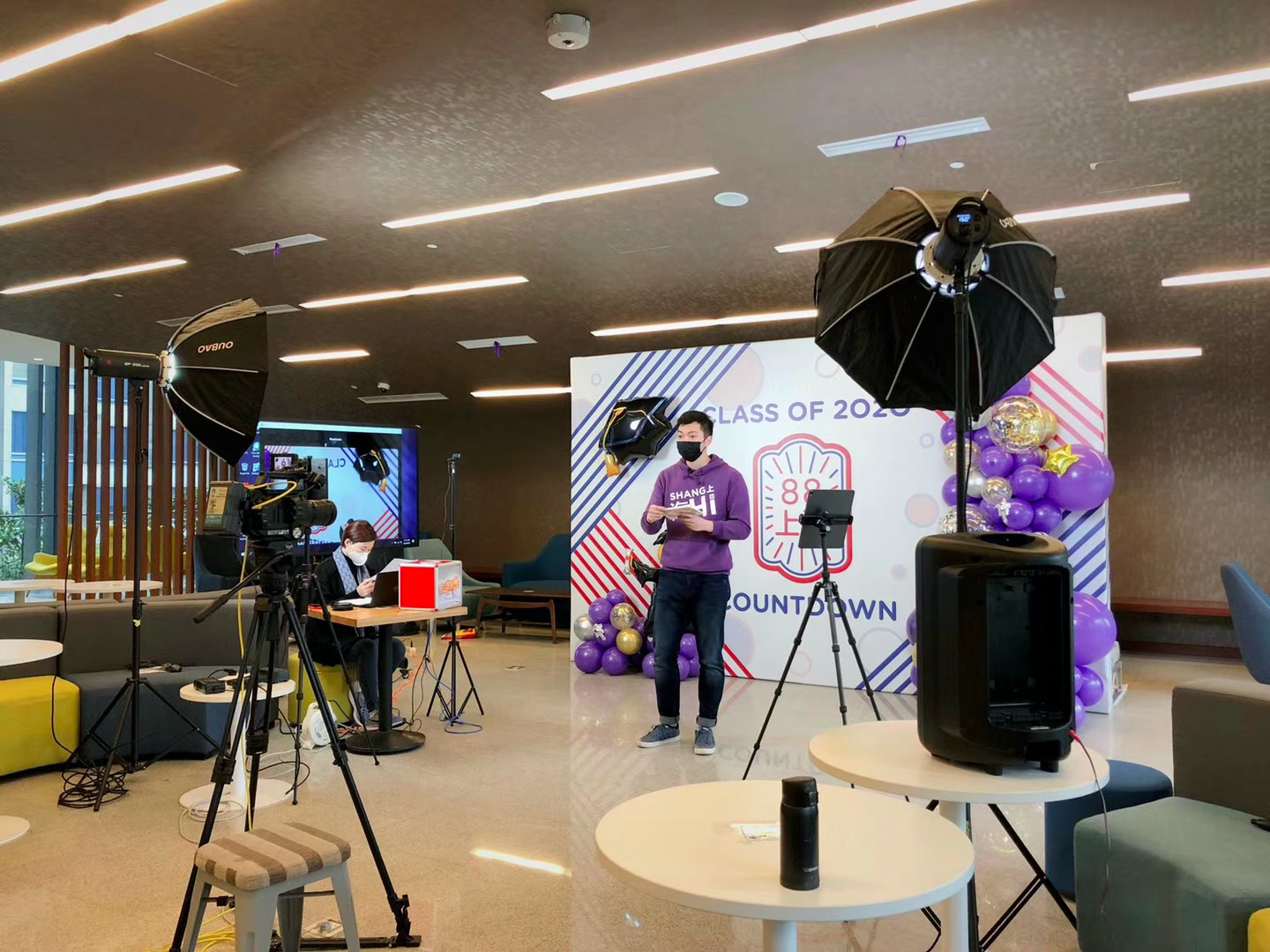 Lucas Jiang ‘20 was rehearsing in the studio transformed from the cafe of Academic Building for the live event.

The broadcast was interspersed with calls to the online audience to vote for “Senior Superlatives” such as “the one who sleeps most in class” and “orders Waimai most,” and raffle draws from a pool consisting of the first 50 students to repost the event on the social media.

As classmates played the guqin, or serenaded the audience with a Green Day song or pictures from freshman year popped up in the livestream, viewers sent violet heart emojis across the screen and commented in real time: “I miss NYU Shanghai more than I thought possible!” “It’s only 10 am and I have teared up twice.” “Why’d I wake up early to cry?” wrote students.

Chancellor Yu Lizhong and Vice Chancellor Jeffrey Lehman each gave short speeches, congratulating seniors on their upcoming graduation. Lehman recognized that the Class of 2020 has been facing challenges “unlike those faced by any of your predecessors.”  He encouraged them to put the values they learned at NYU Shanghai to work “in a world that will need them more than ever.”

The celebration concluded with a virtual toast over Zoom with Chancellor Yu and some 100 members of the class. Class Committee members were relieved to have successfully pulled off the event.

Many last-minute obstacles and postponements had threatened the live countdown, said Amy Jan Ernst ‘20, so she was grateful that things ran smoothly.  “I was amazed at all the loving comments flooding the chatroom. My worries were eased and I just relaxed and enjoyed the event like my classmates.”

“To be honest, I was not expecting much before the event but the scale of the audience and how impassioned my peers were really eased my pressure during the live-streaming,” said event host Lucas Jiang ‘20. 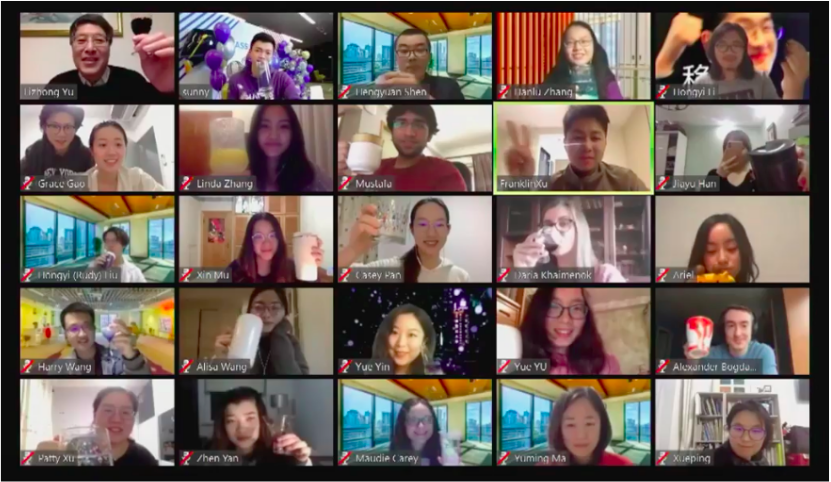 Students made a virtual toast with Chancellor Yu over Zoom

The Class Committee plans for the virtual celebration to continue throughout the semester, launching a countdown website that will enable class members to post their thoughts and memories of the last four years. OAs, RAs and alumni are also invited to post videos on the website.