COVID-19 has forced countries one by one to implement dramatic shutdowns and close borders to all but their own citizens, sending domestic and global economies into a deep freeze. As the first to experience and fight the ravages of the outbreak, China was the first to put entire cities  under lockdown, shut down transportation links, and end business-as-usual throughout the country. According to the National Bureau of Statistics, in the first two months of 2020, Chinese industrial output fell by 13.5 percent, while the official Purchasing Managers’ Index plummeted to a record low of 35.7 in February. The unemployment rate rose to 6.2 percent, compared to 5.2 percent of last December. Retail sales volume dropped by 20.5 percent.

Now that it appears that the virus infection rate has been brought under control in China, what can we expect looking forward? As China’s factories and businesses re-start and workers return to offices and assembly lines, how will the world’s second largest economy regain its footing, if at all? Three experts from NYU Shanghai share their views. 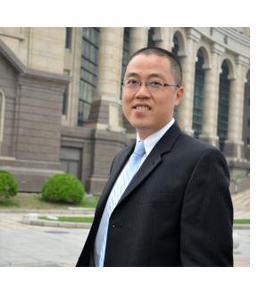 “The virus has a huge negative impact on real economic activities in the short term due to the extreme measures that have to be taken to contain the spread of the outbreak in China. The extent to which the virus will affect GDP in the long run depends on, in the order of importance: a) the time it takes to find cures and vaccines for the virus; b) whether and when major economies can contain the outbreak; c) the effectiveness of stimulus policies in China and around the globe.

I think China will be the first country to recover its economy but it won't be 100 percent back to normal unless all the countries have the outbreak under control.

The negative impact on unemployment will be mild at most. The Chinese government is very experienced and can be very efficient when facing crises. The government will take all the measures necessary to mitigate the negative impact on unemployment, including subsidies to small and medium size enterprises, encouragement of restarting economic activities, lower interest rates, and providing liquidity in financial markets and banking systems.

As to the impact on the global supply chain, some countries, including the U.S., are discussing bringing some manufacturing industries back to their homeland. I don't think it is a feasible strategy in the long run because companies are always profit-driven. China is called "the  world’s manufacturer" because it can provide plenty of highly-skilled workers at competitive cost. As long as globalization continues to prevail, China will keep this title.

The virus might have a profound effect on consumer' behavior. The luxury goods industry will suffer the most. Durable goods, including real estate, automobiles, will also take a hit.” 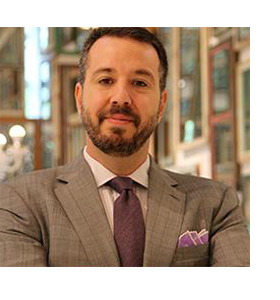 Rodrigo Zeidan, Associate Professor of Practice of Business and Finance

“Unemployment is surely to rise and GDP to contract, the first recession in decades. Authorities should care about the former but not the latter. The average Chinese family saves much more than their Western counterparts, but the government should create ways to insure people against the worst of the crisis.

The sectors that will take the longest to rebound will be real estate and some service industries, including, of course, tourism. For the first time in a generation, families will care about maintaining liquid assets, instead of investing most of their wealth in physical assets. Residential real estate will be down for a while. The tourism sector is going to be devastated. Many restaurants and bars will close for good. Recovery is going to take over a year. There is repressed consumption that will help some sectors rebound, though. People are eager to resume normal lives.” 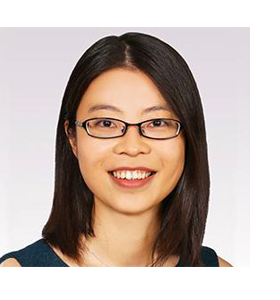 “COVID-19 is taking its toll on markets and significantly reshaping our everyday lives. In order to prevent infection, households choose to stay at home and avoid going out to restaurants and department stores. These brick-and-mortar businesses are experiencing a hard time coping with the faltering domestic consumption. As most economic regions are severely hit by the pandemic, declining exports will continue to weigh on small businesses and suppliers in China.

Nevertheless, we have also seen that changing consumer behavior is stimulating the emerging sectors that support remote working, online shopping, and entertainment, as well as reviving old industries that produce healthcare products. To combat the economic adversities caused by the pandemic, central and local governments have announced a series of stimulus packages, including providing subsidized loans to small-and-medium enterprises and reliefs from contribution made to the provident fund, and administering preferential taxes to companies wrecked during the pandemic. By facilitating a fast and targeted rescue, the government could minimize the economic repercussions caused by sudden demand and liquidity fallout.”