International Women’s Day is on March 8, so we asked members of the NYU Shanghai community to tell us about—and show us—the women that inspire them. Through mobile phones and laptop screens, they shared photos and told stories of the mothers, artists, friends, pop stars and judges that have made differences in their lives. “My mom played a huge role in me going from the US to China because she immigrated from Lebanon to the United States. She also started her own company, and she's taught me about perseverance, working hard, and reaching your goals.”  - Kevin Nader ’22 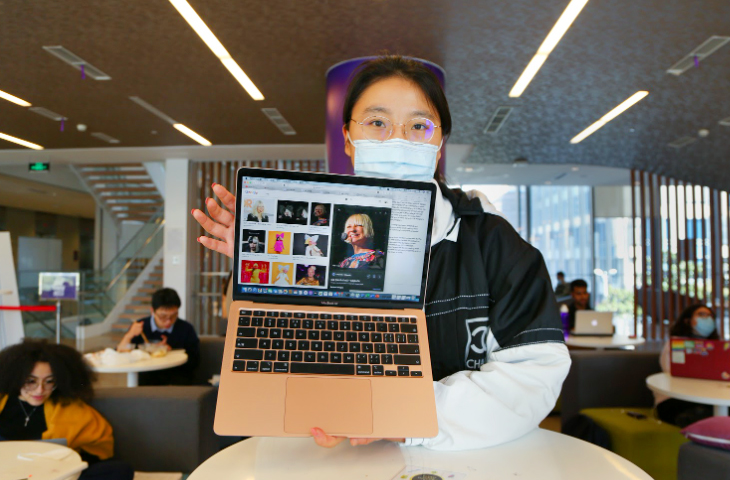 “This is Sia, the singer. With her songs, she inspires me to persevere and be strong and brave. She also inspires me to be myself and to show my power and possibilities.” - Chloe Wan Xinyang ’24 “My mom is so selfless. Really, she puts everyone before her. It's amazing how much she can do, just for one person—especially for me. She works hard and she has her own company, and she does everything herself.” - Astrid Matute ’22 “[The late U.S. Supreme Court Justice] Ruth Bader Ginsburg inspires me because she was a really successful judge, which is unfortunately traditionally a more male-dominated profession. I appreciate how she put herself on the line and had such an amazing career using her voice to speak up for minorities.”  - Lily Liu ’22 (刘楚乔) 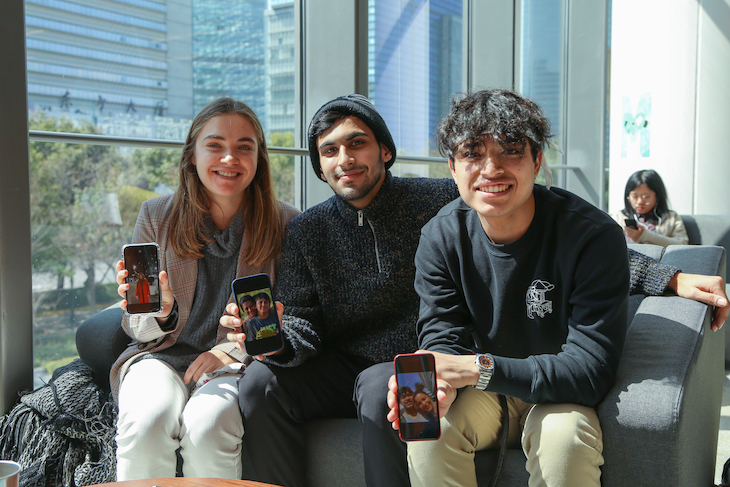 Valentina Dalmau '23, Dhruv Vaishnav ’23, and Santiago Hernandez '23 hold up photos of women in their families that inspire them.

"My sister inspires me. She’s one of the most hardworking people I know. She's going to graduate, and she's going to be getting the job she wants in consulting." - Valentina Dalmau '23

"Ever since I was little, my mom instilled a work ethic in me. She taught me about diligence and working hard for the things you want, because things are just not given to you on a golden platter. She said, ‘No matter how you're raised or brought up, always work hard for the things you want.’ Where I'm from in Texas, many people think that America is the only place to live, but my mom wanted me to understand that the world is big and beautiful and she wanted me to see it. I lived in Germany for a couple of years when I was little, and now I’m living in China—my mom played a very big role in that.” - Dhruv Vaishnav ’23 “My mom has the capability to mold herself into her surroundings, and that’s just really cool; I love that so much. She's lived in three different places over the span of 20 years, and every time she travels, she is able to integrate herself into wherever she goes. I find that astounding, and I want to be able to do that too—blend in with anyone and be able to live anywhere—that's my mom, she’s the most adaptable person I know. I think that's one of the best qualities a person can have, and that’s why I admire her.” - Santiago Hernandez '23 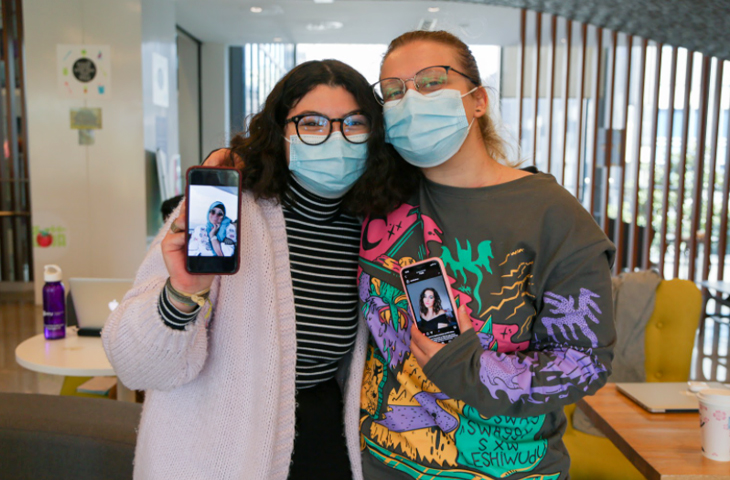 “This is my mom. She inspires me because despite being deaf and not having equal access to education resources, she still made something out of her life. She's so bright and trying to make a change in Morocco.” - Nour El Mansari ’23

“This is Natalia, one of my friends from back home in North Macedonia and she's one of the first people who got me acquainted with NGOs and organizations specifically for women in Macedonia. She's currently teaching girls in elementary schools about periods and reproductive health which is not something that anyone has ever done before in Macedonia."  - Bisera Alchevska ’22