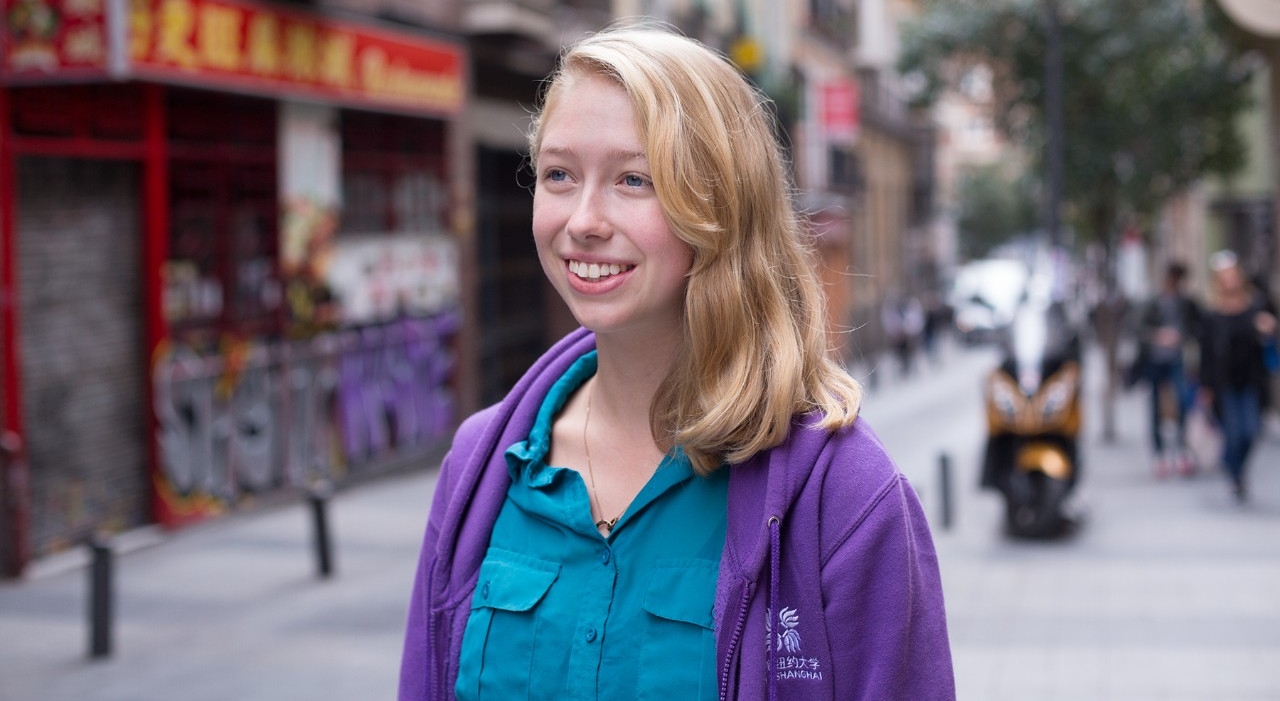 Enlightenment is a funny thing. You never know when it’s going to hit you. For Lizzy LeClaire, the moment of truth came when she found herself the only non-Chinese person in her Shanghai yoga class. The teacher was giving instructions in Mandarin and Lizzy, who was born and raised in Boston, understood what she was saying. “I’d been practicing my Mandarin, but this was a real litmus test,” says Lizzy, who is majoring in Global China Studies in order to gain an understanding of the country’s educational system. “For the first time, even as I was twisted into a pretzel, I felt accomplished and ready to go beyond the classroom.”

What Lizzy did with her new fluency was travel to a rural village in the Fujian Province to observe a small primary school. “Because many people in China are leaving the villages for the cities in search of work, small schools are being shut down due to declining enrollment. I wanted to see how this trend affected the teachers and students,” she says.

Education is highly valued in China, and although a school may have just a few students and maybe one teacher, there is still a strong desire to keep going. “I saw with my own eyes the excitement in the children’s eyes as they were being taught, and it made me realize that no matter where they live or what their parents do, kids want to learn,” says Lizzy. It was then she realized that educational activism, a movement that works to improve educational access for all children worldwide, was what she wanted to concentrate on.

“My time in China was so valuable as far as opening my eyes to the possibilities of advancing education in other rural areas, but I knew, to complete my studies, I would have to see other places,” says Lizzy. One of the countries on her wish list was Spain. “The reason I chose NYU Madrid for my junior year was to gain fluency in Spanish. I figured that by being fluent in three of the most widely spoken languages in the world, I could go wherever I was needed most.” Now in Buenos Aires, Lizzy is perfecting her Spanish. “My favorite part of being in Argentina is living with a host family and learning what they really value in life. Education is something that is held in high regard here, and it’s reaffirmed my commitment to improving educational opportunities in different parts of the world.”

This interview first appeared in the Spring 2017 issue of the NYU Quarterly.