Chancellor Yu expressed his pleasure with the building’s progress and sincere gratitude for the workers’ efforts and diligence.  Vice Chancellor Lehman explained to the construction workers how the NYU Shanghai logo- the violet color and torches, representing NYU, come together to form the magnolia, the official flower of Shanghai- is a symbol of the university’s footing in Shanghai, along with the tower they are building.

Though his hat was a bit small, a smiling  worker remarked, “The warmth we feel is measureless. We are very honored to be part of the NYU Shanghai project.” 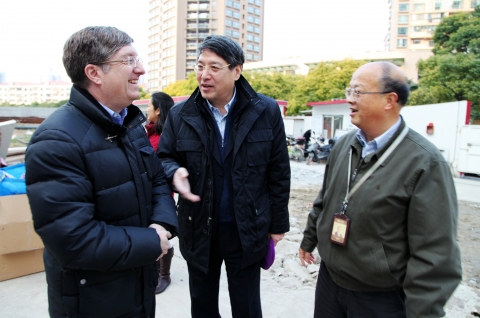 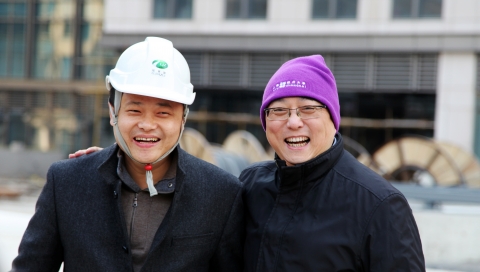 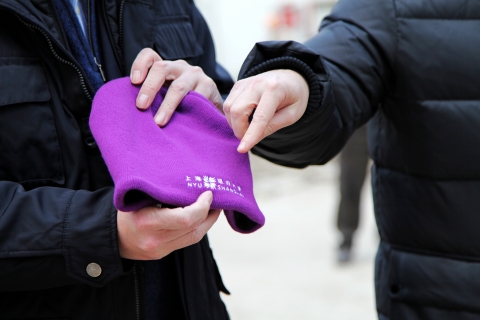 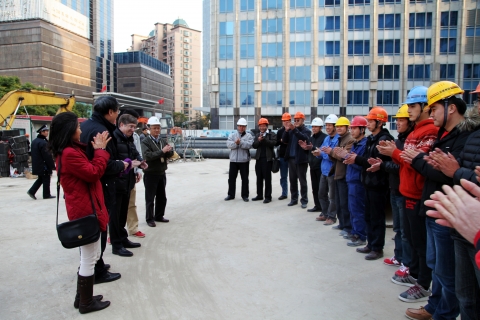