There's a saying that numbers never lie. But in reality, every day, numbers, statistics, algorithms, and graphs are being manipulated in ways that don't always convey the whole truth. The NYU Shanghai Library is hosting a year-long speaker series to help lay people - not just the data scientists - become data smart.

Co-sponsored by the Center for Data Science and Artificial Intelligence and the Committee on Critical Inquiry, the series features six faculty members from various disciplines and academic traditions who will address one “data problem” at a time, including  “Blind Spots in Machine Learning,” “Getting the Truth out of Opinion Survey,” and “Understanding Causal Inference.”

Vice Chancellor Jeffrey Lehman will kick off the data series with a talk on “Advocacy with Graphs” on October 30.

"It is much easier for people to see patterns in graphs than it is for them to see patterns in tables of numbers,” says Vice Chancellor Lehman. “Unfortunately, many graphs can lead us to believe we see a pattern that is not really there. By understanding a few basic principles of graphical representation, we can be more sophisticated readers of the graphs that others draw for us."

Lehman says his talk is adapted from a lecture he first developed for a class about poverty, inequality, and American welfare policy in the 1980’s. A group of students asked him to help them interpret the graphs they were seeing in popular newspapers. “I put together a lecture, and since then I have been asked to share it with various groups that have been wrestling with the issue.” 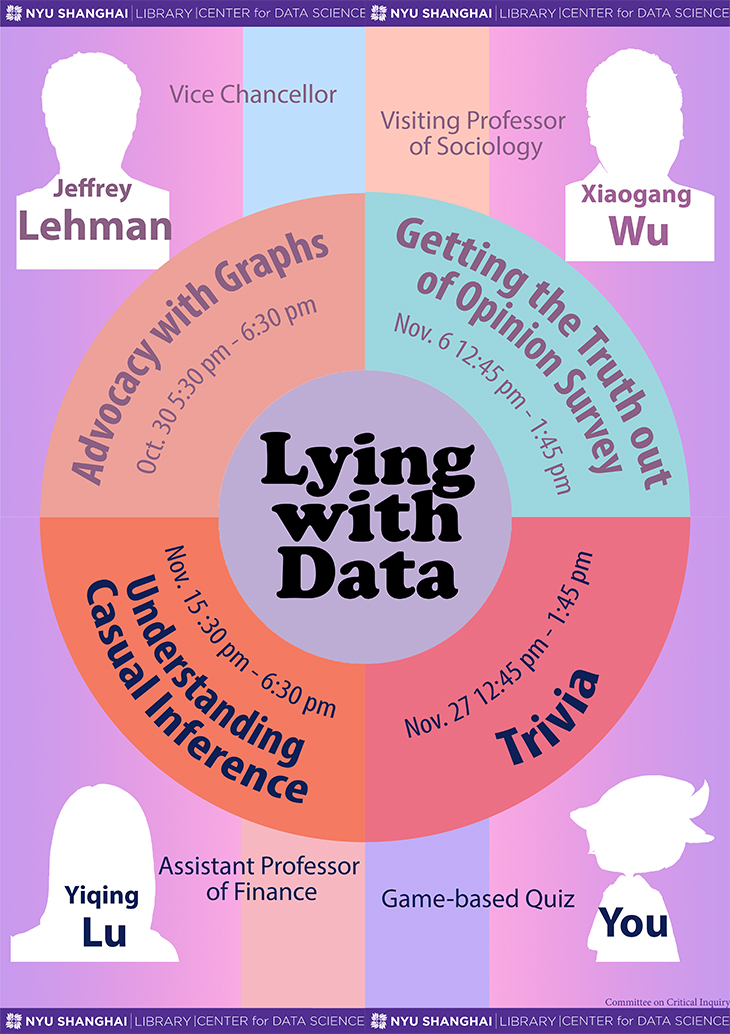