“We're very excited to be offering Bright Sheng a 'home at home' in our tenth anniversary year,” Provost Joanna Waley-Cohen said. “We anticipate that his presence on campus will intensify our students' already broad interest in both music performance theory as well as drawing attention to NYU Shanghai as a magnet for the very best international talent.”

Sheng is widely known for his Chinese and Asian inflected compositions – ranging from symphonies, to operas, ballets to choral pieces – which have been widely commissioned and performed by prestigious institutions such as the San Francisco Opera, the Lyric Opera of Chicago, Santa Fe Opera, New York City Opera, New York City Ballet, San Francisco Ballet, the New York Philharmonic, Boston Symphony, and others. He has spent the last 40 years conducting, composing, performing piano, and teaching at the University of Michigan.

“Shanghai is one of the most cosmopolitan cities in the world,” Sheng said. “Now moving back to my hometown and re-living as a Shanghaier is one of the most satisfying perspectives I could ask for.  Artistically, Shanghai has China's longest tradition in world cultures. I strongly feel I will fit right into NYU Shanghai’s ambitious arts program.”

This fall, Sheng will join NYU Shanghai’s music faculty and teach the course, The Art of Music Composition and Performance.“The purpose of the art and music classes we offer is to allow students the experience of being an artist and creating innovative inspirations,” said Sheng. “I am very excited about the university's commitment to developing its art programs at large. There are a lot of potential programs that could excel from existing ones. It is a most exciting time.”

In 2001, Sheng was named a MacArthur Fellow in recognition of  his abilities as “an innovative composer who merges diverse musical customs in works that transcend conventional aesthetic boundaries.” Sheng has also held fellowships from the National Endowment for the Arts, a Charles Ives Scholarship Award from the American Academy and Institute of Arts and Letters, and fellowships and awards from the Guggenheim, Jerome, Naumberg, and Rockefeller foundations. In 1999, at the invitation of U.S. President Bill Clinton, Sheng composed a work in honor of  the official visit to the U.S. of Chinese Premier Zhu Rongji. 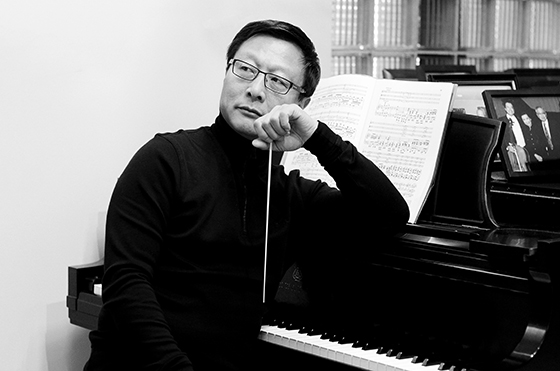 "My first encounter with Bright was in 2017 when the Shanghai Philharmonic Orchestra performed his opera Dreams of the Red Chamber and I was deeply awed by the beauty and the maturity in orchestration of his music.” said Yue Cheng, NYU Shanghai Clinical Associate Professor of Arts, and Principal Oboist at the Shanghai Philharmonic Orchestra. “Bright is the missing piece in the link between China’s music society and the world stage today. I am thrilled to have him on board and look forward to working closely with him this coming fall."

Born in Shanghai, Sheng began studying the piano at age four. During the Cultural Revolution, he was sent to Qinghai where for seven years he performed as a pianist and percussionist in a Qinghai theater and studied the area’s folk music. He left China in 1982 to move to New York City, where he earned his masters in composition from Queens College, CUNY followed by his Doctor of Musical Arts from Columbia University. In 1985, while a student at the Tanglewood Music Center, Sheng met his future mentor, Leonard Bernstein. Sheng studied composition and conducting with Bernstein and worked as his assistant until Bernstein’s death in 1990.