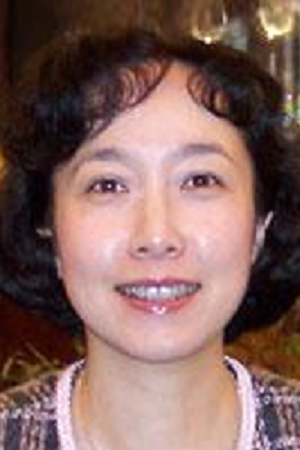 Zhihong Chen is a Research Professor at NYU Shanghai. She is currently holding professorships at both NYU Shanghai and Cornell University. She joined Cornell in 2005 and NYU Shanghai in 2014. She also was a Senior Research Fellow at London School of Economics (2008-2009) and taught at University of Virginia in 2001-2005. Trained in three countries and in three different fields, Chen received her BA in German language and literature from Beijing Foreign Language College, and her first MA in International Studies from Beijing Normal University. She then received her second MA and D. Phil. in International History and Sinology from Cologne University in Germany. She also completed an M.Ed. in College Teaching at SIU in the United States.

She has maintained an active research, writing, and translation agenda. Chen's published major works include: 1) Die China-Mission Michail Borodins bis zum Tod Sun Yatsens - Ein Beitrag zur sowjetischen Chinapolitik in den Jahren 1923-1925 (Mikhail Borodin's China Mission up to the Death of Sun Yat-sen: A Study of Soviet Policy toward China, 1923-1925); with the support of multi-archival and multi-source research, she is working on a comprehensive study on Borodin’s mission in China (1923-1927) in both English and Chinese languages; an award-winning translation of Origins of the Modern Chinese State, by Philip Kuhn (co-trans. with Chen Jian); a Chinese-English bilingual and multimedia book titled When China Meets the World on real-life business-cases reflecting China’s ever-expanding global economic engagement, which shows a culmination of her teaching and research accomplishments in the past decade.

Her current teaching duties fall in two areas: 1) “Chinese Business and Finance: A Bilingual Introduction” aims to help students develop oral, written and socio-linguistic skills they will need to function successfully in their future business careers. 2) “Reading and Viewing Modern China: A Bilingual and Multimedia Introduction” is designed to help undergraduate students use Chinese and English to conduct research on topics of modern Chinese history.