NYU Shanghai scientists, in collaboration with the teams from the ShanghaiTech University, Argonne National Laboratory and National Institute of Standards and Technology (NIST) have found and explained the emergence of an exotic magnetic state in oxide thin films. Their study was published in ACS Nano, an international journal in the field of nanoscience and nanotechnology.

Magnetism has been one of the most studied physical properties in our daily life. Usually scientists use a concept “magnetization” to characterize a magnetic material. “Imagine the magnetization as invisible arrows. Those arrows point in different directions in the material. When the direction of those arrows change, the total energy of the material will also change.” said Assistant Professor of Physics Chen Hanghui, who led the NYU Shanghai team. “In 2D materials, i.e. thin films, due to limitations including shape and thickness, magnetization tends to either point vertically (perpendicular to the film) or point horizontally (parallel to the film) so as to reach a stable state.” 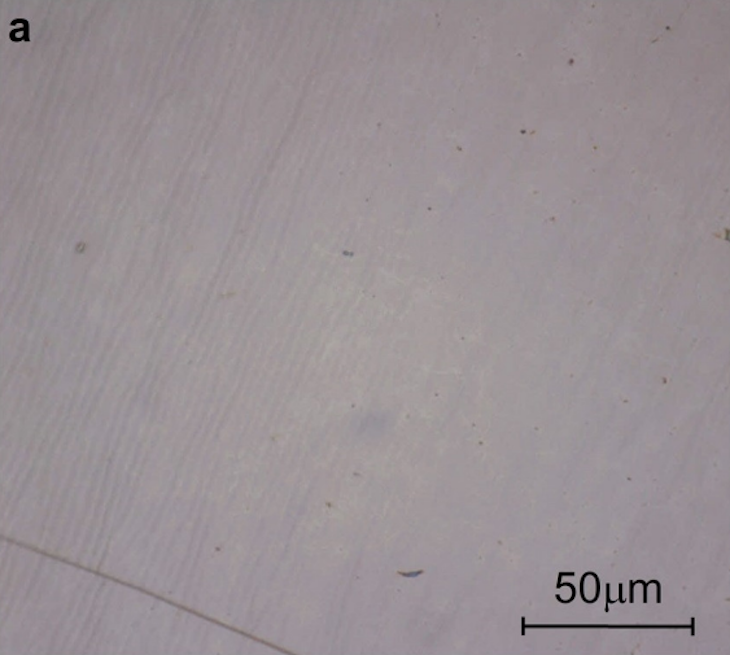 The team led by Associate Professor Zhai Xiaofang of ShanghaiTech used a water-resolving method to generate freestanding oxide thin films from a bulk material called Lanthanium Manganese (LaMnO3). When measuring the magnetization of the created films, the data surprisingly showed that the magnetization does not prefer vertically or horizontally. Instead, when the magnetization points along these two directions, they seem equally stable – a phenomenon known as “soft ferromagnetism.”

Chen’s team, specializing in materials theory, then set off to figure out the cause of this unexpected soft ferromagnetism property in the created oxide thin films. “We carried out first-principles calculations to model the system and after two years of work we were finally able to conclude that the soft ferromagnetism spotted in synthetic oxide thin films in this study is a consequence of the water-dissolving process when generating the films,” Chen said.

Proposed in 2016 by researchers from Stanford University, using the water-dissolving method to generate oxide thin films is still a relatively young field of research. Following this method, films are grown on water-soluble substrates, which are later dissolved in water, leaving only the target films “freestanding”. “Through analysis we found that during the dissolving process, hydrogen atoms from water enter the films, thus changing its physical property in an unexpected way,” said Chen.

Hydrogen atoms are difficult to observe using regular tools. Also, based on previous understanding of the water-dissolving method, researchers did not expect the water-dissolving process to affect the physical properties of the target films. In this study, researchers first noticed uncommon signals in the experiment data, which inspired them to further measure the hydrogen on the created films and finally explained the cause of this rare emergence of soft ferromagnetism.

“Though our study focuses on the LaMnO3 films, we tend to believe that the phenomenon of changing materials’ physical properties by the water-dissolving method is not limited to LaMnO3, but can happen to other oxide materials as well. The findings deepen our understanding of the water-dissolving method and might inspire future studies to consider more about how different creation methods can affect materials’ status,” said Chen. 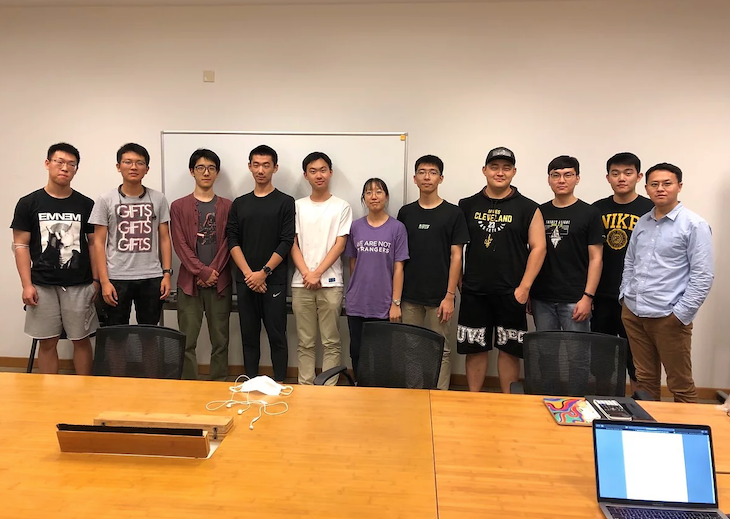 Liu Zhiwei, Chen’s PhD student from the N.E.T. Program (NYU Shanghai - ECNU Joint Graduate Training Program) shared the co-first authorship of the paper. “Liu is a great student with strong academic passions and diligence. Though it’s only his second year in the doctoral program, he already has multiple good publications, including one co-first-author paper published in PNAS last year (in collaboration with the researchers from Tsinghua University),” Chen said.